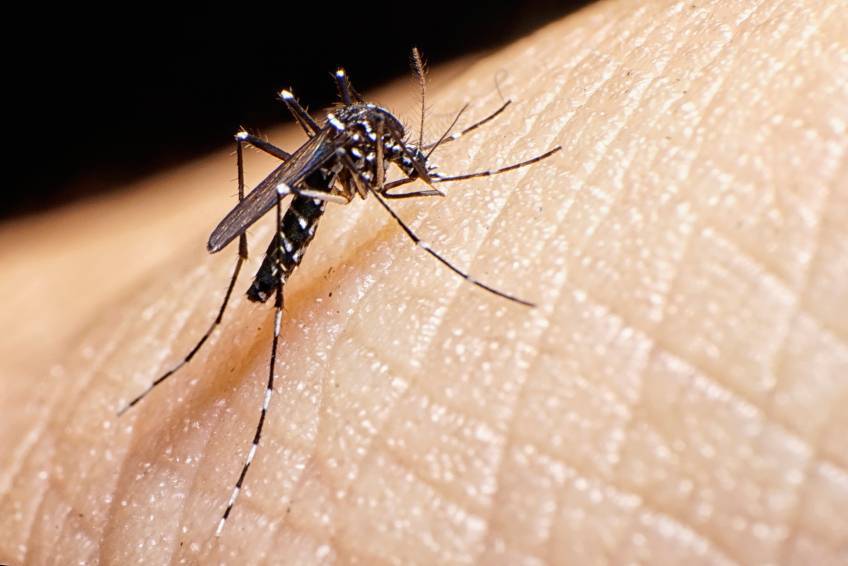 Genes from a common bacterium can be harnessed to sterilize male insects, a tool that can potentially control populations of both disease-bearing mosquitoes and agricultural pests, researchers at Yale University and Vanderbilt University report in related studies published Feb. 27 in two Nature journals.

The studies highlight the peculiar reproductive role of Wolbachia bacteria, which are found in the testes and ovaries of most insect species. Eggs fail to develop when fertilized by infected males, a process called cytoplasmic incompatibility. However, when females are also infected with Wolbachia, healthy embryos can develop.

In research published in the journals Nature and Nature Microbiology, Yale and Vanderbilt researchers report finding two genes encoded by Wolbachia that when introduced into fruit flies can completely sterilize male insects. The sterility is triggered by a specific enzyme mechanism operating in the sperm and embryo, Yale researchers report in the journal Nature Microbiology. The discovery may allow public health officials to control the size of insect populations by introducing sterile males into the wild.

“Females inseminated by these males only lay dead eggs,” said Yale’s John Beckmann, a postdoctoral researcher in the Department of Molecular Biophysics and Biochemistry, lead author of the paper in Nature Microbiology, and contributing author of a related paper published in the journal Nature. “If the sterilized males are released into problem areas we can eliminate insect populations.”

Wolbachia, however, is not found in some insects — most notably Aedes aegypti mosquitoes, which are the primary transmitters of diseases such as Zika and dengue fever. Understanding the molecular mechanisms of Wolbachia‘s effect on reproduction may help researchers produce sterile male Aedes by direct insertion of the genes. When released into the wild, these males could help control mosquito populations, said Mark Hochstrasser, the Eugene Higgins Professor of Molecular Biophysics and Biochemistry and professor of molecular, cellular, and developmental biology and senior author of the Nature Microbiology paper.

Materials provided by Yale University. Original written by Bill Hathaway. Note: Content may be edited for style and length.