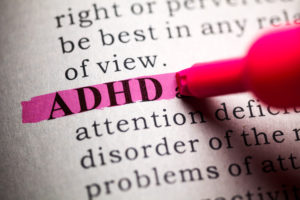 Gretchen LeFever Watson, then a clinical psychologist at Eastern Virginia Medical School, wanted to understand how many children had been diagnosed with attention deficit hyperactivity disorder (ADHD) at elementary schools in Virginia communities. Her findings among the 30,000 children she studied in the 1990s foreshadowed a national pattern: rates of ADHD varied widely among districts, and the rates in some communities were much higher than predicted. In some school districts, by the fifth grade 28% of boys had been diagnosed with ADHD. In other communities, being young for one’s grade increased the chances of being prescribed stimulants 20-fold. Her findings garnered national attention and additional research funding, including a major grant from the Centers for Disease Control and Prevention.

LeFever Watson’s success, unfortunately, was abruptly cut short after her medical school received an anonymous letter accusing her of academic fraud. She was placed on administrative leave, and her computers were confiscated. After a university investigation found no evidence of fraud, she was vindicated, but the effects were devastating. Dr. Watson describes the impact of the accusation as contributing “to the suppression of a large and unique dataset of risk and protective factors associated with ADHD diagnosis and treatment [and] to the total dismantling of a school health coalition… that showed promise for improving ADHD care.”

The relationship between ADHD, academic experts, and the pharmaceutical companies who promote stimulants for ADHD is at the core of Alan Schwarz’ new book, ADHD Nation: Children, Doctors, Big Pharma, and the Making of an American Epidemic. As a journalist for the New York Times, Schwarz has spent years investigating the link between the pharmaceutical industry and the diagnosis and treatment of ADHD. His articles have vividly described some of the devastating psychological dangers of stimulants. His book summarizes these concerns and puts new focus on the ADHD experts who have shaped the current environment.

Many of the book’s themes will be well known to readers. For one, ADHD is overdiagnosed. Experts estimate that 5% is a realistic upper limit of children with the disorder, but in many areas of the country, as Watson found in Virginia, up to 33% of white boys are diagnosed with ADHD. By 2011 several states reported rates greater than 13% among both boys and girls. Schwarz explores how this came to pass. He investigates pharmaceutical companies’ collaboration with leading academic experts and celebrities (including Adam Levine) combined with aggressive direct-to-consumer advertising campaigns to boost recognition of and pharmacotherapy for the condition. Unlike Watson, many scientists that Schwartz profiles permit their research and expertise to be coopted by companies keen on maximizing profit.

Schwarz acknowledges that many children are appropriately diagnosed with ADHD and that a subset of these children will benefit from stimulants. What he helps us understand is the forces that have led clinicians to misdiagnose millions of children with the disease and, far too often, to prescribe stimulants that expose children to more harm than good.