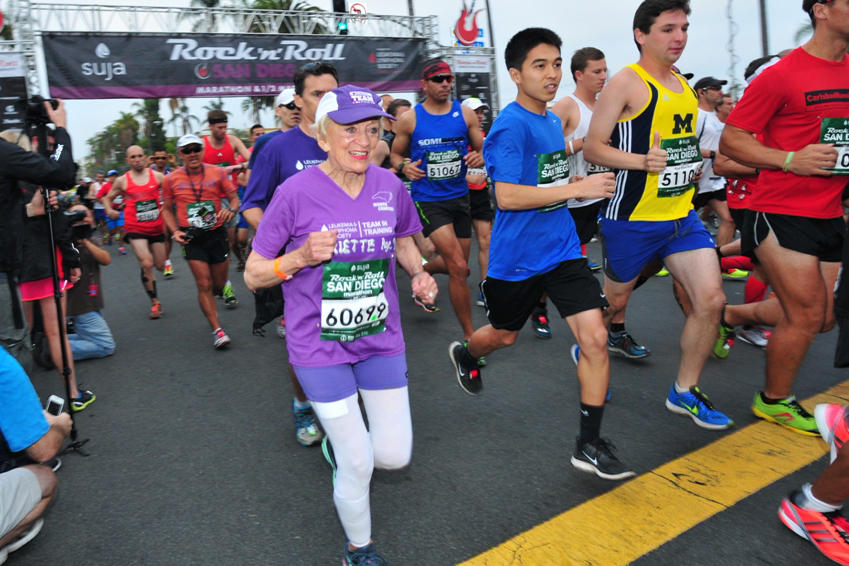 Endurance sport has a beneficial impact on physical and mental performance and this can be seen in blood test results. In collaboration with the Health and Prevention Center of the Healthcare Institution for City of Vienna employees, a group of researchers from the biobank at MedUni Vienna has now shown, in a study conducted with older marathon runners, that these laboratory data could be used in the opposite way to predict future changes in fitness. This information can be used to optimize individual training programs.

The generally beneficial effects of endurance sport upon the health of older people has long been known. In the APSOEM Marathon Study, which has been running since 2009, MedUni Vienna’s biobank has already demonstrated that the cognitive ability and mental state of older marathon runners aged >60 are significantly better than those of comparable age groups who do not engage in any endurance sport. The data gathered in this study have now been used for a further study to investigate whether specific blood parameters can be used in the opposite way to predict future changes in fitness.

Since older people have greater potential for improving their fitness than younger people, a follow-up study conducted by a research group headed by doctor and molecular biologist Helmuth Haslacher from MedUni Vienna, in collaboration with Robert Winker’s team from the Health and Prevention Center of the Healthcare Institution for City of Vienna employees, took blood samples from 47 marathon runners before an ergometer test, in order to carry out laboratory tests to determine levels of analytes, including inflammatory markers, muscle and liver parameters.

Ergometer tests were repeated after an interval of three years and approximately two thirds of the athletes showed a decline in fitness since the initial test. In fact, it was possible to use the earlier blood results as a basis for predicting who had lost fitness by the time of the follow-up examination, whose fitness level had remained the same and whose had even improved. It was therefore demonstrated that blood tests can be useful for predicting future changes in fitness resulting from endurance training.

The next step for the study group will be to carry over the findings from the marathon runners to larger groups and other types of sport to find a future application for the research results. One possibility would be to develop an app for checking fitness.

The biobank of MedUni Vienna and Vienna General Hospital is a central service facility dedicated to the storage of human tissue, cell material and body fluids for more in-depth diagnosis, academic research projects and clinical tests, as well as working-up samples by way of a medical service. Within the Austrian research infrastructure BBMRI.at, MedUni Vienna biobank works closely with the biobanks and medical archives of the other Austrian universities. The consortium has set itself the joint goal of improving the quality of biomaterial used in biomedical studies and hence increasing the reliability of research results nationwide.

Materials provided by Medical University of Vienna. Note: Content may be edited for style and length.