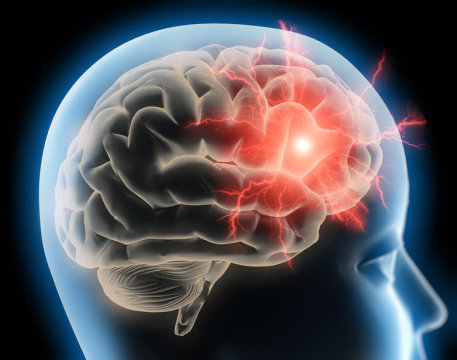 Migraine may have long-lasting effects on the brain’s structure, according to a study published in the August 28, 2013, online issue of Neurology®, the medical journal of the American Academy of Neurology.

“Traditionally, migraine has been considered a benign disorder without long-term consequences for the brain,” said study author Messoud Ashina, MD, PhD, with the University of Copenhagen in Denmark. “Our review and meta-analysis study suggests that the disorder may permanently alter brain structure in multiple ways.”

The study found that migraine raised the risk of brain lesions, white matter abnormalities and altered brain volume compared to people without the disorder. The association was even stronger in those with migraine with aura.

For the meta-analysis, researchers reviewed six population-based studies and 13 clinic-based studies to see whether people who experienced migraine or migraine with aura had an increased risk of brain lesions, silent abnormalities or brain volume changes on MRI brain scans compared to those without the conditions.

“Migraine affects about 10 to 15 percent of the general population and can cause a substantial personal, occupational and social burden,” said Ashina. “We hope that through more study, we can clarify the association of brain structure changes to attack frequency and length of the disease. We also want to find out how these lesions may influence brain function.”

Materials provided by American Academy of Neurology (AAN). Note: Content may be edited for style and length.