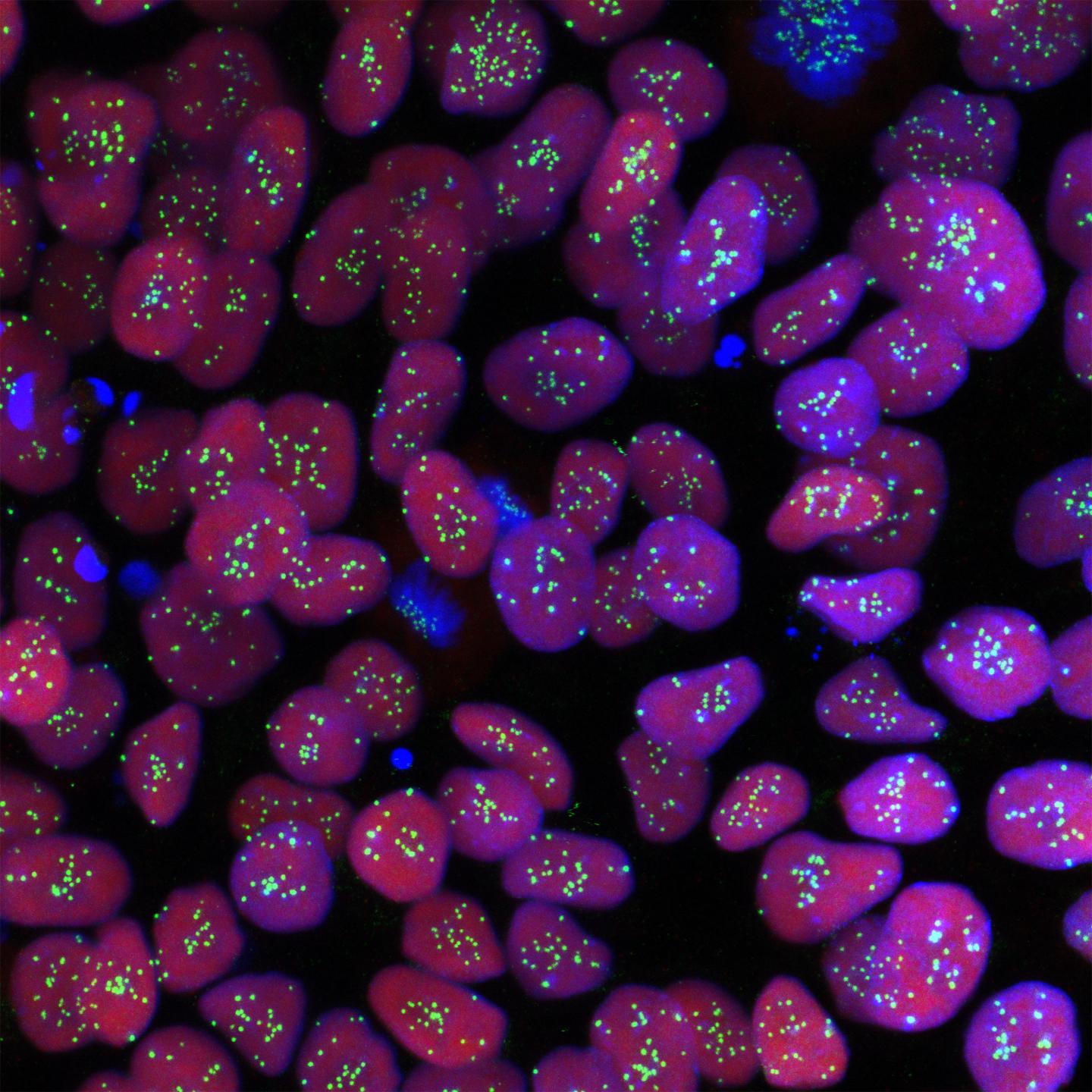 One set or two? Diploid versus haploid cells

Most of the cells in our body are diploid, which means they carry two sets of chromosomes — one from each parent. Until now, scientists have only succeeded in creating haploid embryonic stem cells — which contain a single set of chromosomes — in non-human mammals such as mice, rats and monkeys. However, scientists have long sought to isolate and replicate these haploid ESCs in humans, which would allow them to work with one set of human chromosomes as opposed to a mixture from both parents.

This milestone was finally reached when Ido Sagi, working as a PhD student at the Hebrew University of Jerusalem’s Azrieli Center for Stem Cells and Genetic Research, led research that yielded the first successful isolation and maintenance of haploid embryonic stem cells in humans. Unlike in mice, these haploid stem cells were able to differentiate into many other cell types, such as brain, heart and pancreas, while retaining a single set of chromosomes.

With Prof. Nissim Benvenisty, Director of the Azrieli Center, Sagi showed that this new human stem cell type will play an important role in human genetic and medical research. It will aid our understanding of human development – for example, why we reproduce sexually instead of from a single parent. It will make genetic screening easier and more precise, by allowing the examination of single sets of chromosomes. And it is already enabling the study of resistance to chemotherapy drugs, with implications for cancer therapy.

Based on this research, Yissum, the Technology Transfer arm of the Hebrew University, launched the company New Stem, which is developing a diagnostic kit for predicting resistance to chemotherapy treatments. By amassing a broad library of human pluripotent stem cells with different mutations and genetic makeups, NewStem plans to develop diagnostic kits for personalized medication and future therapeutic and reproductive products.

In recognition of his work, Ido Sagi was awarded the Kaye Innovation Award for 2017.

The Kaye Innovation Awards at the Hebrew University of Jerusalem have been awarded annually since 1994. Isaac Kaye of England, a prominent industrialist in the pharmaceutical industry, established the awards to encourage faculty, staff and students of the Hebrew University to develop innovative methods and inventions with good commercial potential, which will benefit the university and society.

Ido Sagi received BSc summa cum laude in Life Sciences from the Hebrew University, and currently pursues a PhD at the laboratory of Prof. Nissim Benvenisty at the university’s Department of Genetics in the Alexander Silberman Institute of Life Sciences. He is a fellow of the Adams Fellowship of the Israel Academy of Sciences and Humanities, and has recently received the Rappaport Prize for Excellence in Biomedical Research. Sagi’s research focuses on studying genetic and epigenetic phenomena in human pluripotent stem cells, and his work has been published in leading scientific journals, including Nature, Nature Genetics and Cell Stem Cell.

About the Hebrew University of Jerusalem

The Hebrew University of Jerusalem, Israel’s leading academic and research institution, is ranked among the top 100 universities in the world. Founded in 1918 by visionaries including Albert Einstein, the Hebrew University is a pluralistic institution where science and knowledge are advanced for the benefit of humankind. For more information, please visit http://new.huji.ac.il/en.