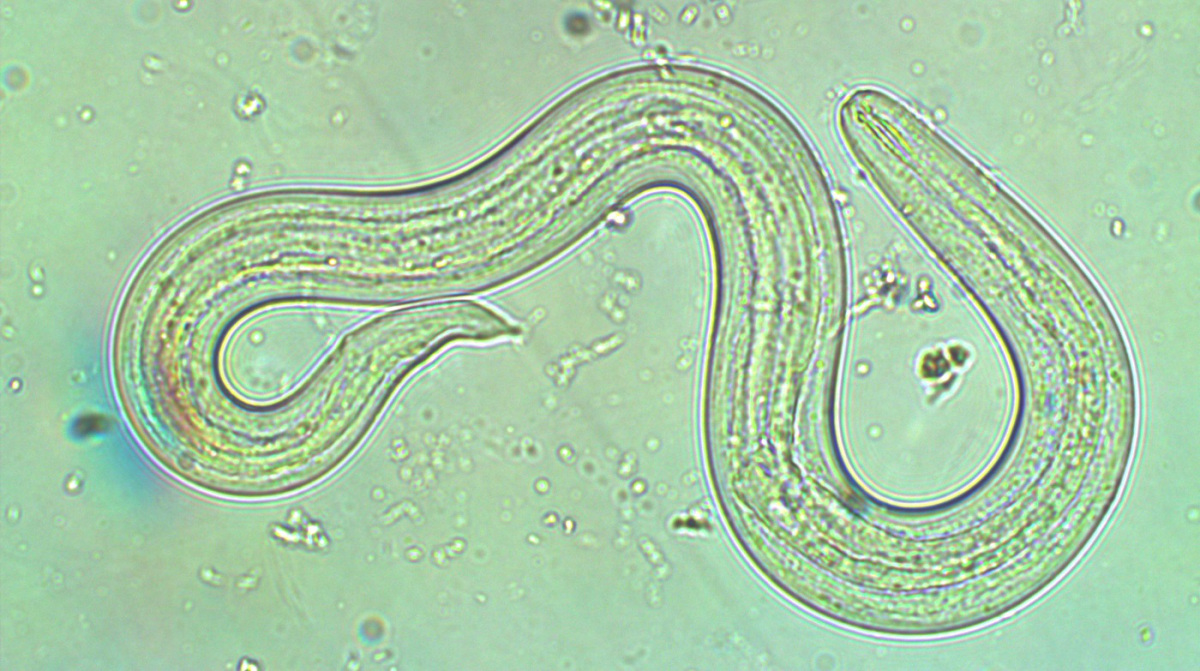 A new study has found that nearly a quarter of rats that researchers tested in Florida carried a nasty parasite with a name as ugly as its host.

The study found that the parasitic nematode, or worm, is common in Hawaii and has been sporadically found in the Southeastern United States.

Rat lungworm, or Angiostrongylus cantonensis, can be transmitted between mollusks — like snails and slugs — and rats, and it can make humans sick. According to the Hawaii state Department of Health, when infecting a human, the parasites can’t reproduce or mature, and they will die in due course.

The CDC says humans can’t pass the parasite on to others. It says the regions with the most reports of infection are the Pacific Basin and Southeast Asia. The CDC says it has also been found in Australia, Africa, and Cuba, as well as in Hawaii and Louisiana.

According a new study of Angiostrongylus cantonensis in rats and snails in Florida, the parasite needs different kinds of animals to live out its life. The study’s lead author, Heather D. Stockdale Walden, PhD, assistant professor of parasitology at the University of Florida, says it is normal for parasites to have multiple hosts to complete their life cycle.

Researchers collected more than 170 rats from 18 Florida counties and found the parasite in 39 rats.

In the rat lungworm life cycle, snails eat infected rat droppings, Walden says. The parasite grows in the snail before rats eat the snail, and the parasite matures in the rat. She says other animals like frogs or crustaceans (shrimp, for example) can also be hosts for the developing worm, and humans are infected when they eat infected snails, slugs, frogs, or crustaceans.

She says that when you eat an infected animal, the parasite gets into your blood through your intestine, which can then take the parasite to your brain. How bad the symptoms are depends on the number of larvae you eat, she says.

The study also says human eyes can be infected with the parasite, which requires surgery to remove the worms. It can also cause a form of meningitis.

People who have a more severe infection can go into a coma or die.

The Hawaii State Department of Health says usually, symptoms appear in 1 to 3 weeks, but in some cases, they started up to 6 weeks after infection. The agency also says symptoms usually last 2 to 8 weeks, but longer periods have been documented.

Hawaii officials say there are no tests to diagnose rat lungworm, and diagnosing is often based on a patient’s exposure history. The CDC says your travel history and what you ate can play into how you’re diagnosed.

The CDC says there is no specific treatment for the disease, but there are treatments for the symptoms.

You don’t build immunity to the rat lungworm by having it, so you can catch the parasite multiple times, the Hawaii State Department of Health says. Walden says that while you shouldn’t panic about this parasite, it helps to be alert to how it spreads.

Wash fruits and vegetables, making sure they’re clean before you eat them.
Wash your hands thoroughly, and practice good hygiene.
Don’t handle snails.
Make sure snails, crustaceans, and frogs are thoroughly cooked before eating them.
WebMD Health News Reviewed by Brunilda Nazario, MD on June 30, 2017