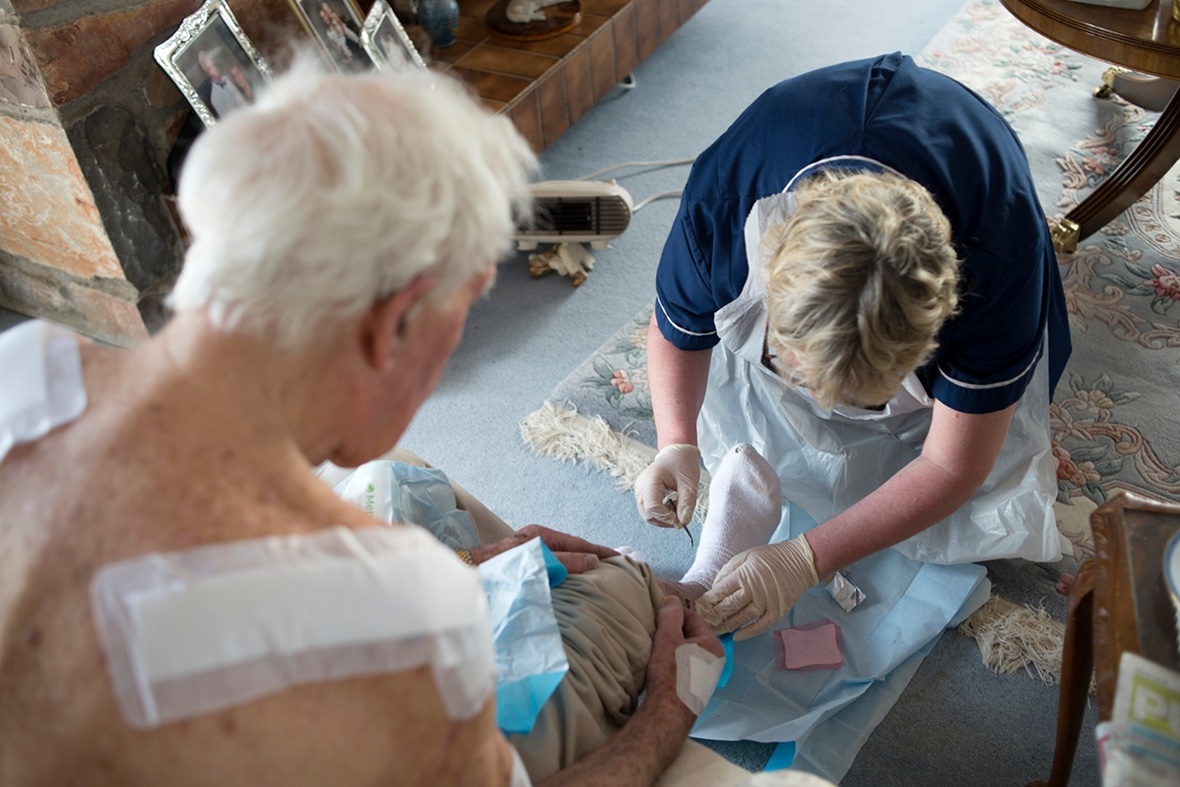 A new tool that could transform risk assessment for pressure ulcers has been shown to be reliable when used by both expert and non-specialist nurses in hospitals and the community, according to the findings of an initial trial.

Nurse researchers in West Yorkshire set out to test the usability of the Pressure Ulcer Risk Primary Or Secondary Evaluation Tool – known as PURPOSE-T – which has been developed in a bid to find a more reliable and efficient way of doing assessments.

Their findings – published in the Journal of Advanced Nursing – suggested the tool was suitable for use in clinical practice and could help improve identification and management of pressure sores.

They said PURPOSE-T was developed in a quest to find a better way of assessing the risk of pressure ulcers, stemming from ongoing concern about methods currently used by nurses.

A recent review of pressure ulcer risk assessment tools, published in 2014 guidance by the National Institute for Health and Care Excellence, found many were flawed and only a handful actually involved assessing a patient’s skin – shown to be key in determining the likelihood of ulcers.

Other practical issues included the fact full assessments were generally carried out for all patients, even when it is obvious they were not at risk, noted the researchers.

Meanwhile, some current checks failed to establish whether patients already had a pressure ulcer or not, meaning they may not get the treatment they needed to stop it deteriorating.

In addition, they noted concerns that distilling results down to a single numerical score could get in the way of understanding individual risk factors and needs, and the devising of a tailored care plan.

PURPOSE-T, which was developed as part of a pressure ulcer research programme funded by the National Institute for Health Research, draws on the most up to date research evidence and expert nursing opinion.

Instead of resulting in a simplified score, it uses an innovative colour-coded system in conjunction with nurses’ professional judgement. The three-step process involves an initial assessment that quickly rules out patients who are not at risk of pressure ulcers.

The second step is a full assessment that covers a range of key areas including a patient’s ability to move independently, previous history of pressure ulcers, blood-flow or perfusion, moisture, nutrition and whether or not someone has diabetes. Crucially, it includes a detailed skin assessment, looking at least 13 key sites.

The trial, led by the University of Leeds, saw the tool tested by both expert tissue viability nurses and non-specialist ward or community nurses. It was used on 230 patients with different levels of pressure ulcer risk from four hospital and four community trusts in England.

Analysis of the data shows the tool produced consistent results, with “very good” agreement between assessments when carried by an expert and non-specialist nurse at the same time. This was also the case when an expert nurse assessed the same patient twice within a few days.

In addition, the trial compared the findings from PURPOSE-T with two of the most widely used risk assessment systems – the Waterlow score and Braden scale.

PURPOSE-T concluded that 79.6% of patients were at risk of a pressure ulcer. This compared to 83.9% using the Waterlow score and just 37% using the Braden scale.

Of the 145 patients identified as “not at risk” using the Braden scale, 25 – or just over 17% – had an existing pressure ulcer.

“It may be that these patients were recovering and not considered ‘at risk’ of new pressure ulcer development, but they should still be considered a priority in clinical practice,” said the study authors, who were led by nurse Dr Susanne Coleman.

They said the trial showed the tool could successfully be used in hospitals and community settings and that it highlighted the vital importance of looking at skin status as part of risk assessments.

The evaluation had “demonstrated that PURPOSE-T is suitable of use in clinical practice”, they said.

Feedback from the trial has led to the tool being adapted further, including adding “pain” to the factors considered in the detailed assessment stage.

“It has since been implemented in community and acute NHS Trusts and early indications are positive, though further evaluation of its impact in practice is needed,” said the researchers.

One limitation was that the vast majority of patients who took part in the trial were Caucasian, so nurses should not assume it would work equally well with other groups without considering potential differences in skin assessment for people with non-white skin.

The researchers also said it may not be possible to replicate the level of training received by nurses who took part in the trial.

“The level of ‘training’ in PURPOSE -T use, with expert nurses trained by the researcher which was then cascaded to local nurses was designed to replicate the roll-out of tools to NHS nurses,” they noted.

“However, the focused training of the experts and their direct access to the PURPOSE -T development team may mean that the achieved level of competence might not necessarily be replicated in routine clinical practice,” they added.