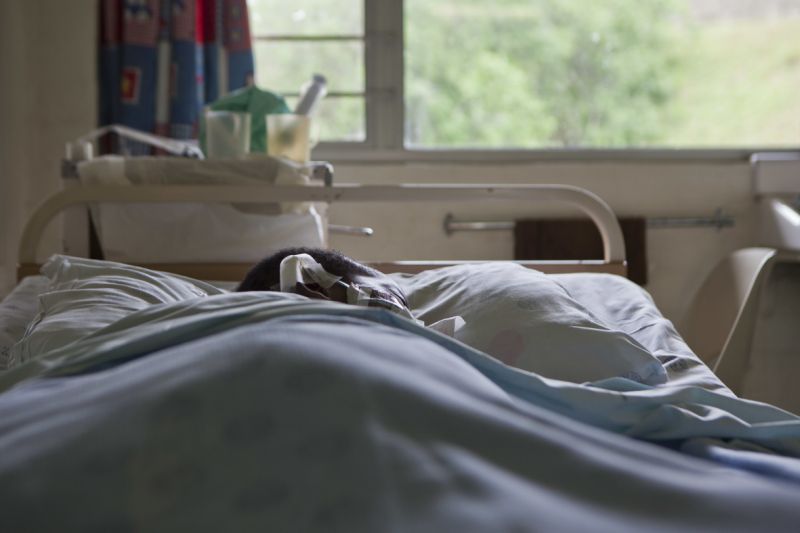 Few things are more terrifying than the idea of being trapped in one’s own body, appearing lifeless to all the world and unable to prove (or in some cases, know), that you are otherwise. Such cases are often considered hopeless, with no interventions available to restore consciousness. And sometimes, individuals are misdiagnosed as permanently vegetative, with no awareness of the outside world, when in fact they can be restored to the conscious living.

New research could help on both these fronts. In a new study published in Current Biology, researchers report that stimulating the nervous system in a particular way rescued a man from a prolonged vegetative state. The achievement provides evidence that the approach could help prevent such patients from being left in that unconscious state unnecessarily.

A group of researchers from France found that a 35-year-old man who had been in a vegetative state for 15 years showed significant signs of awareness after vagus-nerve stimulation, a procedure that has been used in treating depression and epilepsy.

A surgically implanted device slowly sent a current to the vagus nerve over the course of six months. After just one month, the man began to show improvements in following signals with his eyes, and in displaying other signs of attention clinicians look for on the Coma Recovery Scale.

After six months, supported by significant changes in the man’s brain activity in the thalamus, researchers determined that their intervention helped propel the man from a vegetative state—showing no signs of communication or attention—to a minimally conscious state, in which people are aware of the world around them, but just barely able to express that fact.

This research builds off a larger body of work in which different techniques have been used to stimulate the thalamus in people who are in vegetative states, Joseph Fins, a professor at Weill Cornell Medicine and an expert in minimally conscious states, tells Newsweek. Other research has shown that transcranial magnetic stimulation and deep-brain stimulation both achieve a similar effect. Stimulating the vagus nerve, which leads to the thalamus, Fins says, is another route to the same result.

“The thalamus is to the brain as Hartsfield airport is to Delta airlines,” Fins says. “You can’t get there through here if you don’t get to the thalamus.”

And while this man in France will likely not be up and about anytime soon, he is now in a state where communication with the outside world is possible. And cases like his, Fins says, have serious implications for the way scientists, doctors, and families see people in these states.

Multiple studies have revealed a high rate of misdiagnosis of people in minimally conscious states as vegetative. As Fins has told Newsweek in the past, being classified as vegetative versus minimally conscious can mean the difference between life and death. That article detailed the case of Maggie Worthen, a young woman who suffered a stroke that left her paralyzed and unable to communicate. Eventually—and after her mother refused to remove her from a ventilator so she could die—doctors at Weill Cornell determined that she was not vegetative, but rather in a minimally conscious state.This correct diagnosis qualified her for training with assistive equipment that let her communicate with the outside world.

This research, Fins says, is part of the puzzle of matching brain activity to behavior. For many years, doctors diagnosed people in these states based purely off their behavior. Studies like this point toward a way to look beyond what doctors observe with their own eyes and into the brain itself, potentially sparing the life of a person who may respond to interventions like vagus nerve stimulation.

Although there is reason to be optimistic about the study’s potential, Brent Vogt, a research professor at Boston University, cautions that this report focuses on the case of a single person. “We’ll need a more substantial number of patients who are [studied] to prove that this is a case that can be used clinically,” he says.

Fins says that the overarching implications for the study extend beyond people like Maggie or the unnamed man in France. He adds that this line of research could prove fruitful for people with stroke, aphasia, and autism.

“We need to really see this as a clarion call for the potential of the injured brain to recover,” Fins said, “and that it still has some hidden secrets we need to discern.”