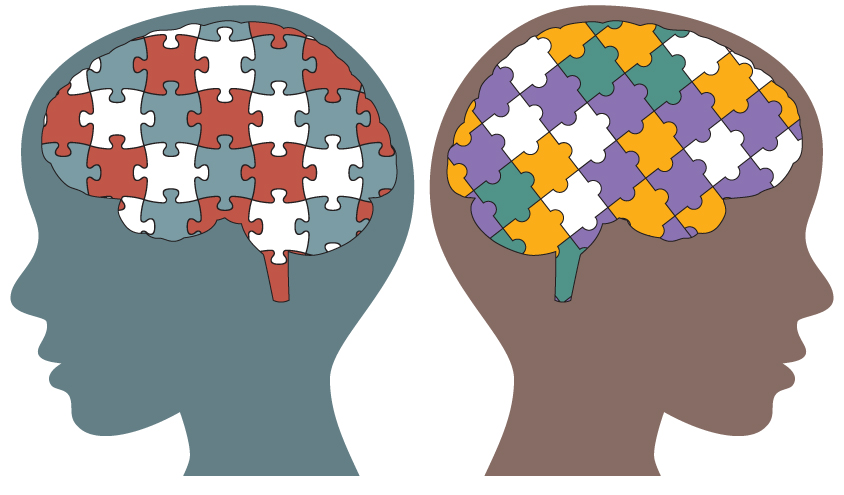 Having one child with autism is a well-known risk factor for having another one with the same disorder, but whether and how a sibling’s gender influences this risk has remained largely unknown.

Now new research led by scientists at Harvard Medical School has for the first time successfully quantified the likelihood that a family who has one child with autism would have another one with the same disorder based on the siblings’ gender.

Overall, the results, published Sept. 25 in JAMA Pediatrics, reveal that having an older female child diagnosed with autism spelled elevated risk for younger siblings and that the risk was highest among younger male siblings. They also affirm past research findings that having one child with autism or an autism spectrum disorder (ASD) portends higher risk for subsequent children, that the disorder is somewhat rare–slightly more than 1.2 percent of children in the study were affected– and that boys have a notably higher overall risk than girls.

The findings can arm physicians and genetic counselors with information useful in counseling families and clarifying the risk for younger siblings in families who already have one child with autism.

“Our results give us a fair degree of confidence to gauge the risk of autism recurrence in families affected by it based on a child’s gender,” said study first author Nathan Palmer, instructor in biomedical informatics at Harvard Medical School. “It is important to be able to provide worried parents who have one child with the condition some sense of what they can expect with their next child. That information is critical given how much better we’ve become at screening for the disease earlier and earlier in life.”

Such knowledge, the researchers added, could be particularly important in light of physicians’ growing ability to detect autism’s manifestations early in a child’s life and intervene promptly.

“This study is a powerful example of how big data can illuminate patterns and give us insights that allow us to empower parents and pediatricians to implement anticipatory and far more precise medicine,” said study senior author Isaac Kohane, head of the Department of Biomedical Informatics at Harvard Medical School.

The newly published results stem from the largest study of its kind. Researchers analyzed de-identified health insurance records of more than 1.5 million U.S. families with two children between the ages of 4 and 18, tracking patterns of recurrence among siblings over a year or longer. Of the more than 3.1 million children in the study, some 39,000, or about 1.2 percent–2 percent of boys and 0.5 percent of girls–received a diagnosis of autism or an ASD.

The results confirm previous research showing that, overall, boys have a higher risk of autism and related disorders than girls.

The results, however, also reveal a curious pattern of recurrence based on gender: Siblings born after a female child with autism or a related disorder had a higher risk than siblings born after a male child with autism. Male children were, overall, more susceptible to autism than females. In other words, boys with older female siblings with autism had the highest risk for autism themselves, while female siblings with older brothers with autism had the lowest risk.

The investigators caution that families should keep the risk in perspective because autism and related disorders remain relatively rare, affecting roughly 1 percent of the general population.

“Even for the group at highest risk–males with an older female sibling with autism–the odds are still about five to one that the child will be unaffected,” Palmer said. “What we have provided here is context for families who already have children with autism or another similar disorder and need a clearer perspective on recurrence risk.”

The results, the researchers said, underscore the notion that autism and related disorders likely arise from the complex interplay between genes and environment and, for reasons yet to be understood, these conditions disproportionately affect more males than females even within families. The stark gender variance, however, hints at a possible role of inherent biological sex differences that may precipitate the development of such disorders under the right environmental conditions, the research team said.

Autism-spectrum disorders are neurodevelopmental conditions that typically emerge in the first few years. They are marked by a range of brain problems, impaired social interactions and compromised communication skills. The Centers for Disease Control and Prevention estimate that autism spectrum disorders affect 1 in 68 children in the United States, with males having four times greater risk than females–an observation also borne out in the new study.

Yet exactly what portion of these diagnoses are strictly rooted in genetic mutation and how many are influenced by environmental factors has long mystified scientists. While some forms of autism arise from a single genetic mutation, most cases appear to be the result of a complex interplay between genes and environment.