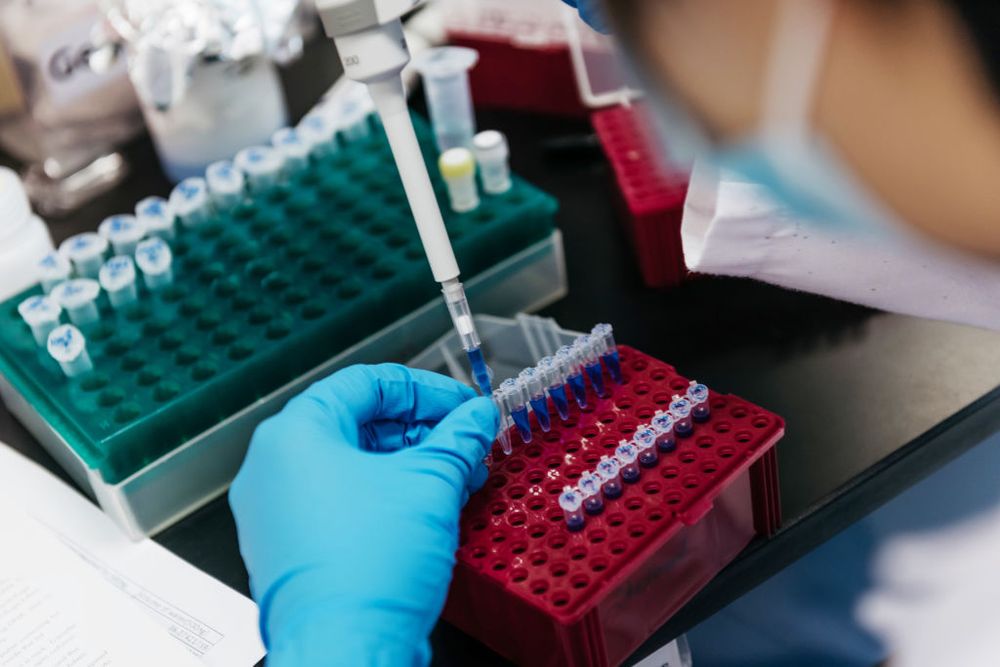 There’s only so far you can go toward preventing cancer with a healthy lifestyle. Bone tumors in fossils show that people have been getting cancer since prehistoric times — before smoking, before modern diets, even before the dawn of our species. And the race to cure cancer with drugs is up against another barrier: Many cancers can’t be diagnosed until they’ve had years to grow and spread through the body.

Johns Hopkins University cancer researcher Bert Vogelstein is investigating a vast middle ground –- between curing advanced cancer and preventing it in the first place. To him, the biggest opportunity lies in detecting cancer early enough that it can be snipped out with a scalpel.

Anyone who’s old enough to have been pestered by primary care doctors over mammograms, colonoscopies and other screening tests should be familiar with the goal. And those who follow health news know that the early-detection enterprise has been getting bad press lately, for being less helpful than thought (and in some cases, leading to invasive treatments that people later regret). But as Vogelstein sees it, there’s room for improvement, or perhaps a whole new approach.

Take pancreatic cancer -– his latest focus. Few people survive this disease more than five years after diagnosis, and there is no available early screening test. Yet research shows that many tumors actually grow silently for several years before they start to cause symptoms. “That’s a long, slow, stepwise process that gives us a window of opportunity to intercede,” he said.

In a paper he published last week in the Proceedings of the National Academy of Sciences, he demonstrated a possible way to find pancreatic cancer during this hitherto undetectable phase. A blood test, also known as a liquid biopsy, picked up signs of cancer in two-thirds of a group of people already diagnosed with early-stage cancer, and showed only one positive among 182 healthy control subjects. (And there’s no way to know whether that one person was truly healthy or had a latent pancreatic tumor.)

This latest work is all part of a plan that followed from a controversial paper, published in the journal Science in 2015, in which he concluded that cancer does not always have an avoidable cause. To some extent, this is obvious: Smoking and obesity are the main lifestyle risk factors for cancer, but nonsmoking, thin, healthy eaters die from cancer all the time.

After the publication of the Science paper, even the World Health Organization responded, objecting that half of cancers can be avoided. But this still leaves open the possibility that half of all cancers are unavoidable. And for those, if not prevention, why not early detection?

One concern is the potential stress of false positive results and downright harm of invasive treatments for tumors that never would have caused illness. In a recent New Yorker article, the writer and oncologist Siddhartha Mukherjee examined the problem of overtreatment. In one case, he noted, an early screening program led to the perception of a rash of thyroid cancer cases in South Korea. Many surgeries followed, but subsequent studies showed that many people live unbothered by small thyroid tumors.

Last year, researchers announced a particularly discouraging study on the prevalence of overtreatment following mammograms. The medical website STAT described the results this way: “For every woman in whom mammography detected a breast cancer that was destined to become large and potentially life-threatening — the kind that screening is intended to head off — about four are diagnosed with one that would never have threatened their health.” Many of those in the over-diagnosed category are treated with surgery, radiation and chemotherapy. Similar studies have pointed to overtreatment following positive prostate cancer screenings.

Some doctors have suggested that given the limitations of screening, people simply change their lifestyles — stop smoking, drink alcohol moderately or not at all, and don’t be overweight. But obviously that’s not enough –- if it were, I could finally tell them to stop pestering me about yearly mammograms.

Overtreatment is a reasonable concern, said William Hait, global head of research and development for the Janssen Pharmaceutical Companies of Johnson & Johnson. “But it’s a tractable problem.” He called Vogelstein’s early detection vision “critically important.” (His company has no plans to market the test, though Hait said he has been a longtime admirer of Vogelstein’s work.)

Hait pointed out that the technique for pancreatic cancer screening is entirely different from existing screening tests. It’s aimed at detecting minuscule traces of mutant DNA produced by the tumor. If there’s no malignant tumor but only a benign growth or pre-cancer, these bits of DNA shouldn’t exist at all.

This mutant cancer DNA, technically called “circulating tumor DNA,” is something of a mystery. Nobody really understands why cancers shed bits of DNA into the bloodstream. But it could be a stroke of good luck that they do. Pancreatic cancers carry certain signature genetic mutations — ones that Vogelstein’s screen was set up to detect.

Other liquid-biopsy-type blood tests have shown promising results for other kinds of cancer. Just last month in the New England Journal of Medicine, researchers in Hong Kong reported success in screening healthy people for a rare cancer that affects the mucus membranes of the nose. These studies are not perfect, but they do serve as a good proof of principle. Hait said he imagines a next step might be a study of a high-risk population -– say, testing smokers for early signs of lung cancer.

In the past, patients and their doctors often assumed that treatments following early detection saved their lives. We know some were treated unnecessarily. But medicine can learn from its mistakes, and hold these new screenings to a higher standard.