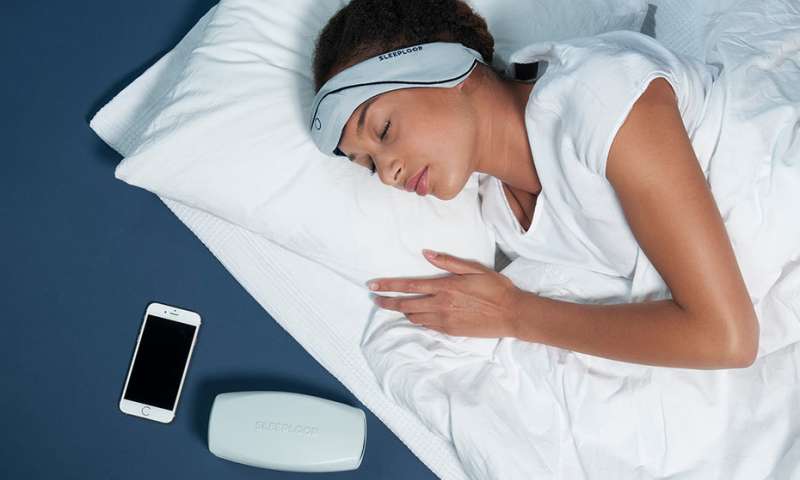 On Wednesday, the University Medicine Zurich research network presented its new flagship project SleepLoop. With this project, the researchers want to tackle one of the most widespread health challenges of our times – a lack of restful sleep and its negative consequences on society and the economy.

Sleep disorders have become endemic in our society over the past few decades. It is not uncommon to hear complaints about poor sleep, to lie awake at night for hours, and not getting any rest at night.

Every third person in the western world suffers from a lack of sleep. This can have serious consequences for society and the economy – as shown, for example, by the Chernobyl disaster. The security team on duty were overtired and did not respond adequately to events.

Researchers and medical specialists want to get to the root of the problem and have launched the SleepLoop project in a bid to improve sleep quality using technology. The project was presented to the public at the annual meeting of University Medicine Zurich, a network of Zurich-based university institutions that are active in the field of medical research.

Stimulation of the brain

The idea behind SleepLoop is to measure the brainwaves of a person during sleep and use this information to stimulate the brain by playing sounds, which are tailored to each individual. This will better synchronise the nerve cells, thus deepening sleep and improving sleep quality.

The project is the brainchild of sleep researcher Reto Huber from the Interdisciplinary Centre for Sleep Medicine at University Children’s Hospital Zurich and Christian Baumann from the Department of Neurology at University Hospital Zurich. Walter Karlen, Head of ETH Zurich’s Mobile Health Systems Laboratory, is taking the lead on the technological development. A total of 16 research groups from ETH and the University of Zurich are involved in the project.

Auditory stimulation is nothing new – in fact, scientists at the University of Zurich’s sleep laboratory have been experimenting with it for some time. However, at present, researchers have to constantly monitor the test subjects’ EEGs throughout the night to identify the precise sleep phases and then adapt the stimulating sounds so that the subject does not wake up.

“This is both difficult and time-consuming,” says Karlen, Professor of Mobile Health Systems. It’s also arduous for the study participants, as they have to spend the night in the sleep laboratory – which is equipped to accommodate only a few people.

As part of his sub-project, Karlen would therefore like to develop a portable device that measures the brainwaves, analyses them automatically, and then stimulates the user’s brain with the sounds at the appropriate time. The device needs to be practical and user-friendly, so that subjects can take it home with them and use it over the course of several days or weeks; it also needs to be high-quality, so that the data can be used for clinical research.

In the first phase of the project, Karlen and his team will investigate the sleep behaviour of people over the age of 65. “Older people in particular often complain that they have trouble sleeping,” says Karlen, “so we want to find out whether auditory stimulation will benefit them too.” From the beginning of January, the ETH researchers will begin to recruit subjects for their study and equip them with the SleepLoop devices.

This sub-project aims not only to collect data on the sleep of older people, but also to test and optimise the devices’ usability. “It’s important that people can use the devices as independently as possible without the need for constant technical support,” explains Karlen.

“Sleep research has a long tradition in Zurich and has been a real source of inspiration for me in my research,” Karlen says. But many questions remain unanswered. And so, with SleepLoop, he hopes to push the boundaries of existing sleepresearch.