The drug itraconazole is typically used in the treatment of fungal infections.

These can include certain types of vaginal yeast (vulvovaginal candidiasis) and fungal infections on the hands and feet (Tinea pedis and Tinea manuum).

But researchers from the Cancer Research UK Cambridge Institute have suggested a brand new use for this substance — namely, as a treatment that is able to eliminate dormant tumor cells in colorectal cancer.

This is one of the most common cancer types in the U.S., and an estimated 140,250 people will learn that they have this disease in 2018, according to the National Cancer Institute (NCI).

“One of the biggest challenges in treating any cancer is the diversity of different cells within the same tumor,” explains co-lead author Dr. Simon Buczacki, who participated in the new study investigating the effect of itraconazole on dormant colorectal cancer cells.

In this study, he continues, the team “targeted a type of cell that lies asleep within bowel tumors, remaining unresponsive to treatment and putting the patient at risk of their cancer coming back.”

In experiments conducted on mice, Dr. Buczacki and team found that the antifungal drug may be able to trigger the death of a type of colorectal cancer cell typically immune to treatment.

These tumor cells are found in a state of inactivity, or “dormancy,” so they do not respond to the usual therapies, such as chemotherapy, that target and destroy active cancer cells.

So, even as a treatment is effective in destroying most malignant cells, these dormant units will remain unaffected, putting the person at risk of having a recurrence of the cancer later on.

In the study — the findings of which have been published in the Journal of Experimental Medicine— the researchers worked with cancer tumors grown in mice models of colorectal cancer.

First of all, they focused on identifying which signaling pathways were involved in controlling cell dormancy in the case of cancer tumors. They saw that, for colorectal cancer, there are two: Wntand “hedgehog” pathways. 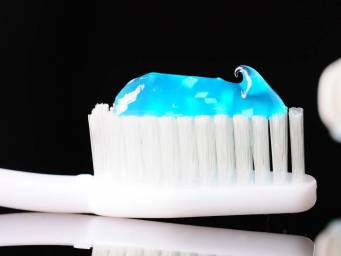 Then, they tested the effectiveness of various drugs on these two pathways, and it was then that they noticed itraconazole’s therapeutic potential.

Dr. Buczacki and team discovered that itraconazole interfered with the Wnt pathway, which led to the elimination of the dormant cells and blocked the growth of the cancer tumor.

“What’s interesting is that this drug seems to kick both dormant and non-dormant cells into action,” notes Dr. Buczacki.

“It forces cells back into a short cycle of growth,” he explains, “before slamming on an irreversible ‘stop’ button, entering a permanent standstill that’s known as senescence.”

Following these promising results, the team would eventually like to test the effectiveness of this drug in clinical trials, on patients with colorectal cancer at an advanced stage.

Another step would be to ascertain whether itraconazole would be more effective on its own, or used in combination therapy, administered alongside other drugs.

Prof. Greg Hannon — the director of the Cancer Research UK Cambridge Institute — comments on the discovery, calling the research an “innovative study” that “has taken a step toward addressing one of the biggest challenges in cancer research.”

“The presence of drug-resistant, dormant tumor cells is a problem in many types of cancer,” he says.

“If we find ways to target these cells in bowel cancer, it might provide insights into tackling the problem of dormant tumor cells more broadly.”