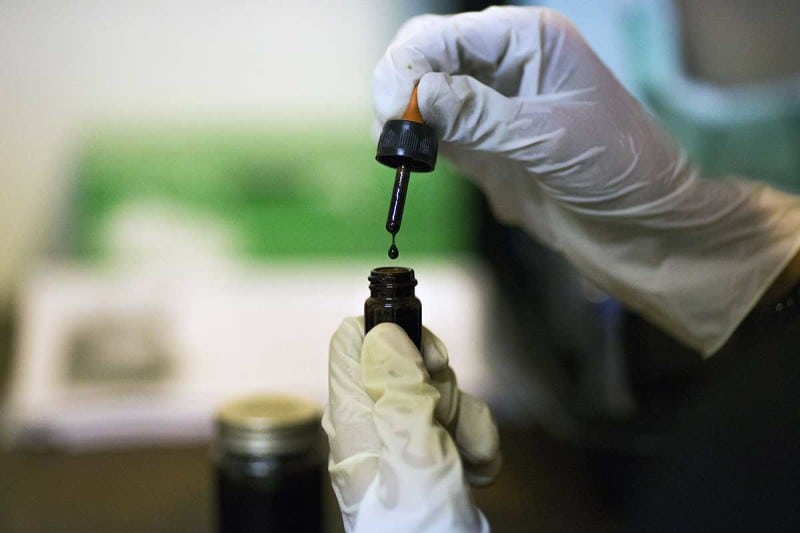 Cannabis is in the headlines for its potential medical benefits after the recent confiscation of cannabis oil medication from the mother of a 12-year-old British boy with severe epilepsy. The furore that ensued is shining a light on campaigns for cannabis oils to be made legal for medical reasons, and the UK government has now announced a review into the use of medicinal cannabis. Here’s what you need to know.

What is cannabis oil?

Cannabis oil is extracted from the cannabis plant Cannabis sativa. The plants medicinal properties have been touted for more than 3,000 years. It was described in the ancient Eygyptian Ebers papyrus around 1550BC, and it was likely used as a medicine in China before that. Some varieties of the plant contain high levels of the psychoactive substance tetrahydrocannabinol (THC), which is responsible for the “high” that comes from smoking or eating cannabis leaves or resin. The plant’s other major chemical component is cannabidiol, which has no psychoactive effect. Both act on the body’s natural cannabinoid receptors which are involved in many processes such as memory, pain and appetite. The cannabis plant also contains more than 100 other different cannabinoid compounds at lower concentrations.

So can cannabis oil make you high?

It depends on the THC content. Some types of Cannabis sativa plant, known as hemp, contain very little THC. The extracts from these plants contain mainly cannabidiol, so will not get anyone stoned.

That’s a complicated question. In the UK cannabidiol is legal. Cannabis plant extracts (known as hemp or CBD oils) are available in high-street stores but the THC content must be below 0.2 per cent. “THC is not psychoactive at this level,” says David Nutt, a neuropsychopharmacologist at Imperial College London. But cannabidiol is illegal in many other countries.

In the USA for example, cannabidiol is classed as a schedule 1 controlled substance, and can only be sold in states where cannabis use is legal.

However, the tide may turn in favour of cannabidiol after a recent World Health Organisation review. This concluded that cannabidiol “exhibits no effects indicative of any abuse or dependence potential” but “has been demonstrated as an effective treatment of epilepsy … and may be a useful treatment for a number of other medical conditions.”

What is the evidence that cannabis oils can help treat epilepsy?

Although there is some scientific evidence that THC has potential to control convulsions, its mind-altering effects mean that much of the focus has turned to cannabidiol – particularly for childhood epilepsies that conventional drugs fail to control.

Two recent high quality randomised and placebo controlled trials showed that cannabidiol is an effective treatment for Lennox-Gastaut syndrome and Dravet syndrome, severe forms of epilepsy. The mechanism of action is unknown, but it may be due to a combination of effects, such as inhibiting the activity of neurons and dampening inflammation in the brain.

The situation is less clear when it comes to the use of commercial cannabis oils to control seizures, where the evidence is mainly anecdotal, and the oils can contain differing concentrations of cannabidiol and THC.

The UK government announced on 19 June that it would review the use of medical cannabis.

Are there any cannabis-based epilepsy drugs on the market?

Not yet. In April the US Food and Drug Administration recommended the approval of a drug called Epidiolex for Lennox-Gastaut syndrome and Dravet syndrome. Its active ingredient is cannabidiol, and final approval is due at the end of this month.

However, it is possible the drug is not as effective as cannabis oil containing THC, says Nutt. For example, the cannabis oil used to treat Billy Caldwell, the boy at the centre of the recent cannabis oil confiscation furore, contained cannabidiol and a low dose of THC, because cannabidiol alone did not stop all his seizures.

This is one of the big unknowns. “It is important to remember that there is currently very little scientific evidence to support cannabis oil containing both THC and cannabidiol as a treatment for epilepsy,” said the charity Epilepsy Action, in a statement issued this month.

Are cannabis-based medications available for other conditions?

Yes. A synthetic version of THC called Nabilone has been used since the 1980s to treat nausea after chemotherapy and to help people put on weight. A drug called Sativex is also approved for the treatment of pain and spasms associated with multiple sclerosis. It contains an equal mix of THC and cannabidiol, but would not be suitable for the treatment of children with epilepsy such as Billy. “If you used that to treat epilepsy, the kids would be stoned off their heads,” says Nutt.

What is the aim of the UK government’s review of medical cannabis?

This will hopefully lead to a relaxation of the rules surrounding research into cannabis-based medicines says Tom Freeman, a clinical psychopharmacologist at King’s College London.

In the UK cannabis currently has Schedule 1 status, the most restrictive category, which is for drugs which are not used medicinally such as LSD. “This creates a Catch 22 situation,” says Freeman. “You can’t show that cannabis and cannabis-based products have medicinal value because of restrictions on medical research.”  If cannabis is moved to the Schedule 2 category, it will join substances such as morphine and diamorphine (heroin) which can be prescribed by doctors if there is a clinical need.