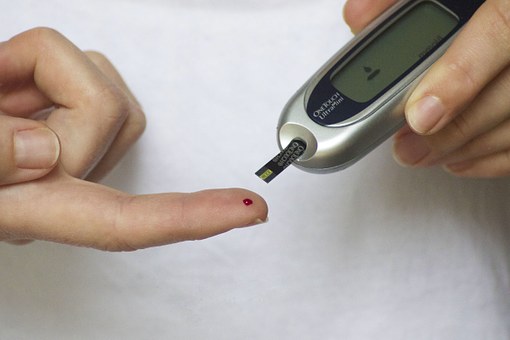 A new Indiana University School of Medicine center will be looking to an unlikely source for the therapeutics it develops: Your own body’s cells.

In a process that sounds straight out of science fiction, The Indiana Center for Regenerative Medicine and Engineering will focus on research into ways to take your body’s existing cells and reprogram them with an eye toward healing.

The medical school has recruited scientist Chandan Sen from Ohio State University, along with about 30 of his colleagues, to run the center. Sen, who was in Ohio for 18 years, brings more than $10 million in grants with him and the school will invest more than $20 million over the next five years in the effort, some of which was provided by a grant from the Lilly Endowment.

In addition to healing diabetic wounds and burns, regenerative medicine has the promise of treating diabetic neuropathy, traumatic brain injury and cardiac disease as well as other conditions.

‘At the very cutting edge of this work’

Medical school officials have had their eyes on Sen and his colleagues for about eight months, when they recruited a plastic surgeon from Ohio State who described the research Sen did in Ohio.

“They’re really at the very cutting edge of this work where they’re able to reprogram tissues that can address a variety of different types of health problems,” said IU medical school Dean Jay Hess. “We are always on the hunt for top talent that will change the direction of our research programs here.”

Chandan Sen, director of the Indiana Center for Regenerative Medicine and Engineering (Photo: Photo provided by IU School of Medicine)

For Sen, one of the primary draws to come to Indianapolis represented the mix of research, clinical, and commercial opportunities, he said. Not only will he have 11,000 square feet of newly renovated space  in the Medical Research & Library building on the IUPUI campus, he will also be among the first medical school tenants in the 16 Tech campus on the Nearwestside.

In 10 years he predicts he will have “new technology coming to the market” stemmimg from his research endeavors.

That research in some ways represents the next generation of stem cell science, which involves taking building block cells and manipulating them to become specialized types of cells. Once thought to be the frontier of medicine, stem cell research ran into some hiccups since stem cells at times proved difficult to control.

Rather than starting with potentially renegade stem cells, regenerative medicine turns to existing cells, such as skin cells, and transforms them into another type of cell, such as a blood vessel or neuron cell with an eye to providing damaged vessels or nerves with new, healthy cells.

As executive director of the IU Health Comprehensive Wound Center, Sen will target diabetic wounds, which can lead to an amputation if not properly treated. Each year, about 73,000 foot amputations are performed on people with diabetes.

About 10 percent of people with diabetes develop foot ulcers related to the disease. Indiana has the sixth highest rate for leg amputations among Medicare enrollees, according to the Dartmouth Atlas of Healthcare, which uses Medicare data to compare care in different regions of the country.

“Five years down the line, my expectation will be that IU will be home to a wound center like none other in the country,” Sen said. “We will rescue one limb at a time.”

To that end, Sen has led the development of several  products to address wound care, including a product that adds small amounts of metal to a dressing to spark the body’s own defenses and to generate an electrical field that kills bacteria. While other antimicrobial bandages exist, bacteria can often find ways to develop resistance to those substances. They are not as successful when it comes to combatting this approach, Sen said.

“We went down a biophysical, not a biochemical path,” he said.

The FDA has approved the bandage for use in diabetic ulcers and Sen is just starting a Department of Defense funded study on whether it will improve care for wounded soldiers.

At IU, Sen and the others also will continue to explore another regenerative medicine therapy, known as nanotransfection. This entails using a nanochip to inject a different genetic code into one type of cell, say a skin or fat cell, to instruct that cell to transform itself into a different type of cell.

Currently, Sen is testing this in large animals and hopes to eventually move to humans. One day, he said, it could help save limbs crushed in accidents or damaged by explosives.