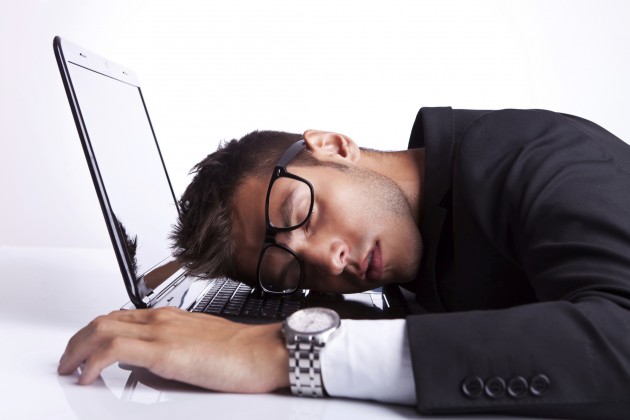 The events that lead to the sleep disorder narcolepsy are a long-standing mystery. Writing in Nature, Latorre et al.1 reveal that people with narcolepsy have unusually high levels of a type of immune cell called a T cell, which targets proteins normally present in neurons in the brain. This finding raises the question of whether narcolepsy arises because T cells unleash an autoimmune response against neurons that are important for sleep regulation. 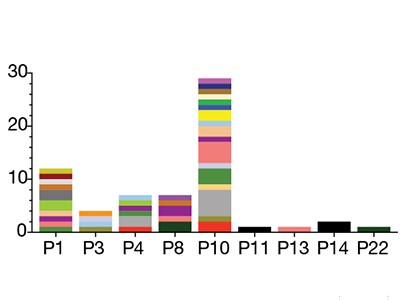 Narcolepsy affects around 1 in 2,000 people2. The symptoms usually begin in adolescence or early adulthood, and include daytime sleepiness and, in some cases, cataplexy — sudden muscle weakness during wakefulness that causes falls. A small population of neurons in the brain produces a protein called hypocretin, which controls sleep–wake cycles3, and narcolepsy-like symptoms occur in animals that have defects in genes required for the production of or response to hypocretin4. Narcolepsy type 2 is associated with daytime sleepiness, and this can progress to narcolepsy type 1, which is characterized by sleepiness and cataplexy. People with narcolepsy type 1 have abnormally low numbers of hypocretin-producing neurons5.

Hypocretin levels in the cerebrospinal fluid that bathes the brain and spinal cord can be measured to help diagnose6 narcolepsy type 1, and such tests provide a way of indirectly monitoring the loss of hypocretin-producing neurons over time. The trajectory of this neuronal loss remains to be fully understood, but can take months or years.

Studies of human genetics have implicated immune-system genes in narcolepsy. Yet whether the immune system contributes to the demise of hypocretin-producing neurons, and if so, how, was unknown. HLA genes encode proteins that can present protein fragments called antigens to T cells, and this interaction can trigger an immune response against cells that contain the specific antigen. Autoimmune diseases are often associated with HLA genes7. A version of one such gene, called HLA-DQB1*06:02, is present in more than 98% of people with narcolepsy8, but it is found in only 15–30% of the general population, depending on ethnicity8,9. Moreover, previous reports10,11 suggest that antibodies targeting neuronal proteins are present at a higher than usual frequency in people with narcolepsy.

Latorre and colleagues used various techniques to identify human T cells that recognize specific antigens. The authors tested whether T cells that recognize antigens from hypocretin were present in blood samples from 19 people with narcolepsy (14 of whom had HLA-DQB1*06:02) and from a control group of 13 people who didn’t have narcolepsy and carried the HLA-DQB1*06:02 gene variant. The authors found that all of those with narcolepsy had a type of T cell called a CD4+memory T cell that gave a substantial response to peptide fragments of hypocretin, and this response included the expression of immune-signalling molecules called cytokines (Fig. 1). However, only three members of the control group had T cells that responded to hypocretin, and this response was much weaker than that of the narcolepsy group. When the authors analysed samples of CD4+ T cells, they found that the proportion of these cells that recognize hypocretin was more than ten times higher in individuals with narcolepsy than in control individuals. This increased T-cell reactivity to hypocretin has also been reported independently12, and strongly suggests that autoimmunity has a role in narcolepsy.

The authors’ in-depth in vitro analysis of the samples from people with narcolepsy enabled the specific hypocretin peptides recognized by the T cells to be characterized, together with the versions of the T-cell receptors that were involved in antigen recognition. Unexpectedly, most of these T cells did not recognize hypocretin peptides bound to the HLA-DQ6 proteins that are encoded by HLA-DQB1*06:02. Instead, HLA proteins called HLA-DR were involved.

The authors made the puzzling finding that immune cells called antigen-presenting cells, which, as their name indicates, can present antigens to T cells, did not cleave hypocretin into the specific peptides to which the T cells responded. This suggests that hypocretin needs to be cleaved, either extracellularly or in neurons that express hypocretin, to enable presentation of these peptides by antigen-presenting cells.

Previous epidemiological studies14,15 have revealed an increased risk of narcolepsy in people who were vaccinated against the 2009 H1N1 strain of influenza virus. Crossreactivity can occur if a T cell recognizes antigens from different types of protein that have some structural similarity16. Latorre et al. report that the T cells they tested that can recognize hypocretin do not recognize antigens from the H1N1 flu virus, and thus do not show crossreactivity. The nature of the link between vaccination against the 2009 H1N1 flu strain and the narcolepsy cases that arose post-vaccination remains unknown.

There is a dearth of information about the immunological processes that occur in the brain during narcolepsy. Latorre and colleagues analysed samples of cerebrospinal fluid from seven people with narcolepsy. One of them had hypocretin-recognizing T cells of a type termed CD8+. Further studies are therefore needed to determine whether T cells that recognize hypocretin are enriched in the cerebrospinal fluid of people who have narcolepsy.

Latorre and colleagues noted the presence of T cells that recognize hypocretin in blood samples of two people with narcolepsy type 2 who lacked HLA-DQB1*06:02, and in whom hypocretin levels were not abnormally low. This challenges the model that targeting of hypocretin by such T cells is involved in neuronal destruction. However, the authors did detect a high frequency of hypocretin-specific CD8+ T cells in blood samples from a person with narcolepsy type 2 who subsequently developed cataplexy. Therefore, it is possible that this person’s hypocretin-producing neurons had been undergoing a process of destruction. This observation is consistent with results from a mouse study showing that CD8+ T cells that recognize an antigen expressed by hypocretin-producing neurons can directly kill these neurons17.

Several questions remain to be answered. For example, do T cells that target neuronal proteins other than hypocretin have a role in narcolepsy? What are the contributions of CD4+ and CD8+ T cells, and are other immune cells or antibodies involved? CD8+ T cells recognize antigens bound to HLA proteins that belong to a group called HLA class I, which can be present on neurons. However, if CD4+ T cells target neurons, it is unclear how this occurs, because neurons do not express HLA class II proteins (a group that includes HLA-DQ6 and HLA-DR) that CD4+ T cells bind to18.

Firmly establishing whether there is a causal relationship between the presence of hypocretin-targeting T cells and narcolepsy is a key issue, because if this is confirmed it would provide a therapeutic target for narcolepsy. Some insights might come from studying immune responses over time in patients, ideally starting at disease onset.

It would indeed be valuable to obtain a precise picture of the contribution of hypocretin-specific CD4+ T cells to narcolepsy. Do these cells initiate the disease-causing process? Do they contribute to the later-stage progression? Are they present as a secondary consequence of the disease but do not contribute to disease progression? There are many possibilities to consider. For example, do unidentified immune cells cause the demise of hypocretin-producing neurons and lead to a second wave of immune cells, such as hypocretin-specific T cells, that target the neurons? Or perhaps such second-wave T cells might not contribute to the progression of narcolepsy at all, because they might not interact with hypocretin-producing neurons.

If further experiments strengthen the proposed link between increased T-cell reactivity to hypocretin and neuronal damage, Latorre and colleagues’ study might lead to targeted immune therapies. If this is the case, such treatments would probably be developed to target the immune system at the time of onset of narcolepsy.