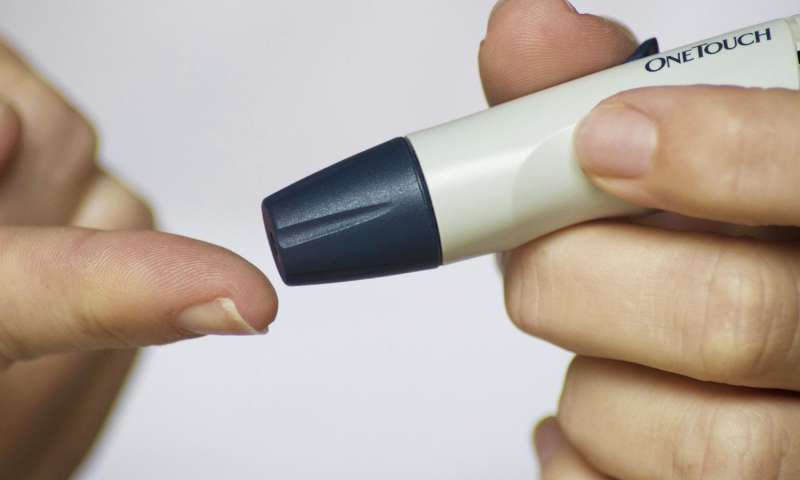 Diabetes presents an enormous global health challenge. Currently 425 million people have diabetes and this is expected to rise to 750 million by 2025. It is estimated that 10% of our national healthcare budget relates to the management of diabetes and related complications.

People with diabetes have a high incidence of cardiovascular disease. A build-up of fat and immune cells [plaque] on blood vessels causes inflammation and plaque development. If a plaque ruptures, it can clog up a blood vessel and starve the brain of oxygen, resulting in stroke.

In healthy conditions, the body produces special messenger molecules that tightly control inflammation. In diseases such as diabetes, inflammation can become so vigorous that it overwhelms the activity of these messengers and rages out of control.

This research study carried out by Dr. Eoin Brennan in UCD and investigators in Melbourne as part of an EU funded project took a radical approach of mimicking the activity of these messengers using a synthetic version of a molecule called lipoxin.

“I first worked with colleagues in the UCD School of Chemistry led by Professor Patrick Guiry to design a synthetic version of lipoxin called Benzo-LXA4. Then, I went to the laboratory of Professor Mark Cooper and Dr. Phillip Kantharidis in Melbourne to look at the potential of using natural lipoxin and this synthetic mimic to treat vascular complications in diabetic animals. We were excited to find that not only did this decrease the amount of plaque in the blood vessels, it reversed established heart disease”, explained Dr. Brennan.

Dr. Brennan returned to UCD for the next stage of the project, which involved treating human carotid plaque tissue with these protective molecules to see if the findings in the laboratory were also relevant in the clinic. To do this, Ms Mary Barry and a team of vascular surgeons at St Vincent’s University Hospital, Dublin provided carotid plaque biopsy tissue after surgery to enable the UCD researchers to test the effects of the lipoxin drugs on patient tissue.

By taking the plaque tissue from human blood vessels and exposing it to lipoxin molecules in the laboratory, the research team found that inflammation was reduced. These results provide insights into the process of vascular damage seen in atherosclerosis, particularly in the diabetes setting, and identify lipoxins as a novel therapeutic for diabetic complications.

Importantly, the team showed that lipoxins could prevent the progression of atherosclerosis in animals with established atherosclerotic lesions. The study builds on earlier work by these scientists that showed these compounds reversed established diabetic kidney disease.

Co-senior author, Professor Catherine Godson, Director of the UCD Diabetes Complications Research Centre and Fellow of UCD Conway Institute said, “This study highlights lipoxins as protective against diabetes-associated complications, such as accelerated atherosclerosis. It is important to recognise the novelty of this approach. The problems with anti-inflammatory drugs are well documented.

Here, we used an alternative, kinder and gentler approach than merely blocking inflammation. Instead, we have promoted its resolution by mimicking processes that keep us healthy. Based on these findings, we recently secured international support from the Juvenile Diabetes Research Foundation to look at how these lipoxin molecules interact with existing anti-diabetic therapies.”

Professor Mark Cooper, Head of the Diabetes Department in Monash University Central Clinical School and a world leading researcher in the field of diabetes and its complications said, “In itself, this international collaboration has proved to be a truly fantastic example of translational medicine research; bringing together synthetic chemists with biomedical researchers and clinicians to move findings from laboratory models to ex-vivo tissue samples from patients.”

The research is published in the current issue of the journal Diabetes.