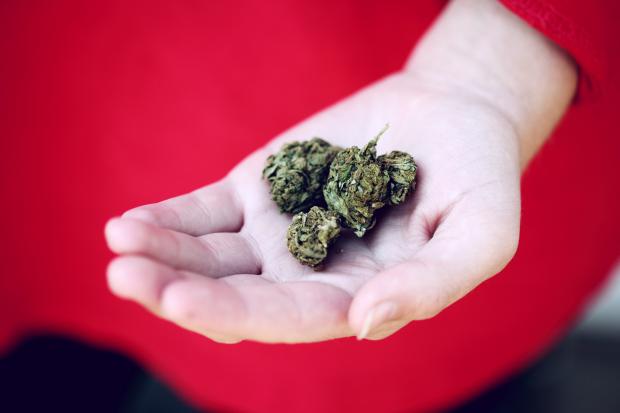 The issue of drug use and harm is one of the most compelling challenges of the current era. The so-called “war on drugs,” in which the UN has tried to stamp out recreational drug use through attacking drug suppliers and drug users, has been fought for over 40 years at great economic social and human costs and despite being widely discredited it is still ongoing.

One less discussed impact of making drugs “illegal” under the UN Conventions and national legislation is the hugely negative impact this has had on research and clinical innovation, where illegal drugs can no longer be studied or used to develop medical treatments.

For many years I have argued that this impact is the worst censorship of research in the history of science and medicine, and that a more enlightened approach to “illegal” drugs will revolutionise medical science.

Banning drugs in the UK made them more popular

The premise that banning certain drugs for medicinal use will reduce their recreational use is clearly flawed, yet it still underpins current UN and almost all national regulations. This applies to the control of many drugs that have proven medical benefits, such as cannabis, psychedelics, and MDMA (the chemical name for the recreational drug called ecstasy).

Cannabis was considered a medicine for millennia, when in the 1930s, following pressure from the USA, it was decided that it should be removed from medicine in a vain attempt to limit recreational use.

In the ensuing 80 years, the number of people using cannabis in the western world increased at least twenty-fold, proving the premise underpinning the ban to be utterly wrong.

In reality there was never significant diversion from medical use to recreational use of cannabis nor is there ever likely to be. Similar social trends have been seen in all western countries and yet only The Netherlands has had the courage to face the facts and keep cannabis as a medicine. Though Germany, Belgium, and Spain, have recently allowed it.

The banning of the psychedelics such as psilocybin and LSD plus MDMA was also largely a gesture to pressure from the US and the UN, fuelled by media hysteria over grossly exaggerated harms.

There is little, if any, evidence that the ban reduced recreational use and yet it has severely impeded these drugs from being used as medicines and research tools.

Before their ban, both psilocybin and MDMA were used successfully in therapy. But the case of LSD is perhaps the most outrageous.

LSD: most effective treatment for alcoholism

Today, LSD is illegal in over 200 countries that have signed up to the UN Conventions. But before this, studies have shown that LSD treatment is more effective than any other current treatments for alcoholism (Photo: Shutterstock)

Today, LSD is illegal in over 200 countries that have signed up to the UN Conventions.

Before it was banned in the late 1960s the US government had funded over 130 separate studies on LSD, with positive outcomes in many psychiatric disorders including anxiety, depression, and alcoholism in particular.

The founder of Alcoholics Autonomous (AA), Bill Wilson, achieved abstinence from alcoholism through a psychedelic experience. After this, he strongly supported the use of LSD to allow alcoholics to break free from the chains of their addiction.

Due to his enthusiasm, six trials of LSD to treat alcoholism were conducted. These have recently been subjected to modern statistical analysis by two Norwegian researchers who showed that the LSD treatment was more effective than any current treatments for alcoholism.

But since the 1967 ban, not a single person in the world has been allowed this treatment because all countries have signed up to the UN Conventions that state LSD has no medical value, and it was placed in Schedule 1 [the most severely controlled section] of the regulations, meaning that research was virtually impossible.

As well as being blatantly dishonest, these Conventions stopped all research in this area, for since the ban neither the US or UK governments have funded a single study on LSD.

Currently, more than three million people a year die prematurely from alcohol misuse according to WHO. Based on these figures I estimate conservatively that since 1967 over 100 million people world-wide have died prematurely from alcoholism, a disease that typically reduces life expectancy by 15-20 years. If LSD treatment had been continued we might expect at least 10 per cent of these to have become abstinent, saving around 10 million premature deaths.

Meanwhile, MDMA, which is illegal across all the world for recreational use, has recently been shown to have efficacy in the treatment of severe PTSD, where other conventional treatments have failed. Here again, just two MDMA sessions has been shown to produce powerful benefits lasting many years.

Reverse the ban on Schedule 1 drugs

I would argue that the UN Conventions preventing such therapeutic benefits is the worst censorship of medicine in history, and totally disproportionate to the perceived benefits of the ban.

So how can we overturn this block on research and clinical treatments with these Schedule 1 drugs?

I believe that the way forward is to use a mixture of science and clinical trials. And in recent years a few scientists have tried to swing the pendulum back.

Our brain imaging studies of psilocybin (magic mushrooms juice) and LSD have shown the profound effect of these drugs to disrupt potentially maladaptive brain circuits and thinking processes that are now known to underlie disorders such as depression, addiction, and OCD.

These discoveries led us to apply for – and obtain – the first ever grant awarded by the UK Medical Research Council to study psilocybin. This allowed us to conduct a study of people with resistant depression and we found a very powerful and enduring antidepressant effect with just a single active dose.

Two similar studies (here and here) in the USA have also found a similar efficacy in people with end of life depression and anxiety.

Time we all reconsidered

In light of these exciting and powerful findings I think it is time that all countries reviewed their own (seemingly) unthinking support of the current UN approach to recreational drug control, including the Nordics.

The war on drugs does much more harm than good and is hugely detrimental to medical research.

It is time for the people who might benefit from a repeal of these Schedules in all countries, to call on their politicians to review their national laws on these drugs and empower much more research in this area.