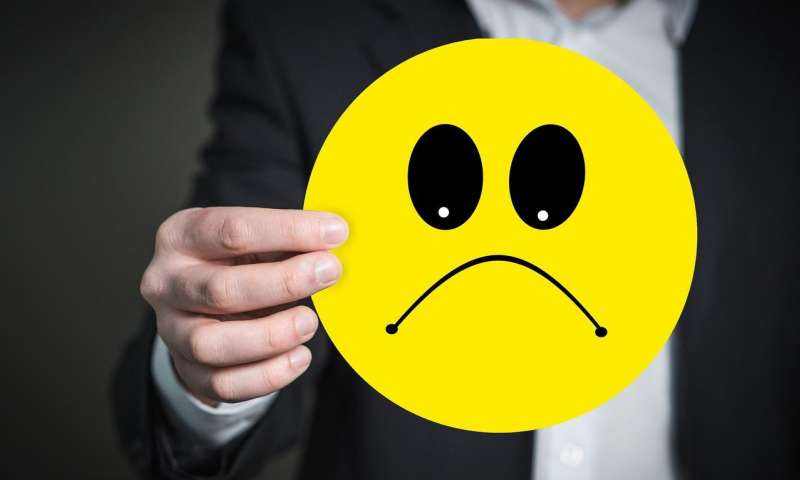 Negative mood—such as sadness and anger—is associated with higher levels of inflammation and may be a signal of poor health, according to researchers at Penn State.

Inflammation is part of the body’s immune response to such things as infections, wounds, and damage to tissues. Chronic inflammation can contribute to numerous diseases and conditions, including cardiovascular disease, diabetes and some cancers.

This study, the results of which were recently published in the journal Brain, Behavior, and Immunity, is what the researchers believe is the first examination of associations between both momentary and recalled measures of mood or affect with measures of inflammation, according to principal investigator Jennifer Graham-Engeland, associate professor of biobehavioral health at Penn State.

Participants were asked to recall their feelings over a period of time in addition to reporting how they were feeling in the moment, in daily life. These self-assessments were taken over a two-week period, then each was followed by a blood draw to measure markers that indicated inflammation.

The researchers found that negative mood accumulated from the week closer to the blood draw was associated with higher levels of inflammation.

Additional analyses also suggested that the timing of mood measurement relative to the blood draw mattered, Graham-Engeland said. Specifically, there were stronger trends of association between momentary negative affect and inflammation when negative mood was assessed closer in time to blood collection.

In addition, momentary positive mood from the same week was associated with lower levels of inflammation, but only among men in this study.

Participants were from a community sample generated from a housing development in the Bronx, New York, as part of the larger Effects of Stress on Cognitive Aging, Physiology, and Emotion (ESCAPE) study. Participants were socio-economically, racially and ethnically diverse.

The research was cross-sectional, Graham-Engeland said, and several analyses were exploratory and will require replication. These results inspire ongoing research to investigate how intervention in daily life can improve mood and help individuals cope with stress.

“We hope that this research will prompt investigators to include momentary measures of stress and affect in research examining inflammation, to replicate the current findings and help characterize the mechanisms underlying associations between affect and inflammation,” Graham-Engeland said. “Because affect is modifiable, we are excited about these findings and hope that they will spur additional research to understand the connection between affect and inflammation, which in turn may promote novel psychosocial interventions that promote health broadly and help break a cycle that can lead to chronic inflammation, disability, and disease.”