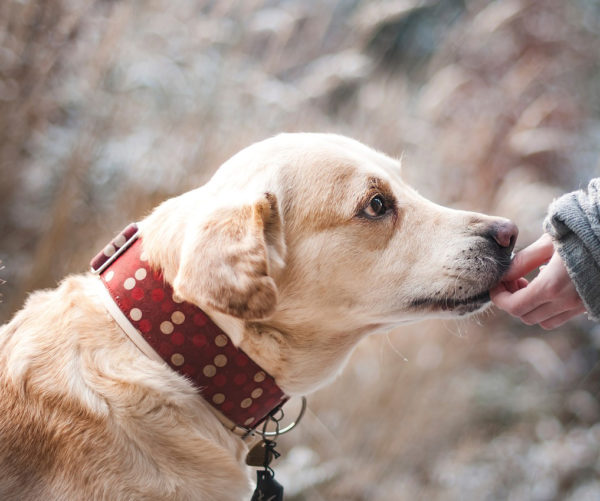 Individuals can send a saliva sample in a small plastic container to the “Dog Prognose” lab to find out right away whether or not they have cancer for around $100.

Uri Bakeman is a professional dog trainer and the owner of the laboratory. He told Army Radio, “The most important issue is that this test detects the disease at its earliest stage, since the dogs can identify the characteristic signs of the smell of the disease. If the dog sits down after sniffing the sample, it means it is suspicious.”

One well-known example of canine cancer detection involved a dog named Daisy, who passed away last year. While working for the UK foundation “Medical Detection Dogs,” she managed to correctly identify 500 cases of cancer through breath and urine samples. In 2014, Daisy won the Blue Cross medal for saving hundreds of lives.

Scientists estimate that a dog’s sense of smell is tens of thousands of times stronger than that of humans. The smells of disease come from volatile organic compounds (VOCs) that we release in our sweat, urine, and other bodily fluids. It is this signature smell that dogs are picking up on.

In 1989, a study published in The Lancet was the first to link dogs with cancer VOCs. The study authors described a case where a dog obsessively sniffed a lesion on its owner’s thigh that turned out to be an early sign of melanoma. The research advanced at a slow pace after this, but a growing collection of evidence has accumulated in recent years.

Many reports, such as a dog repeatedly smelling its owner’s breath just before she received a diagnosis of lung cancer, suggest that dogs have the ability to detect cancer early. However, not all canine cancer detection studies have been successful, and some experts believe that much more work is needed before this technique can be proven reliable.