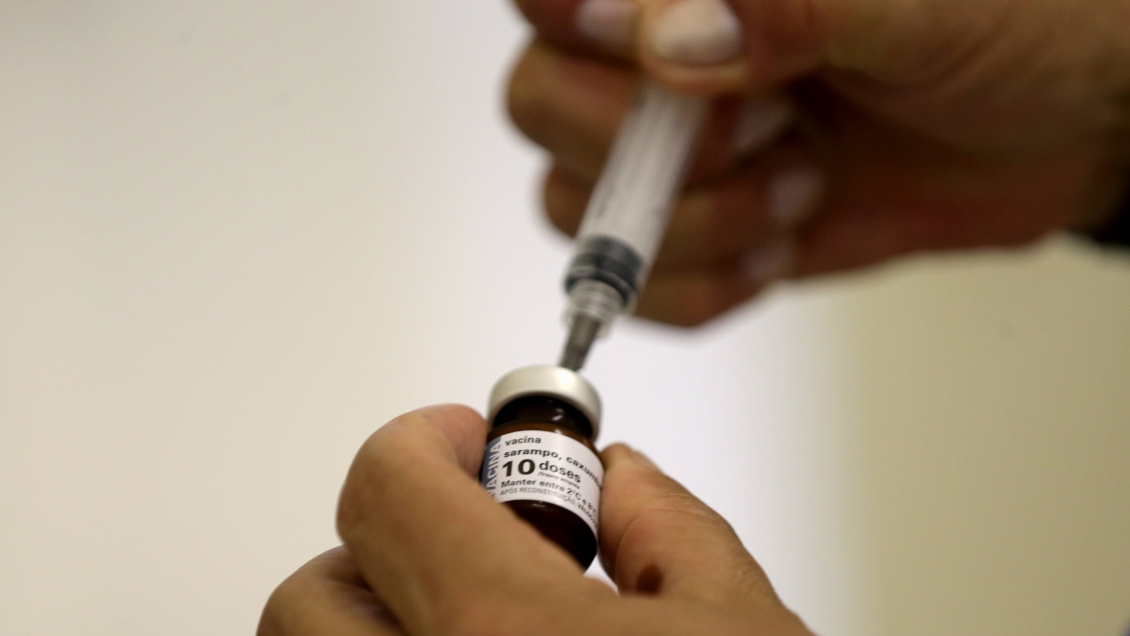 Measles cases in the United States have surpassed the highest number on record since the disease was declared eliminated nationwide in 2000.

Overall, there have been 681 measles cases across 22 states this year, according to CNN’s analysis of data from state and local health departments.
Previously, the highest number of reported cases since elimination was 667 in 2014.
The states reporting measles cases are Arizona, California, Colorado, Connecticut, Florida, Georgia, Illinois, Indiana, Iowa, Kentucky, Maryland, Massachusetts, Michigan, Missouri, Nevada, New Hampshire, New Jersey, New York, Oregon, Tennessee, Texas and Washington.
As of Monday, the US Centers for Disease Control and Prevention reported 626 individual cases of measles confirmed in those 22 states. This includes illnesses reported by state health departments to the CDC through April 19 and therefore does not include cases reported since then.
Wednesday evening, the CDC confirmed the milestone. In a statement the agency said that as of 3 p.m. Wednesday it counted 695 cases of the illness this year.
This is a break from the CDC practice of updating measles numbers weekly on Mondays. The CDC said it will not update its website with this new number until Monday, as scheduled.
As the number of measles cases has soared this year federal health officials have remained mostly silent.
That changed Wednesday evening when Health and Human Services Secretary Alex Azar released a statement.
“The United States is seeing a resurgence of measles, a disease that had once been effectively eliminated from our country,” he said and acknowledged the significance of the number of cases.

Measles is a highly contagious disease caused by a virus that can spread through the air when an infected person coughs or sneezes or if someone comes into direct contact or shares germs by touching the same objects or surfaces. Measles symptoms may include fever, cough, runny nose, watery eyes and a rash of red spots.
Most cases in the United States have emerged in communities with low rates of vaccination against the virus, according to public health officials.
“I do believe that parents’ concerns about vaccines leads to undervaccination, and most of the cases that we’re seeing are in unvaccinated communities,” Dr. Nancy Messonnier, director of the National Center for Immunization and Respiratory Diseases at the CDC, said in February at a congressional hearing about measles outbreaks.
Nationally, the United States has high measles vaccination coverage. The CDC says 91.5% of US children aged 19 months to 35 months received at least one dose of the measles, mumps and rubella vaccine in 2017, the most recent year available.
“However, there are pockets of people who are vaccine-hesitant,” Messonnier said.
“Outbreaks of measles occur when measles gets into these communities of unvaccinated people,” she said. “The only way to protect against measles is to get vaccinated.”
A source familiar with the measles situation in the United States previously told CNN that of the 626 cases of measles that federal officials counted as of last week, 72% are unvaccinated, and 18% have an unknown vaccination status. Among those who are unvaccinated, it may be because of personal beliefs and medical reasons. The other 10% were vaccinated with either one or two doses.
Of those 626 cases, 487 were in people 19 and younger.
Measles outbreaks — defined as three or more cases — have been ongoing this year in Rockland County, New York; New York City; Washington state; Santa Cruz County, California; New Jersey; Butte County, California; and Michigan.
The CDC has noted that those outbreaks are linked to travelers who were infected and brought measles back from other countries, including Israel, Ukraine and the Philippines.
For instance, the outbreak in New York, which was declared a public health emergency thismonth, began when an unvaccinated child became infected while visiting Israel, according to health officials.
A person from New York who was unknowingly contagious with the measles then visited Southeast Michigan, spreading the illness to at least 38 people there, according to Lynn Sutfin, public information officer for the Michigan Department of Health and Human Services.
The CDC referenced the ongoing outbreak in New York Wednesday. “The longer these outbreaks continue, the greater the chance measles will again get a sustained foothold in the United States.”

The history of measles in America

In 1912, measles became a nationally notifiable disease in the United States, meaning it was required that health care providers and laboratories report diagnosed cases. In that first decade of reporting, an average of about 6,000 measles-related deaths were reported annually.
In the 1950s, researchers isolated the measles virus in a patient’s blood, and in the 1960s, they were able to transform that virus into a vaccine. The vaccine was licensed and then used as part of a vaccination program.
Before the measles vaccination program was introduced in the United States in 1963, an estimated 3 million to 4 million people got the disease each year nationwide, according to the CDC. Afterward, cases and deaths from measles in the United States and other developed countries plummeted. There were 963 cases reported in the United States in 1994 and 508 in 1996.
By 2000, when there were only 86 cases, measles was declared eliminated from the United States, meaning there was no continuous transmission of the disease for more than 12 months.
Since 2000, the annual number of reported measles cases has ranged from 37 people in 2004 to 667 in 2014.
The measles, mumps and rubella vaccine — known as the MMR vaccine — is very effective. One dose is about 93% effective at preventing measles if you come into contact with the virus. Two doses are about 97% effective.
Experts recommend that children receive the vaccine in two doses: first between 12 months and 15 months of age and a second between 4 and 6 years old.
With any medicine, including vaccines, there is a chance of reactions, according to the CDC. These are usually mild and go away on their own, but there is a “remote chance” of side effects and even serious injuries.
Experts say the benefits outweigh the risks when it comes to the measles vaccine.
In his statement, Azar emphasized the safety and effectiveness of the vaccine that protects against measles.
The CDC said it is working around the clock to protect Americans from measles.