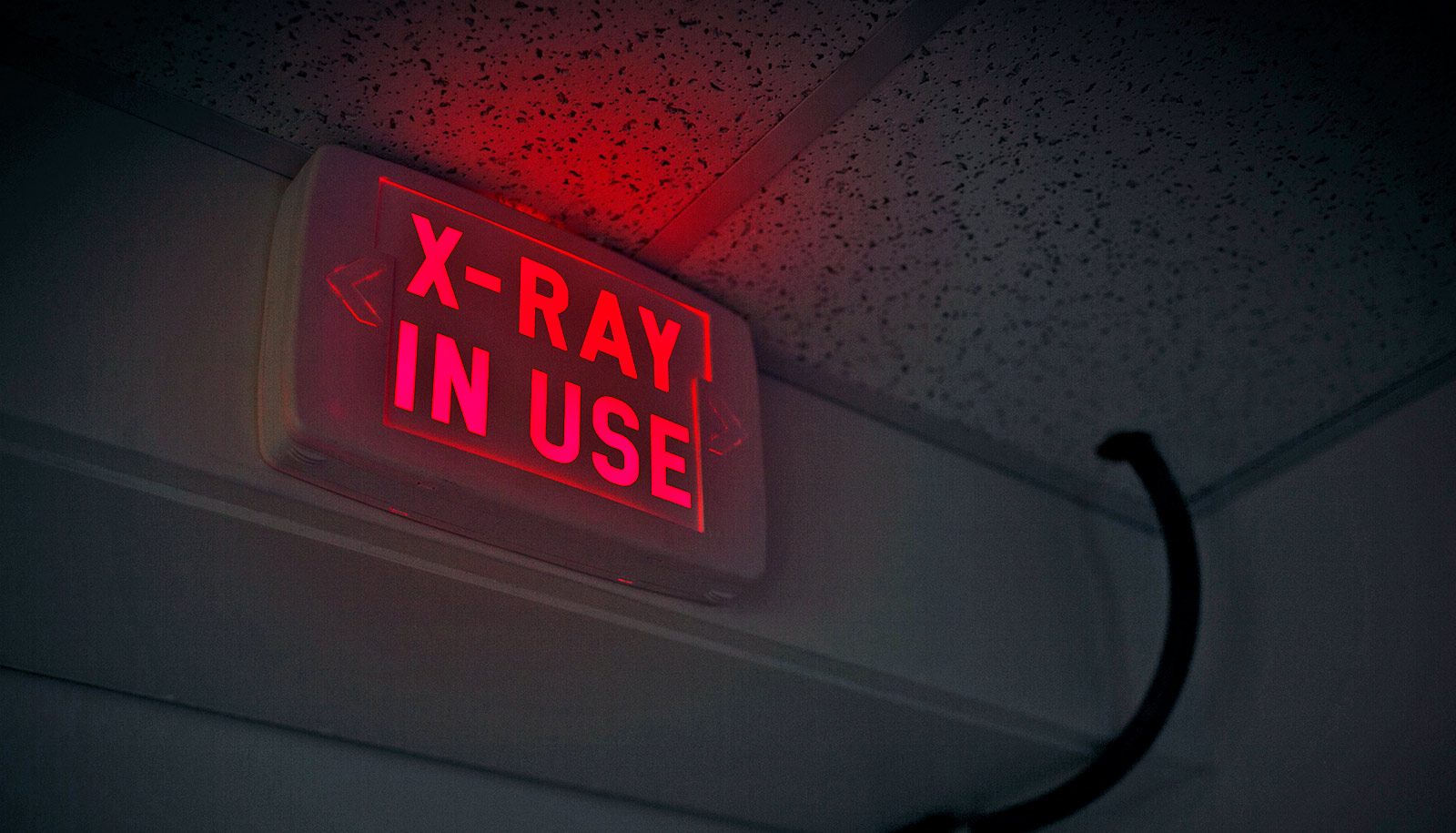 Even with reduced side effects, proton therapy resulted in cure rates similar to those of X-ray radiation therapy, the study finds.

The study is the first major side-by-side comparison of side effects related to proton therapy and X-ray radiation therapy. It included almost 1,500 patients receiving combined chemotherapy and radiation therapy for lung, brain, head and neck, gastrointestinal, and gynecologic cancers that had not yet spread to other parts of the body.

These patients receive both radiation and chemotherapy, a treatment regimen that often cures nonmetastatic cancer. But it also causes severe side effects—such as difficulty swallowing, nausea, and diarrhea—that reduce quality of life and can, in some cases, require hospitalization.

After controlling for differences between the groups, such as age and additional medical problems, the researchers found that patients receiving proton therapy experienced a two-thirds reduction in the relative risk of severe side effects within 90 days of treatment, compared with patients receiving X-ray radiation therapy.

“Proton therapy was associated with a substantial reduction in the rates of severe acute side effects—those that cause unplanned hospitalizations or trips to the emergency room—compared with conventional photon, or X-ray, radiation for patients treated with concurrent radiation and chemotherapy,” says Baumann, an assistant professor of radiation oncology at Washington University and an adjunct assistant professor of radiation oncology at the University of Pennsylvania.

“The opportunity to reduce the risk of severe side effects for patients and thereby improve their quality of life is very exciting to me. While there have been other studies suggesting that proton therapy may have fewer side effects, we were somewhat surprised by the large magnitude of the benefit,” Baumann says.

THE RESEARCHERS ALSO FOUND NO DIFFERENCES BETWEEN THE TWO GROUPS IN SURVIVAL, SUGGESTING THAT PROTON THERAPY WAS JUST AS EFFECTIVE IN TREATING THE CANCER.

The researchers focused their study on what are called grade 3 adverse events, which are severe enough to require hospitalization. These can include pain, difficulty swallowing that might result in weight loss, difficulty breathing, and nausea and diarrhea severe enough to cause dehydration.

The researchers also found no differences between the two groups in survival, suggesting that proton therapy was just as effective in treating the cancer even as it caused fewer side effects.

Overall survival at one year for the proton therapy group was 83 percent of patients versus 81 percent for the X-ray radiation therapy group. This difference was not statistically significant.

This study is the first large review of data across several cancer types to show a reduced side-effect profile for proton therapy compared with X-ray radiation therapy for patients receiving combined chemotherapy and radiation. The Food and Drug Administration has approved both types of radiation therapy for cancer treatment.

Protons are relatively heavy, positively charged particles that hit their target and stop. X-ray beams consist of photons, which are much smaller particles that have almost no mass, allowing them to travel all the way through the body, passing through healthy tissue on the way out.

Baumann notes that patients in the proton group had fewer side effects despite the fact that they were older—with an average age of 66—than patients in the X-ray radiation therapy group—with an average age of 61. Baumann says this age difference is due to a quirk of insurance. Medicare, with its minimum enrollment age of 65, covers proton therapy. But since proton therapy is more expensive to administer than X-ray radiation therapy, most private insurers do not cover it.

Baumann, who treats patients at Siteman Cancer Center at Barnes-Jewish Hospital and Washington University School of Medicine, says he and his colleagues did not compare the costs of the two different therapies and their associated adverse events, but they plan to in future studies.

Research funds from the University of Pennsylvania supported the work.