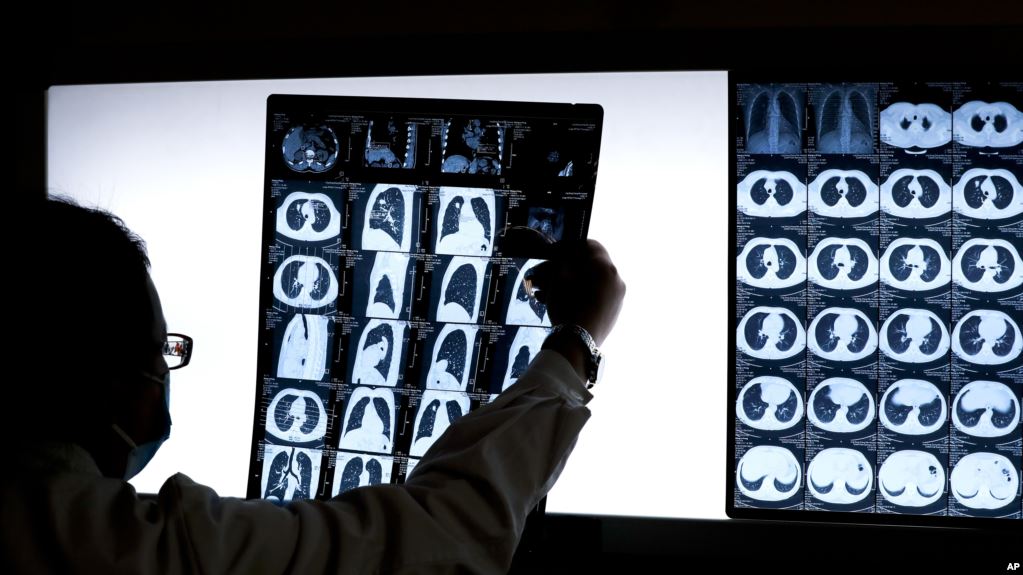 Researchers have developed a new machine system that they say can detect lung cancer as well as or better than doctors.

The system is powered by a deep learning algorithm that researchers from Google and Northwestern University created. Deep learning is a method of artificial intelligence or AI that teaches computers to learn by example.

The system is explained in a study published in the journal Nature Medicine.

The World Health Organization, or WHO, reports lung cancer is the most common form of cancer across the world. The WHO estimates that each year, lung cancer results in about 1.7 million deaths. Lung cancer has one of the worst survival rates among all cancers. However, as is the case with most cancers, survival rates can be greatly improved when the disease is caught early.

For many years, doctors have attempted to improve screening methods to detect lung cancer. The most common tool currently used is computed tomography, or CT. A CT scan uses X-rays and a computer to make detailed images of bones, organs and other tissue inside the body.

Doctors who are trained to study CT images of tissue examine the scans to look for evidence of cancer. The process can involve hundreds of images.

The examination of CT scans to detect lung cancer has been shown to reduce death rates by 20 to 43 percent, the study said. But it also noted that the method also results in a high rate of false-positive or false-negative cancer diagnoses.

The new deep-learning system uses an algorithm and three-dimensional or 3D technology to examine the CT scans, Google reported on its website. The method works by learning how to detect signs of cancer from a large number of CT samples.

The study reports the system was tested on 6,716 cases with known diagnoses, in partnership with the National Cancer Institute. The system’s overall success rate was 94.4 percent. When examining a CT scan for diagnosis, the deep-learning model performed equal to or better than six radiologists, the study found. Radiologists specialize in medical imaging to diagnose disease.

Google said in a statement, “We detected five percent more cancer cases while reducing false-positive exams by more than 11 percent compared to unassisted radiologists in our study.”

Dr. Mozziyar Etemadi is a professor of engineering at Northwestern University. He helped lead the research. He said the use of 3D technology marks a big step forward in the CT examination process.

“AI in 3D can be much more sensitive in its ability to detect early lung cancer than the human eye looking at 2D images,” Etemadi said. He added: “This is technically ‘4D’ because it is not only looking at one CT scan, but two – the current and prior scan – over time.”

Lily Peng is a product manager at Google’s Brain AI Research Group. She spoke about the study’s results during Google’s I/O 2019 conference earlier this month. She noted that the deep-learning system was able to identify very small signs of lung cancer that are difficult for humans to detect.

Peng noted that the method can be especially helpful in predicting cancer in patients whose early scans do not show doctors signs of lung cancer — even though cancer might be present. In such a case, a one-year break between CT scans could mean cancer could become very serious before being found on a second scan.

“Our model was able to detect these early signs – one year before the patient was actually diagnosed,” Peng said. “And that year could translate to an increased survival rate of 40 percent for patients like this.“

Veterans Affairs Research Communications - 14 July, 2020
0
Meditation was linked to lower cardiovascular risk in a data analysis by Veterans Affairs researchers and colleagues. The results appeared online June 30 in the American...