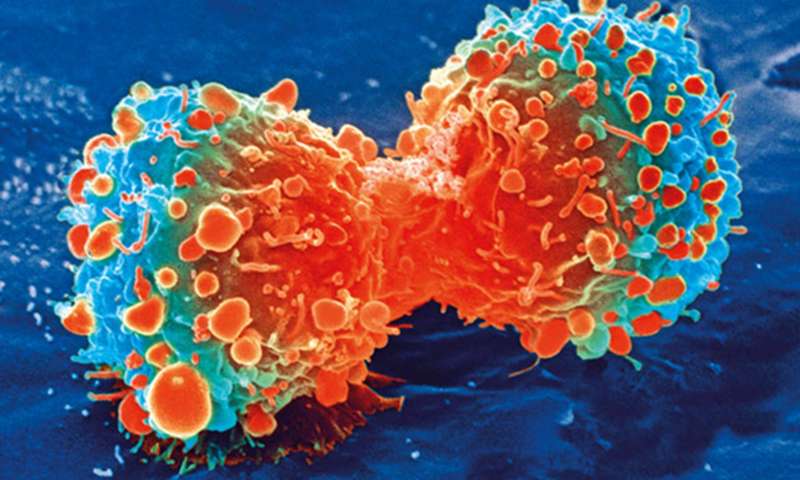 New research has found no increased risk of congenital malformations associated with treatment with radiotherapy or chemotherapy in children of fathers with testicular cancer. The study, by Yahia Al-Jebari of Lund University, Sweden and colleagues, is published in the open-access journal PLOS Medicine on June 4, 2019. It followed 4,207 children of 2,380 fathers and finds that those conceived after treatment were not at a greater risk of congenital malformations than those conceived before.

Radiotherapy and chemotherapy have been shown to cause mutations and genetic damage in animal and human sperm and there has been concern that men treated with those therapies could have an increased chance of having children with genetic disease or birth defects. Because testicular cancer affects younger men, the team were able to compare children conceived before and after their fathers received treatment.

The study data were from Swedish national birth registries, with 2 million Swedes born between 1994 and 2014. Limitations are a lack of data on frozen or donor sperm, and only a limited number of patients were treated with radiotherapy and high doses of chemotherapy. However, even for those children, no increased risk was detected.

The research does suggest a slightly raised risk associated with the fathers’ testicular cancer, regardless of treatment, but that increase was small, from 3.5 to 4.4 children in every 100 born, and should not be a worry to patients.

Yahia Al-Jebari says: “Our research set out to investigate whether treatment for the most common cancer among young men leads to a higher risk of fathering a child with a birth defect and we saw no increased risk associated with cancer therapies. We did see a slightly raised risk to children of these fathers but this was only very small and was not associated with treatment given. Patients should be reassured that this is not a cause for concern.”