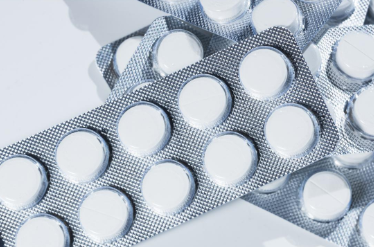 According to the Centers for Disease Control and Prevention (CDC), over 100 million adults in the United States live with diabetes or prediabetes, the condition that usually precedes the development of type 2 diabetes.

Diabetes is a known risk factor for many other health conditions and events, particularly heart disease, stroke, kidney disease, and vision loss.

Perhaps more surprisingly, research has also found that people with diabetes are more likely to experience anxiety, when compared with healthy individuals.

For example, one study published in 2008 found that anxiety had an approximately “20% higher prevalence” over the lifetimes of people with diabetes, compared with those without this metabolic condition.

While it is unclear exactly what is at the root of this link between prediabetes or diabetes and anxiety or depression, some studies have linked one specific aspect of these metabolic conditions — insulin resistance — with mental health symptoms.

Insulin resistance is characterized by the body’s inability to process glucose (a simple sugar) properly, which results in overly high blood sugar levels.

Some studies have linked insulin resistance directly with hormonal imbalances in the brain and, as a result, the development of depression-like and anxiety-like behaviors and symptoms.

Other studies have simply pointed out that depression and type 2 diabetes seem to share a physiological characteristic in insulin resistance.

Metformin and the ‘happiness hormone’

Recently, a team of researchers — many from the University of Toulouse, the University of Bordeaux, and other research institutions in France — have conducted a study in mice to investigate the link between anxiety, depression, and insulin resistance further and to find out how they might go about addressing all these problems simultaneously.

In their research — the findings of which appear in The Journal of Neuroscience — the team worked with male mice that had been fed a high-fat diet so that the scientists could simulate insulin resistance.

They also noted that the mice on this type of diet showed changes in the brain that were consistent with the presence of anxiety-like symptoms, which the researchers call “one of the most visible and early symptoms of depression.”

The researchers conducted two types of experiments. In one, they gave each mouse one of two kinds of drugs: either metformin, a common drug used to prevent and treat type 2 diabetes, or fluoxetine, a common antidepressant.

This, the researchers observed, was because the diabetes drug boosted levels of serotonin in the brain.

Serotonin is a hormone and neurotransmitter that plays a key role in the regulation of emotions. This is why people sometimes refer to it as the happiness hormone.

Metformin increased brain serotonin by reducing circulating levels of branched-chain amino acids, a type of amino acid that decreases the levels of tryptophan entering the brain.

Tryptophan is also an amino acid, but an essential one, meaning that humans and other mammals — including mice — can only obtain it from the food they eat. But tryptophan is especially important in this equation because the brain uses it to produce serotonin.

In short, if the brain does not have access to enough tryptophan, it cannot make enough serotonin, which can produce imbalances that, in turn, may facilitate symptoms of anxiety and depression.

Metformin provided a solution by allowing more tryptophan to “flow” into the brain, thus boosting brain levels of serotonin.

Guiard and colleagues saw similar results when they changed some of the rodents’ diets, giving them feed with reduced levels of branched-chain amino acids.

The researchers are hopeful that, in the future, these preliminary findings might help healthcare professionals come up with better ways of treating, not only metabolic conditions but also mental health symptoms.