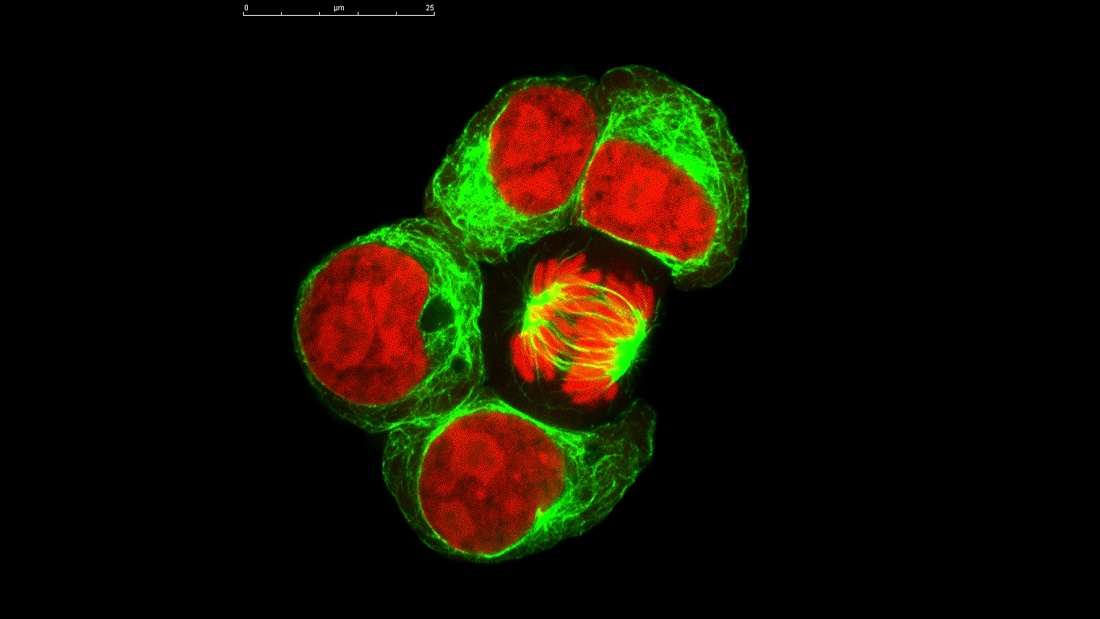 Lasers are awesome. While being both brilliant and useful instruments, they are still very sci-fi despite having been around for 59 years. Now, an international team led by researchers at Harvard Medical School has done something incredibly cool with lasers. They created tiny lasers that can fit inside a living cell. This breakthrough is reported in Nature Photonics.

If you’re not making a “That’s Amazing!” face let’s talk about the cool science behind them and what medical researchers can do with these microscopic lasers. Many people might not know that the word “laser” actually stands for “light amplification by stimulated emission of radiation.” It’s a coherent emission of light at a single specific wavelength. Unsurprisingly, converting this tech into something that can fit inside a cell was not easy.

Researchers made a virtue of necessity. At the moment, we use fluorescent dyes to tag specific cells, which helps researchers recognize tissues. Unfortunately, only a small number of colors can be created with this approach. But the researchers worked out that by trapping these dyes in an optical cavity (picture two mirrors confining light), they were able to create a tiny laser.

And these tiny lasers can be used to produce many distinguishable colors, roughly 400 at last count. They are made of a silica-coated semiconductor and don’t seem to affect how cells function.

“We have developed a new class of probes, laser particles, which are tiny lasers that can be inserted inside living cells,” lead author Dr Nicola Martino told IFLScience. “These laser particles are biocompatible, occupy only 0.1 percent of the volume of a typical cell and don’t interfere with its normal behavior. We use the light emitted by these probes to tag and track cells as they move throughout complex biological samples. They can be thought of as barcodes that can be used to distinguish cells from one another.”

The researchers believe that this approach could be crucial in the fight against tumors. They demonstrated this by growing a tumor spheroid in the lab, creating a cell system that mimics the growth of a tumor. They tagged thousands of individual cells with the tiny laser and were able to track them in real-time for several days.

“In the future, we will be able to use this information to understand how tumors grow and identify specific cells with a higher potential of forming metastasis,” Dr Martino explained. “It will be possible to single out these cells and perform further studies on them, like sequencing of their genetic profile. This will allow us to target specific genes with more intentionality, improving the options with which we can treat tumors in order to stop their spreading and formation of metastases.”

Metastasis means that cancer is spreading from one location to another. Cancer is an umbrella term that includes hundreds of different diseases that share the commonality that some cells within the body start damaging the body as a whole. By tagging and studying the behavior of the many different cells involved in tumors, scientists might gain important insights that could translate into new treatments.