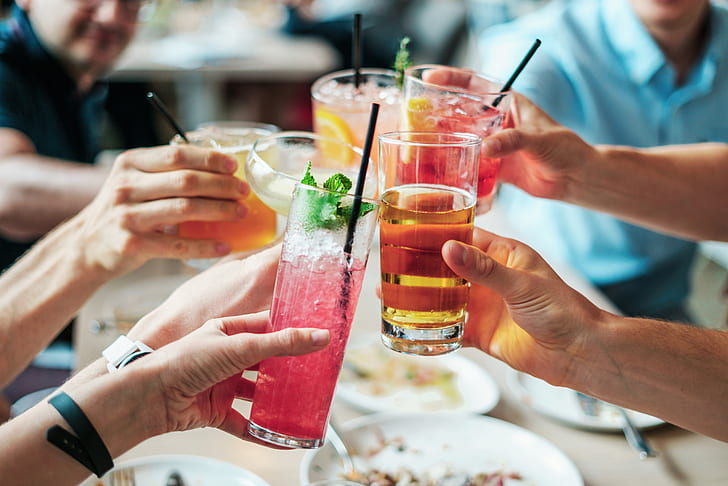 “Recommendations about alcohol consumption have focused on reducing the absolute amount rather than the frequency,” says study author Dr. Jong-Il Choi, a professor in the department of internal medicine at the Korea University College of Medicine in Seoul.

“Our study suggests that drinking less often may also be important to protect against atrial fibrillation,” he adds.

Prof. Choi, who also works at the Korea University Anam Hospital in Seoul, and his colleagues report their findings in a recent EP Europace study paper.

A-fib is the most common form of heart arrhythmia, a condition in which the heart beats too quickly, too slowly, or in an irregular way.

Prof. Choi observes that “atrial fibrillation is a disease with multiple dreadful complications and significantly impaired quality of life.”The common symptoms of A-fib include an irregular or fast pulse, palpitations, shortness of breath, fatigue, dizziness, and chest pain.

Between 2.7 and 6.1 million peopleTrusted Source in the United States have A-fib, according to the Centers for Disease Control and Prevention (CDC).

A-fib causes and consequences
It is sometimes difficult to say what causes A-fib. However, it appears that damage to the heart’s electrical system is often to blame. This damage can happen as a result of heart disease or as a complication of heart surgery. Other conditions, such as chronic uncontrolled high blood pressure, can also affect the heart in this way.

One of the main effects of A-fib is that it causes blood to pool in the lower chambers of the heart, which, in turn, increases the likelihood of clotting.

The potential for clotting is the main reason why the risk of stroke is four to five times higher in people with A-fib than in people without the condition.

An earlier pooled analysisTrusted Source of data from several studies had found that the chances of developing A-fib went up in line with increasing alcohol consumption.

Those findings showed that for every 12 grams of alcohol — roughly the amount in a single drink — that a person consumed per week, there was an 8% higher risk of A-fib.

However, that analysis did not clarify whether the total alcohol consumption or the number of drinking episodes had the strongest effect.

They analyzed data on 9,776,956 individuals in the Korean National Health Insurance Service database, which holds records on nearly everybody in the Republic of Korea.

None of the individuals in the analysis had A-fib when, as part of a health checkup in 2009, they completed a survey about alcohol intake.

Using the database records, the researchers were able to track these individuals through to 2017 to spot any occurrences of A-fib.

They assessed the effect of weekly alcohol consumption — which they calculated by multiplying the number of drinking sessions per week by the amount of alcohol consumed in each session — on the risk of new-onset A-fib.

However, the team found that the strongest factor was drinking sessions per week. Having a daily drink of alcohol was associated with a higher risk of A-fib than drinking twice a week, while drinking once a week was less risky.

In contrast, there was no link between consuming a large amount of alcohol in one session, or binge drinking, and new-onset A-fib.

“Drinking [a] small amount of alcohol frequently,” conclude the authors, “may not be a good strategy to prevent new-onset A-fib.”

They note that the association between the number of drinking episodes and A-fib onset held regardless of sex and age.

Speculating on the reason for the link, Prof. Choi suggests that alcohol could trigger an individual episode of A-fib and that if this keeps repeating, it could “lead to overt disease.”

“In addition,” he notes, “drinking can provoke sleep disturbance, which is a known risk factor for [A-fib].”

They saw a 2% rise in the risk of new-onset A-fib for each additional weekly gram of alcohol consumption.

The results also showed what appeared to be a protective effect of mild alcohol intake compared both with no drinking and with moderate and high levels of consumption.

Those who consumed no alcohol or drank moderate or high amounts had elevated risks of new-onset A-fib of 8.6%, 7.7%, and 21.5%, respectively, compared with mild drinkers.

Prof. Choi proposes, however, that this might not be a “true benefit,” but could be due to the “confounding effect of unmeasured variables.” Only further studies can confirm this.

He suggests that alcohol is likely to be the A-fib risk factor that people can alter most easily.

“To prevent new-onset atrial fibrillation, both the frequency and weekly amount of alcohol consumption should be reduced.”