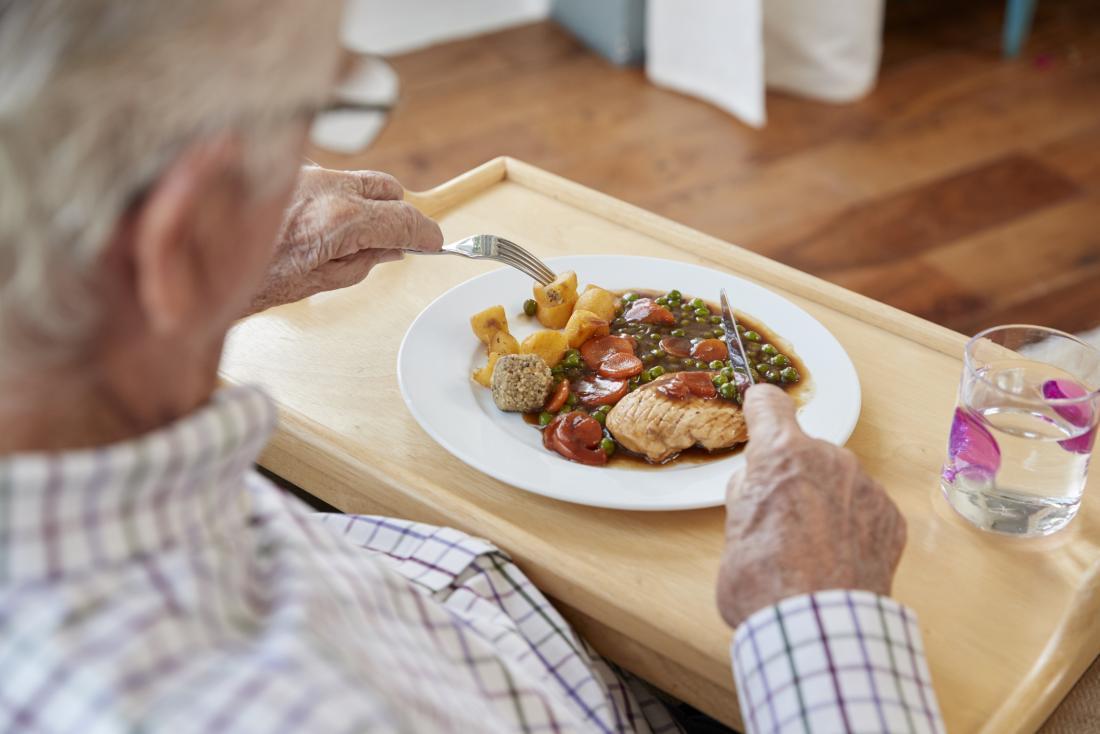 A recent review searches for links between dietary choices and prostate cancer. The authors conclude that there may be an association between plant based diets and a decreased risk of prostate cancer, as well as a link between dairy intake and increased risk.

According to the National Cancer Institute, there will be an estimated 174,650 new cases of prostate cancer in the United States this year.

In the U.S., about 11.6% of men will receive a diagnosis of prostate cancer at some point during their lifetime.

As with other types of cancer, scientists are still uncovering the full range of risk factors for prostate cancer.

Some scientists have turned to nutrition, but — for various reasons — measuring the effect of the diet on disease is notoriously difficult. As one example, food intake can fluctuate wildly from day to day, month to month, and year to year.

Also, certain dietary habits tend to tie in with lifestyle factors that influence health. For instance, someone who exercises regularly is also generally more likely to eat healthfully. These associations make it difficult to unpick whether it is lifestyle, diet, or both that have a protective effect.

For these reasons and many more, studies investigating the links between prostate cancer and diet have produced conflicting results.

Recently, researchers from Mayo Clinic in Rochester, MN, carried out an extensive literature review in an effort to cut through the noise. They published their findings in The Journal of the American Osteopathic Association.

According to the authors of the latest study, there is some circumstantial evidence that diet might influence prostate cancer risk.

They note that Western countries have much higher levels of prostate cancer than Asian countries, where people consume much lower levels of dairy.

Also, they explain that “decreasing mortality rates in the U.S. for several common cancers, including [prostate cancer], coincides with decreased meat and dairy intake and increased plant based food consumption.”

Of course, these correlations do not prove that dietary choices can influence prostate cancer risk. As the authors explain, the decrease in the mortality rates of cancer might be, at least partly, thanks to improved cancer screening and treatment. However, they believe that these correlations merit further scrutiny.

To investigate, they carried out a review of relevant studies that researchers published between 2006 and 2017. In all, they examined 47 studies, which included more than 1 million participants. The authors outline their overall findings:

The authors found neither an increase nor a decrease in prostate cancer risk in studies that assessed red meat, white meat, processed meat, or fish intake.

In short, even with access to an impressive quantity of data, uncovering solid links between diet and cancer is still challenging.

With that said, the authors believe that the potential increase in risk relating to dairy is worth investigating further.

“Our review highlighted a cause for concern with high consumption of dairy products. The findings also support a growing body of evidence on the potential benefits of plant based diets.”

Limitations and the future

With any study, there are limitations. Firstly, the authors explain that they were not able to carry out a meta-analysis because the studies were so different from each other that it was not possible to compare them.

Another issue that haunts most observational nutrition studies is dietary recall. When participants have to report what they have consumed in the past days, weeks, or months, they are likely to make errors or, perhaps, even massage the truth.

Similarly, prostate cancer does not occur until later in life, which brings further confusion. It is unclear whether an individual’s current diet influences prostate cancer risk as much as their diet 10, 20, or 30 years earlier.

If nothing else, this review demonstrates the substantial difficulties of studying the effects of the diet on health. In their paper, the authors explain that one of the “biggest obstacles in the field of dietary research is the lack of standardized methods for capturing and reporting diet and lifestyle data.”

Without standardization, it is difficult to compare the results of one study with those of another, as well as to replicate the findings.

Currently, the topic of nutrition and health is popular among both scientists and the public. This subject is of vital importance as obesity and diabetes become increasingly prevalent.

Food clearly plays a role in health, but when questions become specific — such as whether a particular food influences a specific condition — it becomes much more challenging to demonstrate causation. No doubt, more investigations will follow.