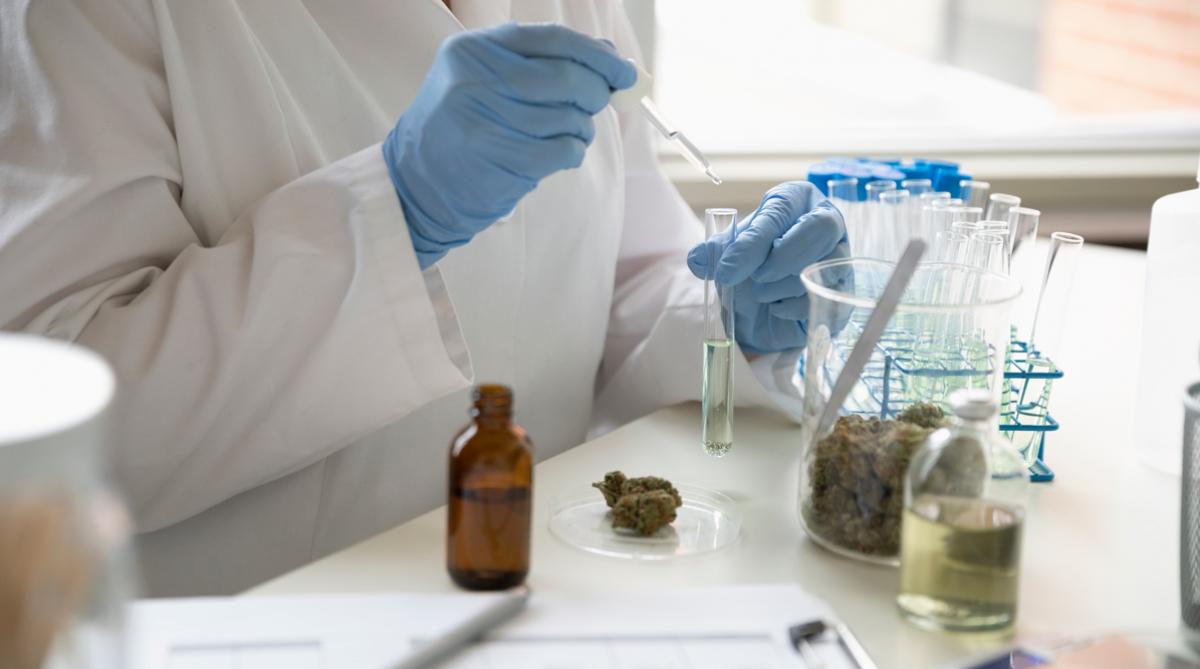 A mother asks her pediatrician if medical marijuana might help reduce her child’s seizures. An elderly hip surgery patient requests a marijuana prescription instead of opioids for pain. And a pregnant woman mentions to her OB-GYN that the clerk at a cannabis dispensary suggested a marijuana edible for her morning sickness.

How should a provider respond to these queries? The frightening answer is that we just don’t know.

In the past decade, the legalization and marketing of marijuana for medical purposes have far outpaced the available science. If providers are going to counsel patients about the safety, efficacy, and appropriate dosing of medical marijuana, we need more and better evidence of the effects of cannabis on health.

Currently, more than 22 million people consume cannabis products without knowing what risks they may be taking or what the true benefits might be. In the 33 states and the District of Columbia where medical cannabis is legal, legislatures are deciding which conditions warrant prescriptions without reliable evidence. Meanwhile, marijuana-related emergency department visits have spiked, and the cannabis market is expected to triple in the next five years. In 2017, a National Academy of Sciences, Engineering, and Medicine report called limited understanding of the health effects of cannabis “a significant public health concern” and pointed to certain regulatory rules as a barrier to necessary research.

In the past decade, the legalization and marketing of marijuana for medical purposes have far outpaced the available science. If providers are going to counsel patients … we need more and better evidence of the effects of cannabis on health.

So much of the current problem stems from tight federal restrictions on cannabis research. Today, researchers can study only a narrow variety of cannabis compounds, one that hardly reflects the wide array of available products. In addition, funding is tiny compared to the multitude of unknowns about cannabis. We desperately need major changes in rules, regulations, and more so we can effectively advise and protect patients.

In the United States, federal law classifies marijuana as a Schedule I controlled substance, a category of drugs deemed highly addictive and of no medicinal value. The Drug Enforcement Administration (DEA) has long asserted that marijuana lacks the evidence to warrant changing that classification. But here’s the ironic twist: The law constrains researchers’ ability to do the science necessary to determine marijuana’s appropriate classification.

What’s more, the Food and Drug Administration (FDA) has approved several  cannabis-related medications, including Epidiolex for seizures and Marinol for such issues as nausea in cancer patients and appetite loss in AIDS patients — yet these obvious medicinal applications have not motivated the DEA to reconsider the classification.

The list of unanswered questions about marijuana is long — and disturbing. What are the effects of cannabis on an unborn child? How does it interact with opioids or other drugs? Which conditions might it alleviate, and which of the hundreds of varietals might work best for which conditions? How much marijuana should patients consume, and how often? Is inhalation, ingestion, or transdermal application the best dosing strategy?

That means patients are left seeking advice from a budtender at a local dispensary based on what that person has gleaned from other customers’ experiences. States also lack rules about educating budtenders to ensure that consumers receive consistent or accurate advice.

Several variables have led to the current situation. For one, scientists sometimes are reluctant to pursue cannabis research because of onerous federal requirements associated with Schedule I substances: registering with the DEA, undergoing background checks, tracking and discarding the drug, and more. Then there can be numerous state requirements as well.

The bureaucratic hurdles aren’t the biggest problem, though. In an attempt to limit the amount of marijuana that could be diverted for illicit use, the DEA forbids research using marijuana from anywhere other than an agency-approved source. Researchers therefore can’t use cannabis from a local dispensary even though the state has approved it and its products. Failure to follow DEA rules come with serious risks. Researchers face potential criminal sanctions and fines, and the institutions they work for could lose millions of dollars in federal research and student-aid funding.

So much of the current problem stems from tight federal restrictions on cannabis research…. We desperately need major changes in rules, regulations, and more so we can effectively advise and protect patients.

Currently, there is only one DEA-approved source for research marijuana: the National Institute on Drug Abuse-contracted program at the University of Mississippi. And while dispensaries sell more than 700 strains of marijuana, the Mississippi facility offers an extremely limited variety — and does so mostly in the form of inhalable buds. Sometimes, researchers can get a license to import products from another country, but those instances are rare.

Meanwhile, 33 growers have been waiting more than three years for DEA review of their applications to grow cannabis for research. The DEA has said it plans to increase the number of such manufacturers. However, this will be delayed by the development of new regulations the DEA says it needs to ensure that the program meets relevant laws and that applications are evaluated under the applicable legal standards.

There are several ways to cut through the current obstacles to marijuana research.

Certainly, reclassification of marijuana from a Schedule I to a Schedule III drug would solve the access problems. Unlike Schedule I and II drugs, substances in this category are available to researchers from several facilities licensed by states or the federal government. Researchers would still be required to register with the DEA and report on purchases, distribution, and destruction of the marijuana used in their studies.

If the DEA remains unwilling to reclassify marijuana, one significant advance would be to quickly approve more growers. In addition, the DEA needs to allow the growers to expand the varieties of marijuana available for research — and those need to be varieties that can be inhaled, ingested, or applied to the skin.

Researchers also need to be able to purchase medical marijuana from dispensaries so they can study the actual products that consumers are buying and using. Currently, we don’t know what’s in the products, including the levels of THC, which causes marijuana’s high, organic compounds called terpenes that may reduce inflammation, and pesticides and heavy metals that can be toxic. To provide this necessary access, the DEA could begin allowing licensed local growers to have their products approved for inclusion in its online purchasing system.

Assuming that all the administrative and access obstacles are addressed, we still won’t be able to close the critical knowledge gap without additional funding. In 2017, for example, out of its $33 billion budget, the National Institutes of Health (NIH) provided only $140 million for cannabis research. This may sound like a lot of money, but it’s less than .0042% of the NIH budget — or approximately $3.50 for each individual in the United States who is currently using marijuana without knowing its potential risks or benefits.

Researchers also need to be able to purchase medical marijuana from dispensaries so they can study the actual products that consumers are buying and using.

Research institutions generally will not turn to the cannabis industry to fund their work. That’s because accepting industry funding could be deemed money laundering or aiding and abetting a criminal activity.

There are, however, ways to solve the industry funding problem. For one, the Department of Justice (DOJ) could issue a memorandum similar to one it issued in 2013 stating that it wouldn’t interfere in states’ implementation of their own marijuana laws. Such a memorandum could indicate that the DOJ would not prosecute institutions or individuals who accept research funding from cannabis companies licensed in accordance with state laws. However, because such memorandums can be easily rescinded when administrations change, an even better approach would be a congressional act prohibiting the DOJ from using any federal resources for such prosecutions.

Of course, the changes I propose would require significant will and support. But I’m certainly not alone in advocating them. In fact, NIH Director Francis S. Collins, MD, PhD, and then-Acting FDA Commissioner Norman E. Sharpless, MD, recently sent a letter in response to an inquiry from a Senate office in which they stated that their agencies support licensing more growers to produce cannabis for research as well as enabling licensed researchers to purchase marijuana products from state-approved dispensaries.

I am not arguing for or against the legalization of marijuana. No matter how someone feels about that issue, it’s clear that we need a much better understanding of the potential risks and benefits of a product that is already so widely used. Health care providers across the country need to be able to look patients in the eye when asked urgent questions and offer evidence-based answers.

Cindy Kiel, JD, is executive associate vice chancellor for research at the University of California, Davis (UC Davis) and is responsible for the establishment of the UC Davis Cannabis and Hemp Research Center, which provides regulatory and policy guidance to faculty conducting research with cannabis. UC Davis is an applicant for a bulk-grower manufacturing license with the DEA.