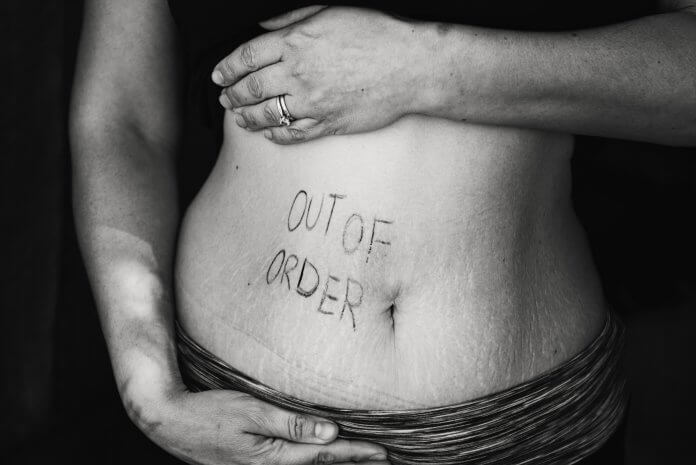 For the estimated 11 percent of American women between1 5 and 44 living with endometriosis, symptoms like severe pain, fatigue, and nausea can profoundly disrupt their lives. Yet endometriosis remains under-diagnosed, with a lack of effective treatments.

That’s why many women are taking symptom relief into their own hands by using cannabis, according to a recent survey published this November in the Journal of Obstetrics and Gynaecology Canada. Other women are turning to cannabidiol (CBD) for pain relief, hoping to address the symptoms without the high.

“Pain relief in endometriosis is an important topic, as it can impact women on so many levels, including work, relationships, academic studies, and of course their mental health,” says study co-author Mike Armour, PhD, a post-doctoral research fellow in women’s health at Western Sydney University’s NICM Health Research Institute, a government-funded group that focuses on integrative and complementary medicine research and policy in Australia.

Why are patients self-managing their symptoms?
Women frequently report that they can’t get endometriosis symptoms under control with recommended medications or surgery; there’s little evidence to show current treatments relieve endometriosis pain. NSAIDS like ibuprofen, for one, don’t appear to be effective, and there’s a strong potential for addiction and abuse with opioid painkillers. Although research suggests hormonal birth control can reduce symptoms, many women stop or avoid using it due to perceived side effects like mood swings and depression.

“Women with endometriosis often report that despite various medications, they have pain that is difficult to deal with,” Dr. Armour tells Florence Health. That’s why it’s not surprising they’re turning to cannabis and CBD, he adds, since limited studies suggest these drugs may (or may not) relieve pain.

The difference between cannabis and CBD
Cannabis is the most popular illicit drug in the United States; there has been a steady rise in use every year since 2007, with 7.7 percent of American adults reporting using it within the past month as of 2017. That may be in part because it’s well on its way to becoming a legal medical therapy. A total of 33 states and the District of Columbia have legalized medical marijuana to date; 11 states and D.C. also permit marijuana for recreational use, with another 16 states having decriminalized the possession of small amounts of the drug.

“Prescribing” CBD and Cannabis
Marijuana remains illegal at the federal level, so the act of prescribing it is still illegal, even in states that have legalized it. Physicians and some APPs can, however, write a recommendation for and discuss the benefits of the plant if the patient suffers from a qualifying condition covered by their local law (usually severe conditions like cancer, HIV/AIDS, glaucoma, or multiple sclerosis).

Because the Drug Enforcement Agency classifies cannabis as a schedule 1 drug — with more restrictions than even fentanyl or methadone — officially, there are “no currently accepted medical use and high potential for addiction.” It requires a rigorous approval process to study, so to-date there’s little peer-reviewed research. That leaves providers hesitant to recommend a drug that’s hasn’t been rigorously studied and whose contents and dosage aren’t regulated by the FDA.

Meanwhile, interest in cannabidiol, or CBD, has skyrocketed in recent years. While CBD is an essential component of marijuana, it doesn’t contain tetrahydrocannabinol (THC) and therefore doesn’t cause a “high.” A full 14 percent of American adults say they use CBD, according to an August 2019 Gallup poll, most often for pain (40 percent), anxiety (20 percent), and insomnia (11 percent).

Only one CBD-derived drug, which treats seizures in children, has been approved by the Food & Drug Administration (FDA). All 50 states have legalized CBD in some form, and retailers have added it to pretty much any product you can imagine — from cheeseburgers to toothpicks to mouth wash.

How can cannabis and CBD affect endometriosis?
Cannabis mimics endocannabinoids, natural molecules that act on the endocannabinoid system (ECS), which maintains homeostasis in the body. ECS receptors, in turn, are found throughout the human body. The ECS participates in a wide variety of processes, including pain, stress, sleep, metabolism, immune function and reproduction.

While research is lacking, Dr. Armour says there’s another reason to believe cannabis could have a particularly powerful effect on endometriosis pain. Both the uterus and ovaries have highly expressed cannabinoid receptors, he explains. Some researchers even think cannabis could slow the growth of endometrial tissue.

“The endocannabinoid system has been found recently to interact with specific mechanisms associated with pain,” explains Dr. Armour. “It also appears to play an important role in cellular proliferation and apoptosis, which may explain why cannabis is being used by women with endometriosis. However, little has been done clinically to investigate this currently.”

What the research says
While there’s little research into cannabis for pain, one recently published paper found it may can effectively reduce pelvic pain and opioid use. In Dr. Armour’s study, on average, respondents rated the effectiveness of cannabis a 7.6 out of 10, with 55 percent reporting they were able to reduce the need for pharmaceuticals by at least half. Women reported the greatest improvements in sleep and nausea/vomiting, with only 10 percent saying they experienced adverse side effects, like anxiety, drowsiness, and rapid heart rate.

CBD, meanwhile, appears to have analgesic, anti-inflammatory, and immunomodulatory properties — but “the jury is out at the moment as to whether it can provide as much potential pain relief in endometriosis as THC does,” says Dr. Armour.

What should you tell patients with endometriosis about using CBD or cannabis?
For now, researchers agree that there’s not enough research to make a conclusion about the benefits or risks of cannabis. People who are at risk of developing addiction or schizophrenia should avoid it altogether, while patients with lung disease should avoid smoking it since it causes airway inflammation, wheezing and chest tightness.

Understanding the risks
For patients interested in using cannabis, “talking with a physician who understands the ECS and has experience in prescribing cannabis is an important first step,” says Dr. Armour. “Like all medications, it still comes with certain risks.”

CBD, on the other hand, may seem less risky to recommend, as it doesn’t have the psychoactive effect of THC and no known risk of abuse or dependence, notes Dr. Armour. But there still are dangers.

Because CBD isn’t regulated by the FDA, it’s impossible to confirm the exact ingredients or concentration in any given supplement. The FDA has found some CBD products contain contaminants like pesticides and heavy metals.

What’s more, CBD can raise levels of certain medications. “[It’s] been shown in preclinical and case studies to change the way certain medications are metabolized. It appears to be of more concern than THC in this particular regard,” notes Dr. Armour. Providers should ask patients taking CBD about any other medications they’re on and closely monitor for adverse side effects, he adds.

Safer alternatives
Dr. Armour also calls out the other, nonpharmacological treatments that can address endometriosis symptoms. Some women find relief from heat packs, hot baths, and hot water bottles. Research suggests that acupuncture twice a week for several months may reduce pelvic pain, although it’s unclear whether the effect lasts after patients complete treatment. And a low-FODMAP diet may help improve any IBS-like symptoms. Just remind patients that this eating plan is for short periods of time.

Cannabis Use, a Self-Management Strategy Among Australian Women With Endometriosis: Results From a National Online Survey, Journal of Obstetrics and Gynaecology Canada.

The Health Effects of Cannabis and Cannabinoids: The Current State of Evidence and Recommendations for Research, National Center for Biotechnology Information.

Cannabidiol (CBD) — what we know and what we don’t, Harvard Medical School.

Effects of acupuncture for the treatment of endometriosis-related pain: A systematic review and meta-analysis, PLoS ONE.

What Is the Low FODMAP Diet?, Academy of Nutrition and Dietetics.