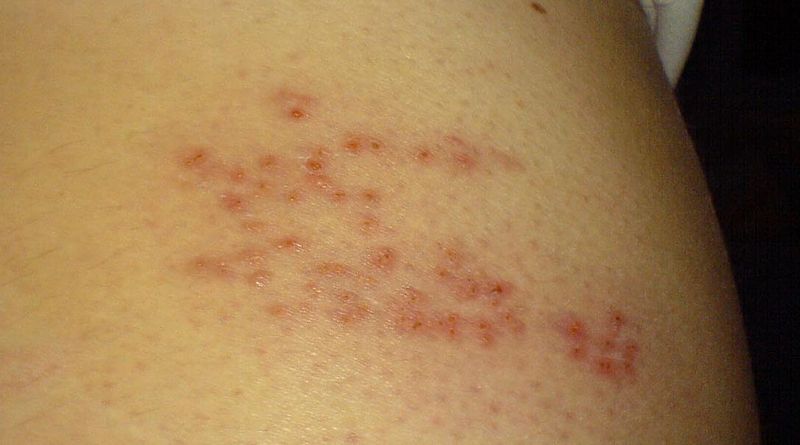 This story was originally published on Dec. 14, 2018. As part of MedPage Today’s review of the past year’s top stories, we are republishing it along with an update on herpes zoster research appearing in 2019.

Patients with certain types of cancer had a higher risk of developing shingles compared to patients without cancer, analysis of population-level data from Australia indicated.

Those with hematological and solid-tumor cancers had an increased risk of herpes zoster events compared with patients without cancer (adjusted HR 1.43, 95% CI 1.34-1.53), reported Jiahui Qian, MD, of the University of New South Wales in Australia, and colleagues.

Risk of zoster was highest for patients with hematological cancer, and in some cases, seemed to vary based on receipt of chemotherapy, the authors wrote in the Journal of Infectious Diseases.

The latter finding is important because, while prior research had found associations between zoster risks and cancer, it wasn’t clear whether the risk arises from the cancer itself or from treatments for it.

Current clinical guidelines recommend antivirals for certain types of cancer patients receiving certain types of chemotherapy, but the authors noted the implications for the non-live subunit zoster vaccine in these patients. They added that it has “been shown to be safe and immunogenic in immunocompromised patients,” and could “better inform strategies for targeted prevention” of zoster, they wrote.

An accompanying editorial by Kosuke Kawai, ScD, of Boston Children’s Hospital, and Barbara P. Yawn, MD, of the University of Minnesota in Minneapolis noted that the live attenuated zoster vaccine is currently contraindicated in immunocompromised patients, but said that the study’s findings have “important implications” in light of recent vaccine approvals, such as the subunit adjuvanted vaccine.

“Because it contains only a single viral protein and cannot replicate, HZ/su vaccine is likely to be safe for even severely immunocompromised individuals,” Kawai and Yawn wrote. “The currently licensed subunit vaccine and the inactivated vaccine in development appear to offer great promise in preventing HZ and its complications in patients with cancer.”

Qian and colleagues examined data from The Sax Institute’s 45 and Up Study, a prospective cohort study of Australians ages ≥45, from January 2006 to December 2009. Participants were defined as having an episode of zoster if they had a specific antiviral medication for treatment of zoster or a hospitalization code with zoster in either the principal or secondary diagnosis. Patients were defined as having cancer if they had a hospitalization record with the code for cancer in the principal diagnosis field, and this included all cancers except skin cancer. Cancer treatments were separated into chemotherapy and radiotherapy, but the effect of surgical treatment was not examined, the authors said.

Among patients with a solid organ cancer, 23.4% received chemotherapy, 28.3% received radiotherapy, 11.2% received both, and 59.5% had records for receipt of neither.

In addition, risks of zoster events were highest in the first year following diagnosis for both types of cancers, and decreased soon thereafter, the authors noted. However, there was also an increased risk of zoster among those with hematological cancer.

Limitations to the data include that information on later stage of cancer was not available, as well as potential misclassification of patients — where those classified as having no record of chemotherapy or radiotherapy actually received treatment.

This study was supported by grants from the Australian government.

Other co-authors disclosed support from CSL Limited, GSK, Sanofi-Pasteur, and the Australian government.

Kawai disclosed no conflicts of interest.