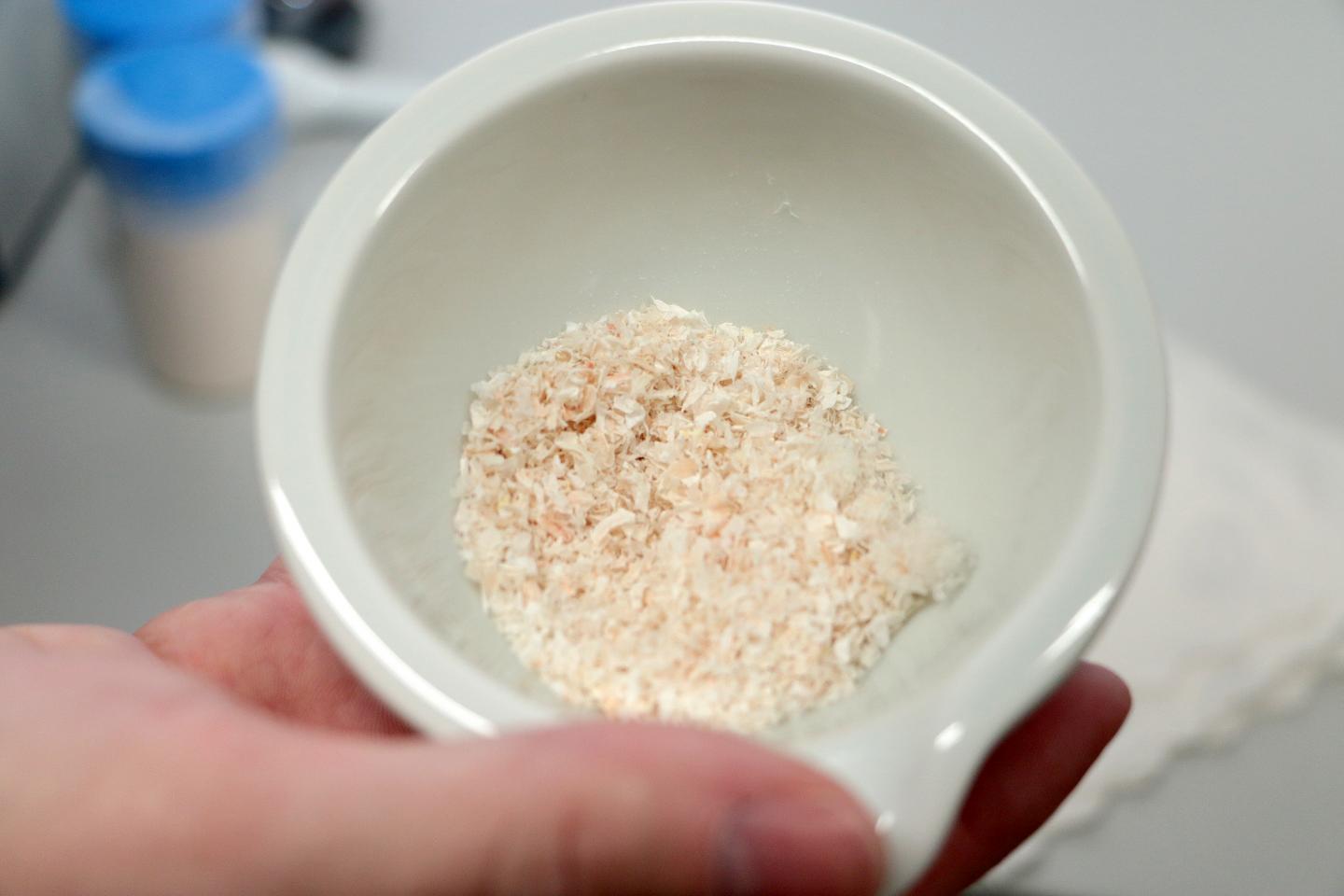 Rando Tuvikene, Associate Professor of Chemistry from Tallinn University School of Natural Sciences and Health spent three years with partners from Norway, Romania and Greece studying how the industrial residue of crustaceans could be used better and more effectively. For example, in medicine, for boosting the treatment of burns.

In one year, 6-8 million tonnes of shrimp and crab shells are produced as waste in the world, which take a long time to decompose in nature. Currently, there is no good use for them, which is why the shells must be recycled. It is possible to extract chitin from the shells of crustaceans, but it has little use because it is water-insoluble. However, as a result of chemical treatment, it is possible to produce chitosan from chitin, which is water-soluble and mostly has antibacterial properties.

The leading partner of project CHITOWOUND, Norwegian University of Science and Technology (NTNU), has historically studied several marine biomasses, including chitosan. Crustacea have not been studied in depth at TLU before; however, we have worked on identifying the chemical composition of marine algae. Milled chitosan looks like flour or gelatine powder. It is possible to bind chemically active components with chitosan which improve the biological activity and physical properties of chitosan.

The aim of TLU research track Associate Professor Rando Tuvikene and other researchers was to study how to improve the properties of chitosan so it could be used, for example, as a bandage for wounds in the future.

“Ideally, a gel-like pad could be formed by mixing different substances, which could be placed directly on the wound,” Tuvikene explains. The preparation developed from chitosan could be very useful in treating burns, where infections occur more easily and healing takes a long time. It is known, for instance, that chitosan was used in treating the wounded from the Iraq and Afghanistan wars.

Tallinn University has a couple of decades of experience in studying algae and for research track Associate Professor Rando Tuvikene, this is everyday work. He tested how to combine chitosan with the gelling agents from algae. “The aim was to see how to improve the texture and how to obtain a gelling agent or a bandage by adding something new, which could then be moulded,” Tuvikene says.

Within the project, in addition to the antibacterial properties of chitosan, the researchers also studied the anti-inflammatory properties and properties that promote the general healing of wounds. For this purpose, they used cells grown in labs, to which artificial wounds were made. They then observed how cells treated with different chitosan preparations healed over time.

“Chitosan has the ability to quicken this process,” Rando Tuvikene confirms. “Especially if a bacterial infection occurs and the wound takes longer to heal.” Tuvikene admits that during the project, there were many setbacks when mixing together different substances – some residue settled or there were clumps in the mixture. “We wanted a homogenous texture, without clumps,” Tuvikene says. “At last, we obtained a material with improved properties, but it is far from perfect.”

A product has not been launched during the project because bringing a new medicinal product to the market is a lengthy process. It requires years of testing. But of course, there is always hope that the hard work will yield a product that will actually reach the market. However, Tuvikene admits that their main aim was not to produce anything, but to show that the texture and biological activity of chitosan can be improved in several ways.

This was successful and this knowledge can be used efficiently in future. If the researchers could come up with a way to efficiently and sustainably use the industrial residue of crustaceans, and demand would increase to the extent where all shells would be used, it would be a great accomplishment and a huge benefit for the environment, Rando Tuvikene says.

Project CHITOWOUND “Biotechnological tools implementation for new wound healing applications of byproducts from the crustacean seafood processing industry” is international. It involved Tallinn University, the Norwegian University of Science and Technology (leading partner), SINTEF, The West University of Timi?oara in Romania, the University of Crete and the FORTH Institute of Molecular Biology and Biotechnology. Additionally, industrial partners Seagarden and AlgiPharma from Norway were involved. TLU’s participation in the project was financed by the Ministry of Rural Affairs.