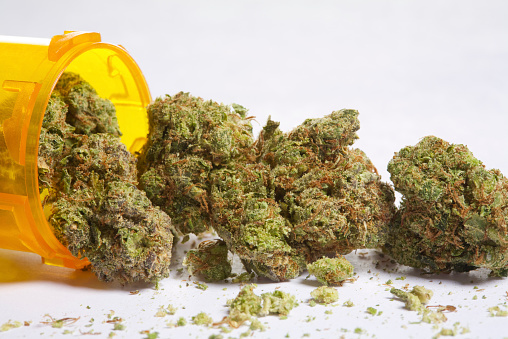 Medical cannabis patients experience an increase in various measures of life quality, according to a recent cross-sectional study published in the Cannabis and Cannabinoids Research journal. The study assessed web-based survey responses from over 1200 participants in the USA between April 2016 and February 2018.

Although many US states now have a legal medical cannabis sector, few studies have assessed the perceived and actual benefits of medical cannabis use. Researchers surveyed patients registered with the Realm for Caring Foundation – a nonprofit organization dedicated to cannabis research and education. Patients assessed in this study suffered from a variety of health conditions.

Following an initial survey, participants were invited to complete a follow-up survey every three months for the duration of the study. These surveys assessed a number of factors that contribute to patients’ quality of life (QOL). Results demonstrated that respondents experienced improved sleep, less pain, and reduced anxiety.

The study showed that on average, patients medicating with medical cannabis experienced a 9% decrease in pain scores. In addition, a 12% reduction in anxiety scores was also recorded, leading to an increase of around 8% in QOL scores.

Another recent study of New Zealand patients also concluded that CBD-based products may help to improve the quality of life of patients suffering from a variety of health conditions.

Medical Cannabis and Other Prescription Medications

Medical cannabis products have gained a lot of attention for their potential to replace a number of prescription pain medications. The possibility that these medications could replace opioid-based medicines for some patients is of particular interest. Opioid medications are known to be extremely addictive and carry a significant risk of overdose.

“It wasn’t surprising to me that people claim to feel better when using medical cannabis, but it was unexpected to see that these people utilised less health care resources.”

One of the most interesting findings of this study relates to the use of healthcare resources. According to researchers, medical cannabis patients were less likely to have visited an emergency room or have been admitted to hospital, when compared to non-medical cannabis users.

The researchers involved in the study acknowledge that the data represents an interesting insight into the potential of medical cannabis. However, it is also considered that there may be some bias due to the pre-existing beliefs of participants. Those involved stress the need for further research in the area, in order to distinguish what conditions may actually be benefitted by the use of cannabis-based medicines.