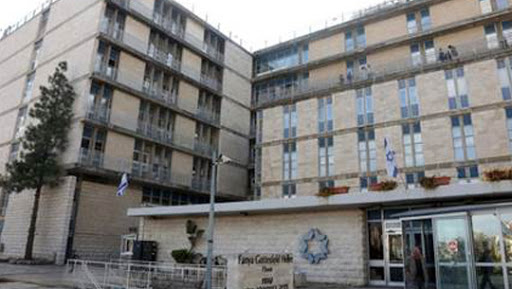 Mr. Yehuda Tzur is 50 years old and during the past 20 years, he exercised regularly and maintained a healthy lifestyle. Yehuda is an independent lawyer who volunteers as a MDA emergency medic and ambulance driver. During his years of volunteering, he resuscitated several people who experienced cardiac arrest. Some of those people made it and some, unfortunately, did not.

About two years ago when he began feeling chest pain, he decided to ignore it. Despite all of the stories he had heard from past patients and all that he had learned in his years of training he continued to ignore the pains.
One day, while he was working out in the gym, Yehuda felt a pain in his chest again and the pains became stronger. He did not even consider going to the emergency room. He shared, “I just stopped exercising and went home. I went to the shower and on the way, I lost consciousness. Luckily, my wife was home and called MDA. They arrived and after I regained consciousness they told me I was having a heart attack. From there the journey began.”
Yehuda was rushed to Shaare Zedek Medical Center where doctors found significant blockage in his heart artery. He underwent an urgent cardiac catheterization performed by Dr. Zahi Khoury, a Senior Cardiologist and Dr. Michael Ilan, Director of our Pace Maker Unit, and was hospitalized for four days in our Cardiac Intensive Care Unit.
Yehuda collapsed again. This time, he had a blood clot that went from his heart directly to his brain and risked his life once again. Dr. Yaaqov Amsalem, Director of our Lee and Anne Samson Interventional Neuroradiology Unit, performed a brain catheterization. Yehuda was fortunate, after two weeks of hospitalization, he was able to function fully, without any physical or mental disorders and he was released from the hospital.
Yehuda shared, “At that point, I realized I needed cardiac rehabilitation and I registered to the Heart Rehabilitation Institute. The medical team developed for me full plan including an integrated diet, medications and a complete training program designed for me. I got my health back. I started running once again and even ran the 10k in the Jerusalem Marathon.
I try to relate to my exercise routine as being as important as my medications. One of the nurses at the Heart Institute told us one day, ‘Exercise is like medication. Just like you don’t skip taking a dose of the medication, you don’t miss an exercise session. I feel that G-d loves me and brought me back to a healthy life.” 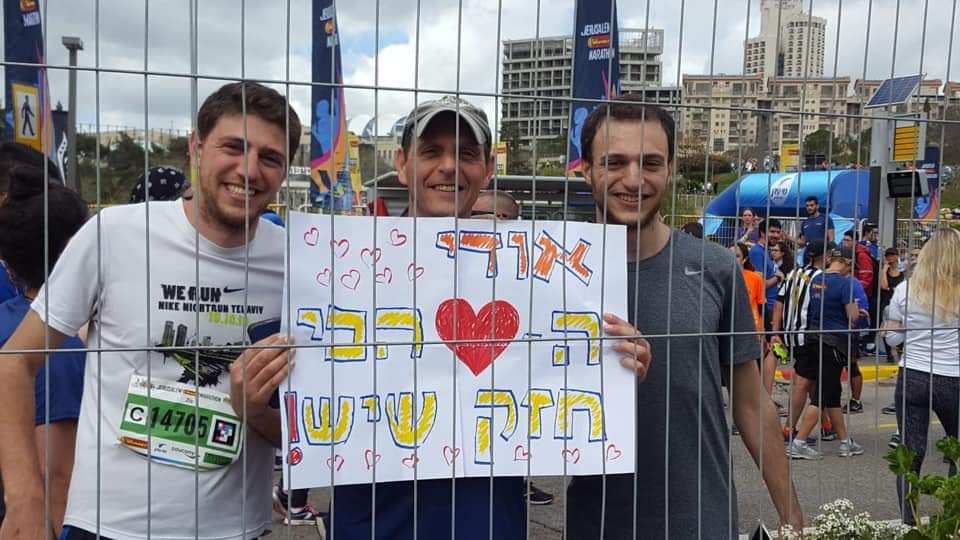 In the photo: Yehuda (Udi) went back to running with his two sons.