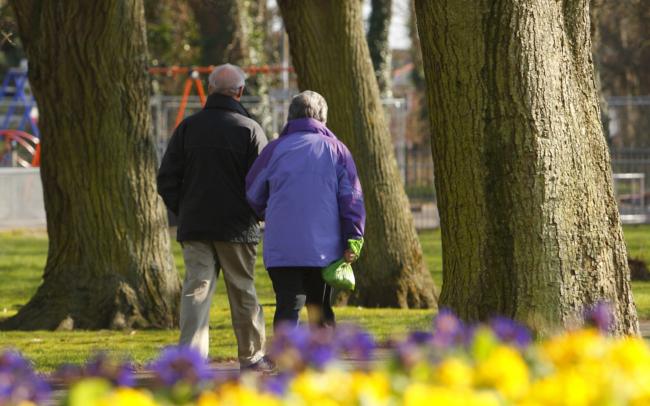 MENTION Parkinson’s Disease and many people will have had some form of interaction with the condition, from reading an awareness leaflet, though to personal experience of the disease itself.

Dystonia is the third most common movement disorder behind Parkinson’s Disease (PD) and essential tremor, affecting 100,000 individuals in the UK. Yet awareness of this condition is nowhere near that of PD.

Dystonia is due to a disorder of the basal ganglia, the area of the brain involved in organising coordinated muscle contractions, which produce controlled, meaningful movements. Instead these are replaced by disjointed muscle contractions, in either a few or several muscles, resulting in disorganised and often painful postures and spasms. These are known as “dystonic” movements.

Common examples include abnormal writhing movements of the neck, medically referred to as torticollis, as well as blepharospasms, which affect the eyelids and result in rapid blinking to an extent that vision may be disrupted. Laryngeal dystonia affects the vocal cords causing disturbed speech, which can be difficult to understand.

There are many different ways in which dystonia can present itself. In some, symptoms may only affect a single area such as a limb, being brought on by a particular repetitive activity, for example writing, whereas others will experience symptoms involving two or more adjacent body parts (segmental dystonia), or two or more unrelated body parts (multifocal dystonia).

Dystonia involving the arm and leg on one side is called hemidystonia and that affecting most or all of the body is generalised dystonia.

It is a disease which affects both sexes and all age groups. The younger the age of onset, the more severe the disease tends to be.

Dystonias may be inherited, occur after an event, or be part of another condition. However in many cases a cause is not found. More than one genetic abnormalities have been identified. Those affected typically develop the condition in childhood, with rapid progression to significant disability. Dystonia may develop after a brain injury including head injury, stroke or carbon monoxide poisoning, or in response to certain medications. If these drugs are withdrawn quickly, symptoms should hopefully improve.

Dystonias are part of Parkinson’s Disease itself. Early-on, symptoms may be triggered by exhaustion and stress, and hence incorrectly ascribed as being a psychological illness. It is vitally important that this mistake is not made. The stress of living with a chronic disability can also trigger anxiety and depression.

Assessment and diagnosis are made by a neurologist with a special interest in dystonia. A careful history including family history of any movement disorders, and full neurological examination will be the first steps, followed by blood and urine tests, and a brain scan.

There is no cure for dystonia at the present time. Treatment involves a multidisciplinary approach, including speech and language therapy (SALT) for laryngeal dystonia, ophthalmologists for blepharospasms, and occupational therapists to assist with daily activities.

Botulinum toxin, colloquially known as “botox”, is the most effective treatment for focal dystonias. Injected into affected muscles, it blocks the release of the chemical acetylcholine, which causes muscle contractions. A response can be seen within a few days, and may last several months.

Several medications, including those which alter the effects of the neurotransmitters acetylcholine, dopamine and GABA (gamma aminobutyric acid) have been employed in the treatment of dystonia. Taken in tablet form, their benefits are sometimes limited by side effects at higher dose including constipation, drowsiness and sedation.

Surgery for all movement disorders, though reserved for the most severe cases, is an advancing field. Therapies include severing nerves to individual muscles or groups of muscles. This is most useful in cervical dystonia. Deep Brain Stimulation (DBS) has received much press coverage since its inception, particularly for the shock value of it often being performed with an awake patient.

It involves placement of two insulated electrodes into the brain, with a tunnelled wire connected to a pacemaker type device either in the chest or abdomen. Targeted electric pulses block the abnormal signals causing dystonic movements.