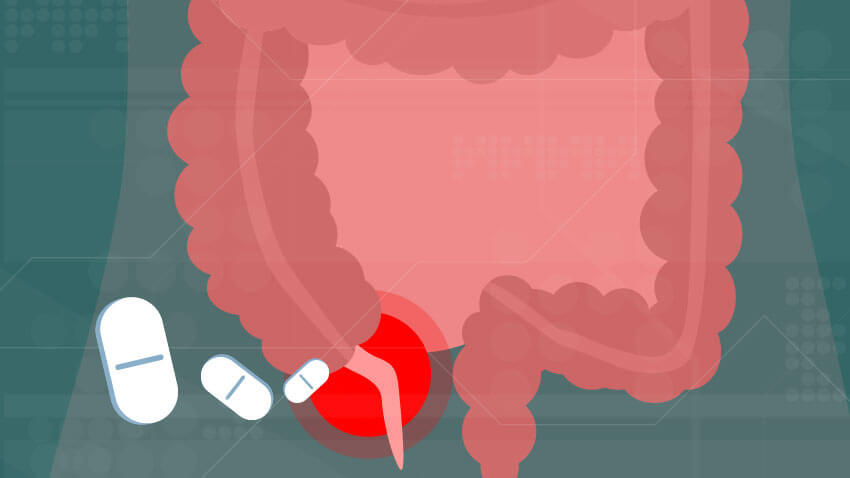 The most common reason children end up in the emergency department for abdominal surgery starts with a bad stomachache and ends with having part of their gastrointestinal tract removed.

The culprit: appendicitis. More than 70,000 children a year head to the operating room to remove an inflamed or infected appendix – but surgery may not be the only solution, new research suggests.

For some children, antibiotics alone may be enough to manage appendicitis, according to a multi-site study from the Midwest Pediatric Surgery Consortium that includes 10 hospitals.

“We pooled our data to answer the question of whether antibiotics could work for appendicitis in kids. We wanted to know if this was appropriate option to offer families,” says co-author Samir Gadepalli, M.D., pediatric surgeon at Michigan Medicine C.S. Mott Children’s Hospital.

“For decades, appendectomy has been the mainstay for treating appendicitis. But we found that both treatments – surgery and the non-operative alternative of using antibiotics – had good outcomes. A year later, families were happy with their decision.”

“We pooled our data to answer the question of whether antibiotics could work for appendicitis in kids. We wanted to know if this was appropriate option to offer families.”
Samir Gadepalli, M.D.

The four-year study, which was led by Nationwide Children’s Hospital and published in JAMA, involved 1,068 children aged 7-17 with appendicitis that did not involve complications, such as bleeding, wound infection, bowel obstruction or abdominal or pelvic abscess or perforation.

The study was done at the 10 centers that are part of the Midwest Pediatric Surgery Consortium, formed in 2014, to allow hospitals to share data, to collaborate on research studies, and, to provide peer mentorship.

Comparing surgery outcomes to a non-operative alternative for appendicitis

After being educated about the risks and benefits of each treatment option, about one third of patients in the study chose non-operative management of appendicitis over surgery.

On average, young patients who received continuous antibiotics at the hospital were able to return to normal activities four days sooner than those who underwent surgery – from 6.6 disability days, compared to the 10.9 days in the surgery group.

After one year, 67% of those who opted to initially manage their care through antibiotics experienced no harmful side effects and did not later require an appendectomy. Non-operative management was also associated with caregivers needing fewer days off from work.

Both groups reported similar health care satisfaction at 30 days and quality of life at one year.

“As medical providers we always follow the data and the data says that surgery for appendicitis has a 100% success rate. It is a proven, well-trusted procedure,” Gadepalli says.

“But there are additional factors that are important to patients that we don’t always account for when making medical decisions. For some families, the non-operative route may be preferred because it means no scars and that children will return to school, be able to carry textbooks, take a class trip, attend band camp or get back to the soccer field earlier.”

“For parents, this route also helps them go back to work sooner. We need to counsel families on both options and let them choose what’s best for them.”

He notes that surgery itself comes with risks, including the 1-2% chance of a major complication and 5-10% chance of a minor complication from general anesthesia.  Surgery also requires incisional wounds that take time to heal and patients experience postoperative pain.

Today, most hospitals will follow standard care of treating appendicitis surgically by removing the appendix, which is the finger-shaped pouch in the lower right abdomen.

The study followed patients for a year but further research may be needed to determine how outcomes between the two groups compare for longer periods, if there are risks of future issues related to the appendix and the impact of the prolonged time on antibiotics.

Hospitals would also need to disseminate findings so that more patients could be informed of the two options and the risks and benefits of each.

“The Midwest Pediatric Surgery Consortium developed a treatment protocol for the study that could be directly translated into pediatric clinical practice to maximize the benefits for a family,” Gadepalli says.

“The non-operative route isn’t for everyone and providers should talk to families about what may and may not best for their situation,” he adds. “While it’s not the established standard of care, it’s important to have a discussion about alternative options to surgery.”

This study was funded by award CER-1507-31325 from PCORI, an independent, non-profit organization authorized by the U.S Congress. The project is also supported by a grant from the National Center for Advancing Translational Sciences.