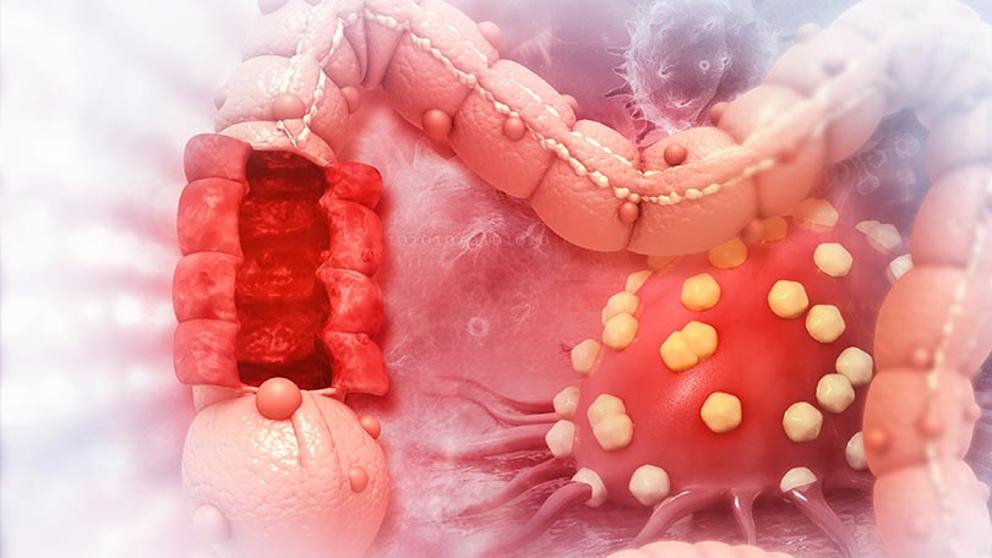 Colorectal cancer is the third most common cause of cancer deaths in the United States and advanced colorectal polyps are a major risk factor. These high-risk patients have a three-fold higher risk of developing colorectal cancer and therefor a three-year follow up interval of colonoscopy is generally recommended. Many clinicians rely on self-reports from their high-risk patients about their need and proper interval for repeat surveillance colonoscopy.

In a study published in the Journal of Gastroenterology and Digestive Systems, researchers from Florida Atlantic University’s Schmidt College of Medicine analyzed data over a period of four years from 2013 to 2017 to explore the knowledge of these high-risk patients. They analyzed data from structured interviews on 84 subjects between ages 40 to 91 years old with biopsy proven advanced colorectal polyps.

“Our data demonstrate a lack of knowledge of patients with biopsy proven advanced colorectal polyps about their need for repeat colonoscopy as well as the proper surveillance interval,” said Lawrence Fiedler, M.D., co-author, a gastroenterologist and an affiliate associate professor in FAU’s Schmidt College of Medicine. “For patients with biopsy proven advanced colorectal polyps, the interval for colonoscopy is about three years. Our data raise a challenge for us to rely on more objective data than self-reports. Clinicians should have the ability and willingness to share their objective findings with all clinical colleagues involved in the care of the patient. These efforts should also include younger patients such as Chadwick Boseman who recently died of colon cancer at age 43.”

“Data from our study pose clinical and public health challenges to reduce the rates of recurrences of colorectal polyps as well as subsequent risks of colorectal cancer in these high-risk patients,” said Charles H. Hennekens, M.D., Dr.P.H., senior author, first Sir Richard Doll Professor and senior academic advisor in FAU’s Schmidt College of Medicine. “More than 90 percent of patients diagnosed with colorectal cancer are 50 years or older. The major risk factors for colorectal cancer are similar to those for heart attacks and stroke and include overweight and obesity, type 2 diabetes, as well as physical inactivity.”

The researchers say that if such strategies were adopted for all patients it would have major clinical and public health implications. Specifically, it also would avoid the overutilization of colonoscopies for lower risk patients and increase both the benefit-to-risk and benefit-to-cost ratio from a public health perspective.

According to the U.S. Centers for Disease Control and Prevention, additional risk factors include inflammatory bowel disease such as Crohn’s disease or ulcerative colitis; a personal or family history of colorectal cancer or colorectal polyps; and a genetic syndrome such as familial adenomatous polyposis or hereditary non-polyposis colorectal cancer (Lynch syndrome).

About the Charles E. Schmidt College of Medicine:

FAU’s Charles E. Schmidt College of Medicine is one of approximately 155 accredited medical schools in the U.S. The college was launched in 2010, when the Florida Board of Governors made a landmark decision authorizing FAU to award the M.D. degree. After receiving approval from the Florida legislature and the governor, it became the 134th allopathic medical school in North America. With more than 70 full and part-time faculty and more than 1,300 affiliate faculty, the college matriculates 64 medical students each year and has been nationally recognized for its innovative curriculum. To further FAU’s commitment to increase much needed medical residency positions in Palm Beach County and to ensure that the region will continue to have an adequate and well-trained physician workforce, the FAU Charles E. Schmidt College of Medicine Consortium for Graduate Medical Education (GME) was formed in fall 2011 with five leading hospitals in Palm Beach County. The Consortium currently has five Accreditation Council for Graduate Medical Education (ACGME) accredited residencies including internal medicine, surgery, emergency medicine, psychiatry, and neurology.

Florida Atlantic University, established in 1961, officially opened its doors in 1964 as the fifth public university in Florida. Today, the University, with an annual economic impact of $6.3 billion, serves more than 30,000 undergraduate and graduate students at sites throughout its six-county service region in southeast Florida. FAU’s world-class teaching and research faculty serves students through 10 colleges: the Dorothy F. Schmidt College of Arts and Letters, the College of Business, the College for Design and Social Inquiry, the College of Education, the College of Engineering and Computer Science, the Graduate College, the Harriet L. Wilkes Honors College, the Charles E. Schmidt College of Medicine, the Christine E. Lynn College of Nursing and the Charles E. Schmidt College of Science. FAU is ranked as a High Research Activity institution by the Carnegie Foundation for the Advancement of Teaching. The University is placing special focus on the rapid development of three signature themes – marine and coastal issues, biotechnology and contemporary societal challenges – which provide opportunities for faculty and students to build upon FAU’s existing strengths in research and scholarship. For more information, visit http://www.fau.edu.