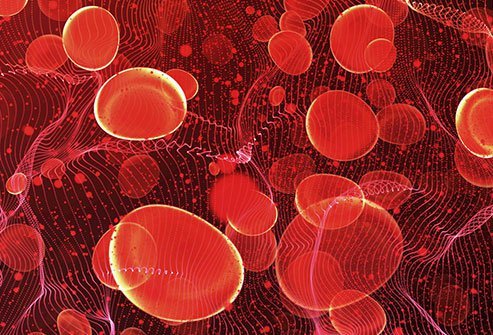 Iron deficiency progresses towards the anemic state in the following three stages. The speed of progress depends on the individual’s baseline iron stores as well as the degree, duration, and speed of iron or blood loss.

Normal body iron content (typical amounts of iron in the body) are as follows:

Storage iron is found mostly in the monocyte-macrophage system in the liver, spleen, and bone marrow as transferrin and hemosiderin. The RBCs form the labile iron pool.

Iron deficiency occurs in several stages. These are defined by the extent of depletion; the first stage is depletion of iron stores and in the later stage, iron is available just in labile forms. Eventually, if the negative iron balance continues, anemia occurs.

Progressive iron depletion: In the first stage, iron stores are used up to compensate for the decreasing hemoglobin, without causing anemia. After these stores are used up, there is still enough iron present in the body within the “labile” iron pool from the daily turnover of red blood cells for normal red blood cell formation. Such a person is at increased anemia risk if the iron losses continue and the iron intake remains poor. Some individuals may experience fatigue or show decreased exercise tolerance at this stage.

Further loss of iron: Results in anemia (low hemoglobin) but the red cells have a normal shape and contain a decent amount of iron. In the United States, it has been estimated that 20-65% of menstruating women, who have minimal or absent iron reserves, maybe in this stage.

The common laboratory findings at this stage include:

Anemia onset: More severe iron deficiency results in the classical findings of anemia with red blood cells that are low in iron content and are smaller in size.

The body tries to combat iron deficiency by a number of compensatory changes, including increased production of erythropoietin and reduced production of a protein called hepcidin.

What does iron deficiency mean?

Iron is an important substance that our body needs in minute amounts. Daily ingestion of iron is needed for the health of red blood cells and muscle proteins, as well as the functioning of body cells. The normal body iron content in an adult is approximately 3-4 grams. The majority of iron is present in circulating red blood cells (RBCs) with additional iron in myoglobin and certain enzymes, as well as iron in storage and transport forms.

Iron deficiency is the condition in which there is less iron available for use than needed. The most profound problem of iron deficiency is anemia causing increased fatigue, which can lead to breathlessness or heart failure.

How will I know if I have an iron deficiency?

If you have iron deficiency, you may have

How will your doctor diagnose iron deficiency?

Your doctor may suggest and order several different blood tests to decide if your anemia is the result of an iron deficiency or other nutrients deficiency, such as folate or Vitamin B12.