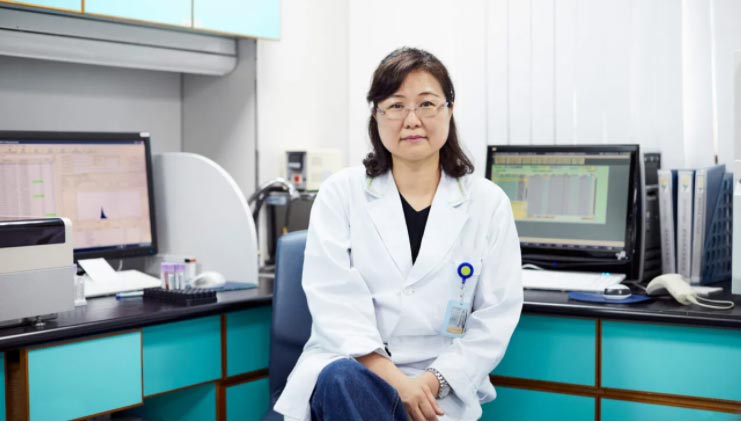 Overall, 2020 has been a tumultuous year. From a health perspective, it’s been one turned upside down with a deadly global pandemic reorienting how we live our lives and relate to others.

The COVID-19 pandemic has justifiably dominated headlines and attention from media, policymakers, and health officials alike.

While it’s clearly the defining public health, cultural, economic — even political — event of the year, the pandemic shouldn’t obscure the fact that 2020 was also a time of great medical innovation.

From breakthroughs in oncology, gene therapies, and heart health, to the development of COVID-19 vaccines that are now being administered domestically and around the world, there’s a lot that the medical community can be proud of in 2020.

Healthline touched base with leading experts about some of the most impactful medical advances of the year and how they hint at a more hopeful tomorrow.

1. The year of the genetic code

Almost every expert Healthline interviewed agreed that gene editing was one of the big stories of the year.

In October, Emmanuelle Charpentier and Jennifer A. Doudna were awarded the Nobel Prize in Chemistry for discovering the CRISPR/Cas9 genetic scissors. (Just five other women have won this prize before).

This gene “scissor” tool is what it sounds like — enzymes “snip out pieces of DNA to restore them to their normal function,” Dr. William Morris, executive medical director of Cleveland Clinic Innovations, told Healthline.

Charpentier and Doudna showed that these genetic tools could be controlled to cut any kind of DNA molecule at a designated location — not just distinguish DNA from viruses, as these scissors exist in their natural form.

Essentially, it means we can “rewrite the code of life,” according to the Nobel Prize’s official announcement.

Morris said that this innovation has wide-ranging ramifications for people who have a wide range of genetic conditions.

He cited sickle cell disease, a condition where malformed sickle-shaped red blood cells cause blockages in blood flow, preventing the protein hemoglobin from effectively ferrying needed oxygen through the body.

Morris said these microscopic tools can cut out these genetic errors.

There have only been a handful of drugs to treat these kinds of conditions in the past.

Now, this kind of development allows you to “remove the error and replace the [genetic] code, kind of like in your computer or your iPhone if you downloaded a patch for new software to repair an app that always crashes — that’s what this is,” Morris explained.

“It’s so earth-shatteringly amazing to tell these patients who otherwise faced an entire lifetime of pain and suffering. You can now use the word ‘cure,’ which is unbelievable to think about,” he said.

Olivier Elemento, PhD, director of the Englander Institute for Precision Medicine at Weill Cornell Medicine in New York City, told Healthline that “2020 is the year of the genetic code.”

“We’re really able to use the genetic code in humans and viruses to help humanity in ways we were not equipped to before, in ways we couldn’t do before,” Elemento said.

He added that gene therapy in general, along with this CRISPR technology, “is pretty extraordinary.”

This more comprehensive understanding of genetics extends beyond the Nobel Prize.

For instance, Elemento said Weill Cornell Medicine, where he currently works, along with New York-Presbyterian Hospital and Illumina Inc. “recently announced an initiative to sequence the genome of thousands of patients.”

The more we understand about genetics and gene therapies, the more improved our precision medicine capacity will be — opening up the possibilities of creating targeted therapies for all kinds of conditions.

Recently, the American Heart Association released its own list of innovations in medical treatments.

The spotlight includes a new phase 3 studyTrusted Source that could change the way hypertrophic cardiomyopathy (when the heart muscle thickens and can stiffen) is treated.

It also highlights new treatments that might change up the first-line treatment for atrial fibrillation (AFib) — a new minimally invasive surgery to prevent stroke and a new trial that reveals more treatment might not necessarily mean better treatment for coronary heart disease.

American Heart Association President Dr. Mitchell S.V. Elkind, MS, FAAN, FAHA, wrote in an email to Healthline that all of these advances over the past year reflect “connections between seemingly disparate areas of medicine and the fact that we are most successful when we break down the barriers between fields.”

In order to tackle an issue as wide ranging as heart disease, for instance, it takes an interdisciplinary, comprehensive approach.

“For example, we learned more this year about the unexpected ways in which medicines designed to treat diabetes, the sodium glucose transporter 2 inhibitors, or SGLT2 inhibitors, help patients with heart failure, even those without diabetes,” he added.

Elkind also cited our growing understanding of how connections between infectious diseases like the flu and COVID-19 are tied to greater risk for heart disease and stroke.

“Often, the most important advances occur when experts from different areas work together in creative ways to solve a difficult problem,” he wrote.

When asked if there was one particular heart health innovation that stood out the most to him, Elkind said that what resonated with him was something not tied to “fancy medications or groundbreaking research.”

“An analysis of people from across the U.S. showed that rates of blood pressure control have begun to decline in the U.S., after almost two decades of better control. High blood pressure is one of the most important and easily treated risk factors for stroke and heart disease, and so this backsliding is especially alarming,” he added.

He stressed that the studyTrusted Source also pointed to the impact that having health insurance has on controlling one’s blood pressure.

“Those with some form of health insurance had blood pressure control rates of 43–54 percent, while for those without insurance, it was only 24 percent,” Elkind explained.

“Improving access to quality care is one of the best ways we have to improve health, and that is where we at the American Heart Association will be placing our efforts in the coming years,” he said.

He said technologies are in development for early detection of cancer by way of blood tests.

“It’s been known for quite some time that tumors release DNA into the blood stream, we have technology developing from the standpoint of monitoring tumors, conducting sensitive tests for tumors, for tests for recurrence of cancers and protein-based tests,” Neel told Healthline, outlining current research.

He also cited technology that modulates the regulatory DNA sequence patterns — which refers to the part of the DNA molecule that can change the way a gene expresses itself in a living thing — to pinpoint when methylation patterns might point to the development of cancer.

Among other research highlights over the past year, Neel said researchers have been developing new ways of “drugging” genetic mutations.

He mentioned work being done in developing a compound to degrade the androgen receptor for prostate cancer cells — what allows these cancer cells to grow.

One of the biggest changes this year came in the form of how our “new normal” work-from-home lifestyle has impacted medicine.

As more and more people stay away from offices and public spaces, they’re turning to telemedicine. The Zoom screen is the new doctor’s office.

Morris said that, while this isn’t a medical discovery per se, it’s a crucial — in some ways life-saving — development for how we relate to healthcare in our lives.

“Out of this whole pandemic, one of the things we’ve discovered as clinicians is that we need to see patients where they are and not force them to cross state lines,” Morris said. “While we had telemedicine, we had some patients over Skype and video visits, there were clear disincentives and policies in place against people easily crossing state lines to seek medical care, of receiving care remotely.”

He said the pandemic facilitated a push at the government level and with state and federal regulators to “reduce barriers to these tools that are critical lifelines for patients.”

Even when healthcare professionals couldn’t always see patients in person this year, the embrace of telemedicine has resulted in “unprecedented increases in the adoption and use of these tools” and seeking care, Morris added.

“This pandemic has challenged us to question old perceptions and policies, so that was a very positive thing,” he stressed.

“Innovation doesn’t necessarily have to be an ‘aha moment’ in a lab or something right in front of us,” he said. “It’s unfortunate we needed a pandemic or a challenge to sometimes see a barrier, and sometimes that barrier is us.”

5. A blood test for Alzheimer’s disease

This year, a possible breakthrough in Alzheimer’s disease research and treatment came in the form of a blood testTrusted Source that can diagnose this progressive form of dementia.

While the news is huge, the test is still in the trial phase.

If ultimately approved, a simple test for the condition would be a game changer.

There are as many as 5 million peopleTrusted Source living with Alzheimer’s in the United States, a number that will likely triple by 2060, according to the Centers for Disease Control and Prevention (CDC).

While this test has yet to go through all the proper approvals, a company distributed the first publicly available Alzheimer’s blood test this fall.

A look to the future

As 2020 comes to a close, experts are looking to a more hopeful new year.

For its part, Cleveland Clinic, which enters its centennial next year, released a list of the predicted top 10 innovations of 2021.

Morris said that while many think of this year as fraught and divisive — full of tragedy and setbacks — looking back at these innovations shows there’s always something to be grateful for and look forward to.

Elemento said that he expects “a biotech and pharma boom” in the next few years.

Citing the breakthroughs in gene therapies and genetic manipulation indicate what will be a continual embrace of this kind of medical technology.