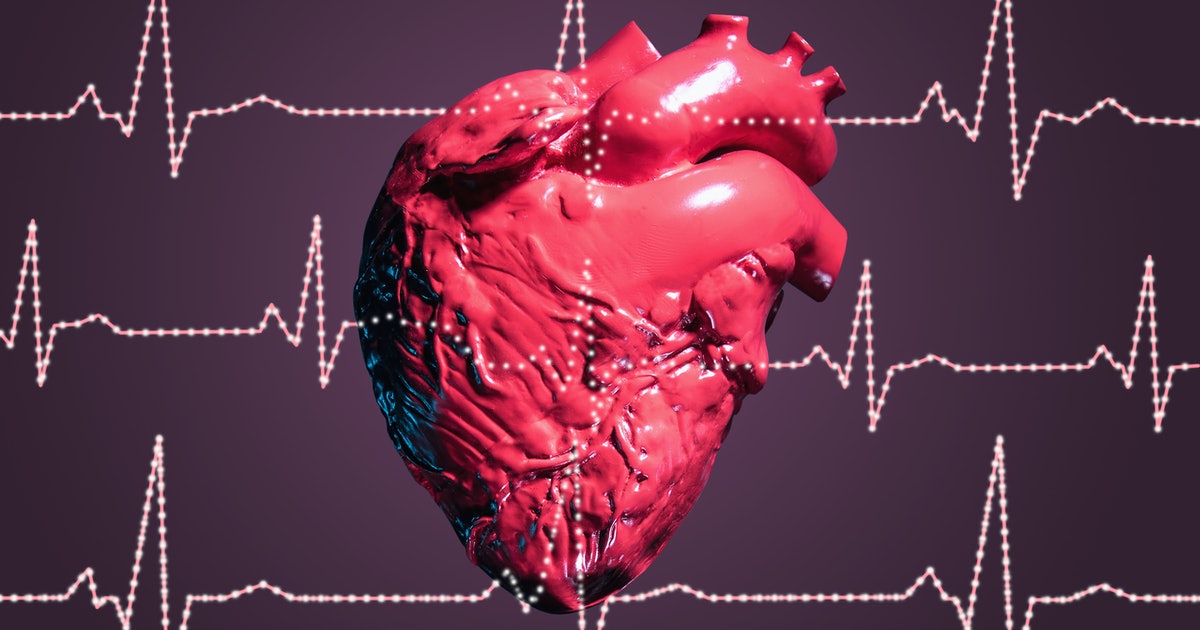 IN THE WINDOW BETWEEN TEENDOM AND ADULTHOOD, a quiet change unfolds. One by one, opportunities for physical activity drop away — whether it’s the PE class no longer required, the school sports team given up, or simply unstructured time averted toward new responsibilities.

‌“I did notice that a lot of our patients seemed to lose opportunities to remain physically active in their 20s,” Jason Nagata tells Inverse.

Nagata is a physician, an assistant professor of pediatrics at the University of California San Francisco, and the lead author of a new study published in the American Journal of Preventive Medicine examining adult physical activity and cardiovascular health. “I was interested in understanding those declines, and how they may be related to hypertension or high blood pressure,” Nagata says.

And according to the study findings, the amount of moderate exercise we actually need in a week to prevent high blood pressure — a key indicator of overall health — is more than the government’s recommended guidelines. A lot more.

“We found that especially in young adulthood, it seems like twice that level, about five hours a week, is required to prevent high blood pressure,” Nagata says.

To get to that estimate, Nagata and colleagues analyzed information gathered from a sample of 5,115 adults taking part in a long-term study.

“… ABOUT FIVE HOURS A WEEK IS REQUIRED TO PREVENT HIGH BLOOD PRESSURE.”

White and Black adults who took part in the Coronary Artery Risk Development in Young Adults study became involved in the research as young adults between 1985 and 1986. They completed questionnaires nine times over the following 30 years. The questionnaires asked about the frequency of various physical activities in the previous year; their blood pressure was also taken. The study participants were from Birmingham, AL, Chicago, IL, Minneapolis, MN, and Oakland, CA.

The study team crunched the numbers and found that, on average, all adults saw a steep decline in physical activity after transitions to college or the workforce.

Government guidelines from 2018 say adults over 18 should get a minimum of 150 minutes of moderate physical activity every week, or 2.5 hours total. The younger adults over 18 were mostly meeting these requirements, but as they aged, only some of them were able to avoid high blood pressure.

It turned out, only those who did around more than 300 minutes of physical activity a week — almost twice as much as the minimum the US Department of Health and Human Services recommends — avoided hypertension.

And the racial gaps were marked: African American adults, particularly women, got less physical activity than white adults and had higher rates of hypertension later on. This study didn’t get into why, but this disparity in physical activity has previously been attributed to factors like neighborhood environments (for example, lack of access to parks or exercise facilities), family responsibilities, and access to healthcare professionals in the past.

However, regardless of race, few adults overall were getting double the minimum recommendation.

WHY IT’S A HACK — Every ten years, a group called the Physical Activity Guidelines Advisory Committee submits a report, based on the latest evidence, to the Department of Health and Human Services.

This is the basis for a guideline from 2018 of between 150 and 300 minutes of moderate exercise per week for adults — the equivalent of around 10,000 steps.

Nagata says that the recommended time would be less (75 minutes) with “vigorous” exercise like running, swimming, biking faster than 10 miles per hour, basketball, football, snow-shoveling, or digging on a job.

But if the findings are right, the guidelines just aren’t enough — and adults need to exercise more, especially in early adulthood. According to the study results, 18 percent of adults who did do twice the recommended minimum of moderate exercise in early adulthood — or around five hours a week — were 18 percent less likely than those who did less exercise to develop high blood pressure later.

This is why it’s so important to find an activity you enjoy and stick with it, Nagata says. He compared exercising to yo-yo dieting: You might follow the plan for a little while, but if you don’t enjoy the process, it won’t stick.

“If you set a too-ambitious goal that’s not really sustainable, that may not last in the long run,” Nagata says. “Finding something that you really enjoy — maybe having a friend or a partner who you can do it with or joining a team or a class — can help with accountability.”

HOW THIS AFFECTS LONGEVITY — This study emphasizes the role of exercise in long-term health.

Research already suggests that the more you exercise, the better your heart will work — and the health of a cardiovascular system is closely associated with longevity. What’s new here is that the study actually defined the amount of exercise you might need to make a significant difference in a particular health outcome.

But it’s not just on the individual to make changes. Nagata says that medical professionals should also play a more active role.

“Doctors do ask about smoking and alcohol and check weight, but actually ask less and encourage physical activity less than some of those other factors,” he says. “I do think it’s something that doctors could assess at their physical exams or annual checkups for their patients.”

These findings are also likely to be taken into account for the next round of exercise guidelines, which can influence how funding for policies and programs promoting physical activity are distributed, and what public messaging is put out for adults. The findings on racial disparities also further underscore the needs of African American adults, who are already affected disproportionately by racial disparities in health care.