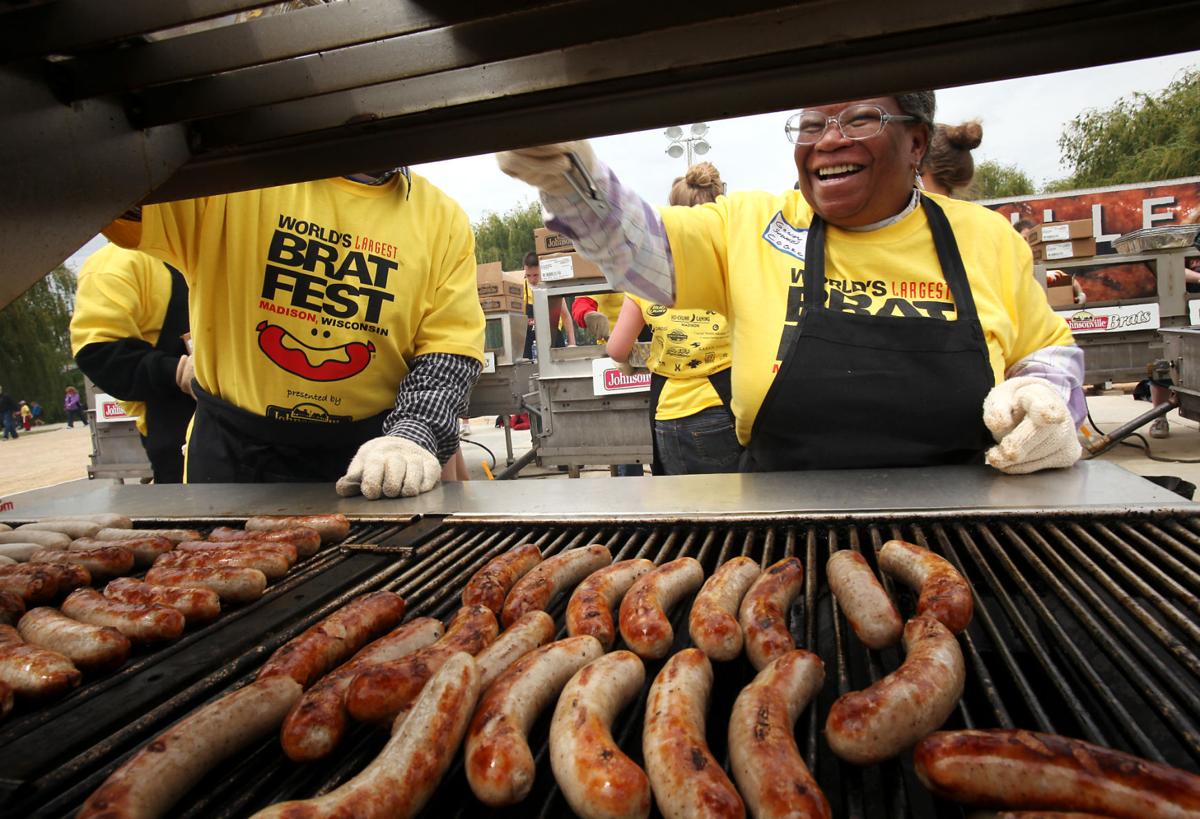 Restricting dietary intake of certain amino acids may reduce obesity and diabetes while increasing longevity, even though many athletes build muscle and derive other health benefits from supplements of the compounds, UW-Madison research suggests.

With cookout season underway, the findings are especially relevant in Wisconsin. Bratwurst and sausage have some of the highest levels of the protein building blocks involved, known as branched-chain amino acids.

Studies by campus scientist Dudley Lamming, mostly conducted in mice, point to a possible way to help ward off type 2 diabetes, heart disease and other conditions associated with being overweight or obese, as more than two-thirds of American adults are.

Reducing consumption of branched-chained amino acids, or BCAAs — used by some athletes to boost performance — improves metabolic health and lifespan, at least in mice, Lamming said. Some studies in people suggest it may do the same in humans.

“Most people are not athletes” and are heavier and more sedentary than recommended, said Lamming, whose most recent findings were published in May in the journal Cell Metabolism. “We think for that population (BCAAs) are broadly negative.”

The BCAAs are leucine, isoleucine and valine, three of the nine essential amino acids. Generally, 20 different amino acids can be combined to make a protein.

In recent decades, low-fat diets and low-carb, high-protein regimens like the Atkins and Zone diets have been popular ways to try to lose weight, with mixed success.

Several years ago, Lamming worked with researchers at Washington University in St. Louis on a randomized clinical trial of men with prostate cancer who were mostly overweight. Half of the men went on a short-term low protein diet, resulting in reduced fat and lower fasting blood glucose than those on a regular diet.

Lamming, an associate professor of medicine in the division of endocrinology, diabetes and metabolism at the UW School of Medicine and Public Health, had been studying a related enzyme and turned his attention to BCAAs.

A mouse study, in which food consumption can be carefully controlled and the response precisely measured, found a diet in which BCAAs were restricted by two-thirds improved glucose tolerance and body composition, Lamming’s lab reported in 2016.

In another study, obese, pre-diabetes mice given the BCAA-restricted diet became lean and had improved metabolic health, the team reported in 2018.

Male mice fed a low BCAA diet from a young age lived 30% longer, though that benefit was not found in female mice, according to a study published this January in the journal Nature Aging. The mice didn’t become more frail, which is a concern with low-protein consumption in people, especially older adults.

The study published in May homed in on icoleucine as having the biggest effect of the BCAAs. The research included an analysis of the reported regular diets of some participants in UW-Madison’s Survey of the Health of Wisconsin, finding a link between more consumption of isoleucine and higher body mass index.

Beef and pork, including in bratwurst and sausage, are among protein-rich foods with the highest levels of BCAAs, while turkey, almonds and some types of squash have relatively low levels, Lamming said.

In a small study at UW-Madison of middle-aged men with prediabetes and obesity, half had two meals a day mostly consisting of a BCAA-free powder. Results haven’t been published yet, and Lamming and his colleagues are trying to come up with more tolerable low-BCAA diets for future tests.

The research could lead to more refined diet recommendations for people who are obese or at risk for diabetes, and could prompt the discovery of drugs to prevent or treat the conditions, Lamming said.

Meanwhile, most people should try to exercise more or eat less protein, he said.

“If I was under the age of 65, I’d probably think about ways to decrease my protein intake a bit,” he said. “Pretty much everyone is eating too much protein.”