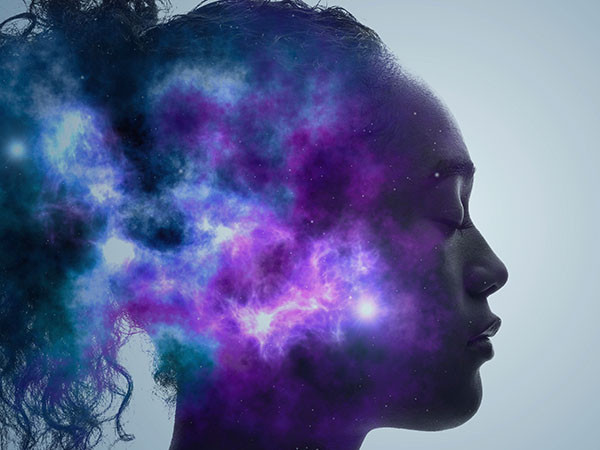 Recently, psychedelic drugs have once again taken popular culture by storm. From the psychedelic startup companies newly forming on Wall Street to a recent New York Times article that claims “psychedelic drugs are closer to medicinal use,” it seems that there is a renewed media and medical interest in acid (LSD), mushrooms (psilocybin), ecstasy (MDMA), ayahuasca, DMT (dimethyltryptamine), and ketamine.

As an author’s disclaimer, my own life has long intersected with psychedelic drugs. In 1979 (at age 14), I remember reading my father Lester Grinspoon’s book Psychedelic Drugs Reconsidered, which urged, with his usual prescience, an open-minded reappraisal about the therapeutic potential of this class of drugs.

According to Michael Pollan, “for most of the 1950s and early 1960s, many in the psychiatric establishment regarded LSD and psilocybin as wonder drugs” for treating depression, anxiety, trauma, and addiction, among other ailments. As these drugs came to be associated with the 1960s counterculture, and as stories began to surface about bad trips and psychotic breaks, “the exuberance surrounding these new drugs gave way to moral panic.” Now the pendulum is swinging back, and the interest in their usefulness as a tool to help treat a variety of psychiatric conditions is rapidly growing.

Psychedelic drugs are a loosely grouped class of drugs that are able to induce altered thoughts and sensory perceptions. At high doses some of them, such as LSD, can cause visual hallucinations. Many people have heard of “magic mushrooms” which contain the active ingredient psilocybin. Psilocybin can also alter perceptions and cause hallucinations at high doses. Other drugs, such as ecstasy, primarily affect one’s mood and sensation of closeness with others. Still others, such as ketamine, have traditionally been used as anesthetics, but also act as hallucinogens and can cause dreamlike states. Ayahuasca, which is found in the jungles of South America, has been used by traditional cultures for centuries. While these drugs and medicines are loosely described under a general rubric, there are big differences between them.

How do psychedelics work?

According to Dr. Jerrold Rosenbaum, the director of the newly created Center for the Neuroscience of Psychedelics at Massachusetts General Hospital and former psychiatrist-in-chief at MGH, the short answer is, “Psychedelics induce the brain to change transiently in ways that appear to allow a reset to take place and permit alterations in previously ‘stuck’ ways of feeling and thinking about things.” There are likely several ways in which psychedelics can accomplish this: new connections are briefly made in neural networks while the resting state of the brain (or the “default mode network”) loses connectivity — then it restores itself. “It’s like rebooting your computer.” This is how stuck patterns of thinking are thought to shift. Also, new connections between neurons are formed, a process that is called neuroplasticity. Finally, the psychedelic drugs themselves can put patients into a transient state where they can better process memories, feelings, and past trauma, and can “reemerge with a new perspective on them that is freeing and healing” — also called psychedelic-assisted therapy.

Is there evidence for using psychedelics medicinally?

To the extent that research has been allowed on drugs and medicines that aren’t yet legal, the answer is an increasing and resounding yes. A 2021 study in JAMA Psychiatry concluded that “This randomized clinical trial found that psilocybin-assisted therapy was efficacious in producing large, rapid, and sustained antidepressant effects in patients with major depressive disorder.” Another 2021 study in the New England Journal of Medicine showed that patients with moderate to severe major depressive disorder who received two doses of psilocybin did just as well — if not better — at six weeks than patients who received daily dosages of escitalopram (an antidepressant medication). A 2021 study from Nature, which was a randomized, double-blind, placebo-controlled study (the gold standard for research), showed that “MDMA-assisted therapy is highly efficacious in individuals with severe PTSD, and treatment is safe and well-tolerated.”

There have been many studies of ketamine as a treatment for depression that does not respond to other treatments. And it has been approved as an option for selected patients with treatment-resistant depression.

There is also great interest in the use of psychedelic medicines in hospice/end of life care. These medications can help people overcome their fear of death, and can help make the process of dying a more meaningful and spiritual experience.

What are the pros and the cons?

Some of these drugs, such as MDMA, are considered to be potential drugs of misuse, given the euphoria they can cause. Possible adverse effects of some psychedelics could include dizziness, drowsiness, extreme dissociation from reality, panic attacks, and nausea. Their illegality makes them more dangerous, and people using street drugs can suffer medical complications from taking contaminated drugs.

Despite their burgeoning promise in the field of psychiatry, psychedelic drugs are not yet considered to be mainstream medicine, and their use is still largely condoned only in experimental or monitored settings. These substances can cause severe impairment and should not be used without a guide who is not under the influence, who can provide calming support and/or call for help if someone is having a bad trip or an adverse reaction.

On the plus side, for the conditions described above, they present a novel and incredibly promising treatment avenue for some of the most difficult-to-treat psychiatric conditions, such as PTSD or treatment-resistant depression. With proper supervision, they are relatively safe. Some patients say the experience of psychedelics can truly be life-altering. This is thought to be in part because the use of psychedelics frequently helps people to experience what is best described as mystical experiences, and that these experiences have been associated with improved outcomes.

As my father said in a 1986 paper, referring to psychedelic drugs, “The problem is not so much how to get these drugs off the streets, but how to get them back in the laboratories, hospitals, and other supervised settings.” Just because a drug can be enjoyed or misused, or has been associated with a counterculture or a particular set of political values, that shouldn’t mean that it ought to be locked away forever — especially when there is promising evidence of potential benefit for some of the cruelest conditions that affect humanity.

It is incredibly exciting to see what the future of psychedelic therapy holds.