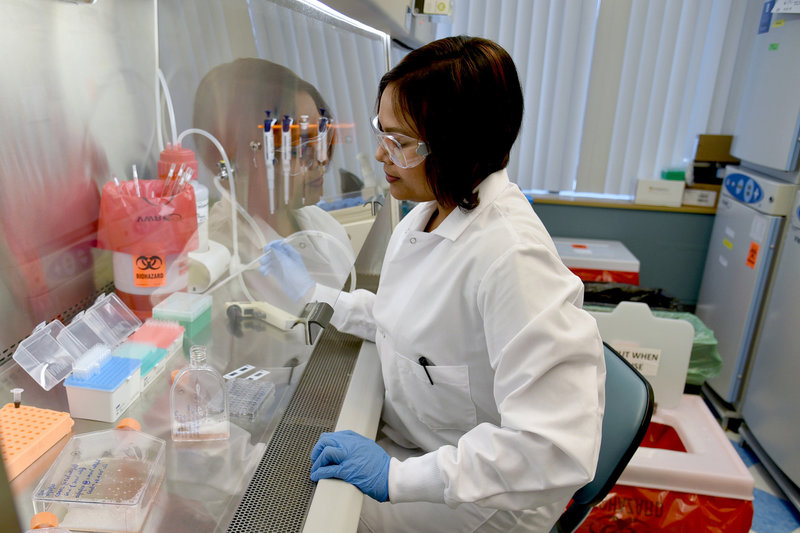 A vaccine that prevents the recurrence and development of breast and ovarian cancers could become available in less than a decade, according to researchers at the Mayo Clinic in Jacksonville, Florida.

The researchers developed an immunotherapy treatment that trains the immune system to recognize and kill breast cancer cells. Based on the results of early-stage clinical trials, the vaccine seems to have successfully removed cancer cells in one patient, and another is showing positive results.

“It’s supposed to stimulate a patient’s own immune response so that the immune cells, like t-cells, would go in and attack the cancer,” Dr. Saranya Chumsri, an oncologist at the world-renowned medical center, told First Coast News.

Before the vaccine could be made available to a large amount of patients, it would need to pass the Food and Drug Administration’s phase 3 trials, a process that probably won’t start for another three years. But the researchers are confident their treatment will withstand the screening.

“It is reasonable to say that we could have a vaccine within eight years that may be available to patients through their pharmacy or their doctor,” Mayo Clinic investigator, Keith L. Knutson, Ph.D., told Forbes.

Since the 1990s, immunotherapies have increasingly become an area of interest among medical researchers who seek to defeat cancer without simultaneously destroying healthy cells in the body, as chemotherapy and radiation does. Immunotherapy is, in theory, is the ideal solution. But one major obstacle is that all cancers are different, so it’s unclear when or whether immunotherapies will be able to treat the more than 100 types of cancer currently known to scientists.

Still, researchers are currently exploring a variety of immunotherapies, and the global immunotherapy drug market is expected to grow to a valuation of $101.6 billion by 2023.

“Other individuals are working on lung and prostate and other cancers,” Knutson said. “Some are very similar to the approaches we are taking, but there are different cellular processes that have gone wrong in different cancers.”

Chumsri and Kutson both said that early clinical trials of a variety of immunotherapies are showing positive signs.

“We have seen early signals that our vaccines have a very positive impact on disease,” Knutson said. “We are building on that foundation.”