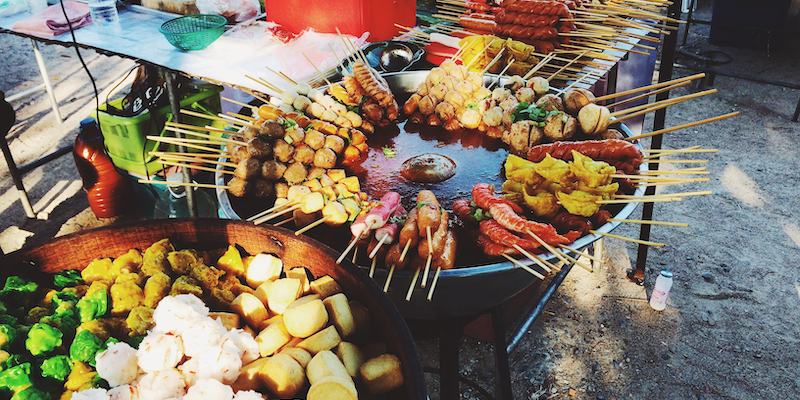 What you eat can have a huge impact on your health. Like you, the editors and writers at PhysicianSense love the occasional takeout egg rolls or a sausage-loaded pizza. From a nutritional health standpoint, however, it pays to branch out, embracing regional cuisines outside of the standard American diet (also somewhat appropriately known as the SAD). Whether a diet revolves around heart-healthy seafood or native vegetables and spices known for supporting the immune system, there are plenty of health-boosting options.

Here are some of the healthiest regional cuisines you may want to consider trying.

Commonly referred to as the Mediterranean diet, Greek cuisine is considered one of the healthiest in the world. The Greek diet is largely based around virgin olive oil, which can decrease blood pressure and, when consumed frequently, can help prevent strokes and cardiovascular disease. The Greek diet also relies heavily on numerous vegetables, fruits, tree nuts, seeds, and whole grains. Greek cuisine emphasizes a moderate intake of dairy, fish, and other seafood, and very low amounts of alcohol consumption (usually red wine, one of the most heart-healthy alcohols when consumed responsibly, due to its antioxidant properties). The Mediterranean diet is also known for its low consumption of red meat and other meat-related products, which can increase the risk of cardiovascular disease if consumed regularly.

A diet based around natural foods, like Greek cuisine, can help prevent pancreatic cancer, a highly aggressive form of cancer that research shows is heavily influenced by dietary factors. Steady adherence to a Greek diet has also been associated with lower rates of obesity, metabolic syndrome, type 2 diabetes, and neurodegenerative diseases, such as Alzheimer’s and Parkinson.

Emphasizing seafood and vegetable consumption, it may not be surprising to see Japanese cuisine made the list for its numerous health benefits. In fact, Japan’s traditional Washoku diet of fish and soy products has been linked to longer life expectancy. The evidence can be found especially in Okinawa, a region of Japan with a high number of centenarians, giving Japan some of the highest rates of life expectancy in the world.

Okinawa is also known for practicing Hara Hachi Bu, a diet regimen that emphasizes moderation and that roughly translates to, “Eat until you’re 80% full.” Practicing such moderation prevents overeating, which can be a key contributor for gaining weight and increasing the risk of cancer and other chronic health issues, according to health experts at the Cleveland Clinic.

Japan’s cuisine mostly consists of fish and soy, with limited consumption of animal fat and most meats. A diet composed mostly of fish is also associated with heart-healthy fish oils, which can help reduce inflammation, increase brain function, bodily growth and development, and can also decrease the risk of cardiovascular disease and arthritis. Japan’s soy products, such as miso and tofu, are known for reducing high blood pressure and glucose levels, and offer plenty of iron, zinc, and potassium.

Many traditional dishes associated with Japanese culture revolve around naturally healthy products that boost many bodily functions. Antioxidant-rich green tea is known for combating physical aging in skin, and is also attributed to reducing the risk of age-related diseases such as heart disease and cancer. Calcium-packed Japanese foods such as bok choy and shiitake mushrooms support bone structure, reduce LDL cholesterol , and increase HDL cholesterol.

According to a yearly ranking of the healthiest countries–taking into account such factors as obesity, blood pressure, and life expectancy–Spain was found to be the healthiest country, and Spanish cuisine may be a contributing factor. Similar to Greece’s Mediterranean diet, Spain’s cuisine is largely composed of fruits, vegetables, legumes, and fresh fish, as well as limited consumption of poultry and red meat–all of which is found to help prevent cardiovascular disease. For its main source of fat, the Spanish diet heavily relies on olive oil, which has been attributed to decreasing the risk of strokes and cardiovascular diseases. Other traditional Spanish dishes, like gazpacho, are high in antioxidants, known for their cancer-combative properties, and rich in vitamin C, which can decrease oxidative stress and inflammation.

The most distinct feature in Spain’s diet is the inclusion of tapas, smaller plates of food that are usually served as an appetizer, but can also be combined with other tapas dishes for a full meal. In terms of portion control, tapas are a perfect alternative option to avoid overeating. Even if you want to mix and match your tapas dishes, the smaller portion sizes allow you to counterbalance the unhealthiness of one large meal with the beneficial properties of several smaller ones. That way, you can still order a small plate of chorizo without overdoing it, and balance your meal with a salad on the side.

Indian cuisine is known for blending numerous healthy spices and natural ingredients in dishes that are nutrient-dense. In fact, Indian cuisine is so beneficial, India’s practice of Ayurveda, a system of medicine that has been around for more than 3,000 years, utilizes numerous spices found in India as a natural remedies and treatments for a variety of illnesses. Some of the main spices used in many Indian dishes include the antioxidant curcumin, a spice known for helping prevent inflammation, cancer, and Alzheimer’s. Other staple ingredients of Indian cuisine include coriander, a spice that fortifies cells and combats fungal infections and cancer. Cardamom, another Indian spice, assists in digestion, helps prevent vomiting, lowers high blood pressure, treats asthma, diarrhea, and epilepsy, and is used in Ayurveda medicine to fight cardiovascular, stomach, aspiratory, liver, kidney, and lung illnesses.

Indian food relies heavily on a wide variety of vegetables. According to data compiled by World Atlas in 2019, India has the highest concentration of vegetarians in the world, with just under 40% of the population eschewing meat. Many Indian dishes blend traditional Indian vegetables with their famous spices for widely beneficial results. For example, the recipe for Indian dal calls for vegetables and potassium-packed lentils, the latter of which is known for reducing the risk of cancer, diabetes, obesity, cardiovascular disease, and colon-related illnesses.

Similar to Indian cuisine, Thailand’s regional diet relies heavily on spices known for their health benefits. Spices common to Thai food include ginger, coriander, turmeric, lemongrass, and chili peppers–all of which can have immune-boosting properties, prevent chronic diseases, and lower cholesterol. Coconut milk, another common ingredient in many Thai dishes, has also been shown to decrease LDL cholesterol and increase HDL cholesterol, lowering your risk of suffering from heart disease and strokes.

Additionally, Thai cuisine is known for blending fresh vegetables, fruits, and fish to create signature dishes, many of which have restorative and beneficial properties, according to the Journal of Ethnic Foods. Kaeng Liang, a low-calorie vegetable soup, is high in fiber and a great source of vitamins, minerals, and beta-carotene, which can help keep your eyes, skin, and immune system healthy. Nam Bua Bok, a traditional Thai drink made from pennywort juice, is also shown to have anti-inflammatory properties.

There is no shortage of healthy food options in Thai cuisine. Many Thai dishes rely on natural ingredients and spices that are equal parts nutritious and delicious.

The world’s many regional cuisines are packed with health benefits.The next time you dine out, we suggest trying: