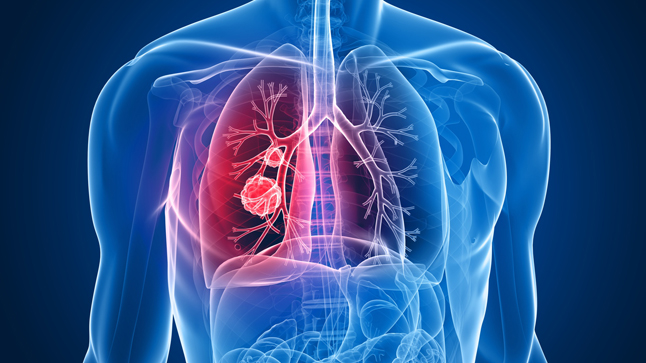 That’s the beauty of science. Anything can be intellectual.” 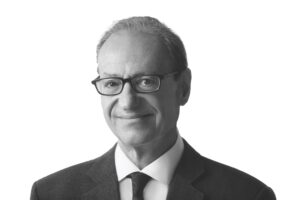 Immunotherapy has cemented itself as a standard of care across multiple lung cancer indications, but investigators continue to seek solutions that may help broader patient populations in the future.

Perez-Soler has been a part of many innovative trials, and one recent study in particular explored the use of inhaled azacitidine to treat patients with stage IV or recurrent non–small cell lung cancer (NCT02009436), which he details in his interview with ONCOLOGY®.

Q: How far has immunotherapy come in the lung cancer space?

A: I’m not involved personally in the newest trials, which is an advantage and a disadvantage. The advantage is that you can look at things from a distance. We really started extremely well by showing that pembrolizumab [Keytruda] alone [works] in patients who have more than 50% PD-L1 [expression]. That’s a great response, and the long-term survival is significant. Then, [in patients with lower than 50% PD-L1 expression], we also partner it with chemotherapy, and we get very good results.

[We’ve seen] the development of the immunotherapy combination ipilimumab [Yervoy] and nivolumab [Opdivo],1 which is still trying to find a home in a way. This is probably a good option for some patients, particularly those who are PD-L1 negative. The main problem is the added toxicity; that’s what people claim to be the disadvantage. The combination is looking for a home, but the addition of ipilimumab is doing something.

The other [challenge] is trying to find better biomarkers to predict who is going to respond best to these [agents]. PD-L1 has been useful, but it’s not perfect. Other elements determine whether you’re going to respond, and in all investigations, we try to answer that question. There’s a real need to better understand which patients will benefit the most from this approach.

There’s no question that immunotherapy has represented the major events in lung cancer treatment in the last decade. In the prior decade, [we saw] EGFR inhibitors, ALK inhibitors, and other inhibitors of the different pathways…. It is good to see that the RAS target eventually has resulted in a drug that is active there; that’s a success, especially in [the context of] precision medicine. The interesting question here is that those patients who have actionable mutations tend to be the ones who respond least to immunotherapy.

Among patients with lung cancer, those in the nonsmoking population tend to have targets that we effectively treat. Then, the smokers have tumors that are highly immunogenic with a lot of new antigens. Immunotherapy seems to be the way to go. We don’t know how to administer therapy for the others. For patients who can’t use targeted therapies, we always hoped we could use immunotherapy when those compounds fail. However, we found out that immunotherapy doesn’t work as well, which in turn shows us that those tumors are not immunogenic.

Q: Are there any studies exploring biomarkers other than PD-L1 for immunotherapy response?

A: I’m not aware of any definitive ongoing study, but I know exploratory studies are [continuing]. The problem is that once we have drugs approved for patients, it is very difficult to do definitive studies. This happens because [once] the drug is approved [and] you want to study whether a certain biomarker predicts response or lack of response in some patients, then you must randomize patients based on your biomarkers. This means that some patients will be treated with immunotherapy [and some will not]. It is difficult to recommend that patients [not receive] immunotherapy because of the [known] response.

It’s typical to continue investigating the drug after the drug is available. This leaves us with retroactive analyses that are more exploratory, but they are never definitive.

It’s very hard to change the package insert and the indication based on a retrospective study. [For example], it was found that patients with colorectal cancer and KRAS mutation will not respond to cetuximab [Erbitux].2 It’s very hard in studies like this to find volunteers, because you must do a study for those in whom the drug won’t work.

Q: What unanswered questions about lung cancer would you like to see answered by research?

A: Every doctor has things that we believe should be studied; that’s the beauty of science. Anything can be intellectual, where 1 person may think something is going to work out [but] a million more people say, “that will never work.” At the end of the day, we don’t know which idea will lead to the next breakthrough. We must choose which studies we believe are important based on educated guesses, intuition, and assessing the situation.

I’ve always been interested in investigating diseases in their early stages. For example, why does it take tobacco about 30 years to produce lung cancer? Some of the questions I ask when investigating are: What are the changes that happened as these people continued to smoke for years and years? Will there ever be any possibility of discovering a target that we could intervene on early? Will there ever be a treatment that could reverse this damage when it is not lung cancer yet, but premalignant damage? I’ve always been interested in that area because I really believe that prevention is better than treatment.

What can we do for those who are going to smoke no matter what? How can we reverse the damage? It’s a very controversial approach because if you tell smokers that you now have an antidote, they will smoke as much as they want and still take the treatment. A way to make tobacco safe rather than unsafe—that would represent progress, but it’s very controversial. Over the last few years, this has become [the research I’m interested in].

Q: Can you discuss some of your research?

A: In the [inhaled] azacitidine trial we conducted with Haiying Cheng, MD, PhD, and Yiyu Zou, PhD, we understood that the poison came from the inhalation of smoke, so we thought maybe the solution could come through inhalation as well. It would mimic the treatment of asthma [wherein patients would] utilize bronchodilators and reduce the obstruction of the airways. It was really a very early experiment, and we were able to get it to patients and show that it’s not toxic. I hope somebody else will lead this study and continue it.

These are long-term projects, so it’s all about how you continue once you start. I would love to see someone continue. We’re the only ones doing this. I started in 1991 with the first clinical study that included an antibody against EGFR, and people were telling me this will never work.3 However, that became the first study with an anti-EGFR compound. This was the first completed phase 1 dose-escalation study, but many people didn’t believe in it.

Q: Can you discuss some newer research in lung cancer with regard to the latest targets, new immunotherapies, or new combinations?

A: Right now, I am very impressed by the results, understanding, and mechanism of resistance of immunotherapy. Immunotherapy works in some patients but doesn’t work in others. I think that’s a very intriguing question, and a lot of smart people want to contribute. Everybody’s jumping on it. Young investigators have that scientific curiosity, and they are convinced that something could result in improving therapy.

One thing I find fascinating is that the immune system can attack these tumors if we can neutralize the mechanism that the tumors developed to prevent that attack. There must be ways by which certain patients do not respond to these mechanisms, and they are able to neutralize the defense. I’m pretty sure that’s going to be less complicated in deed than in words when we find it.