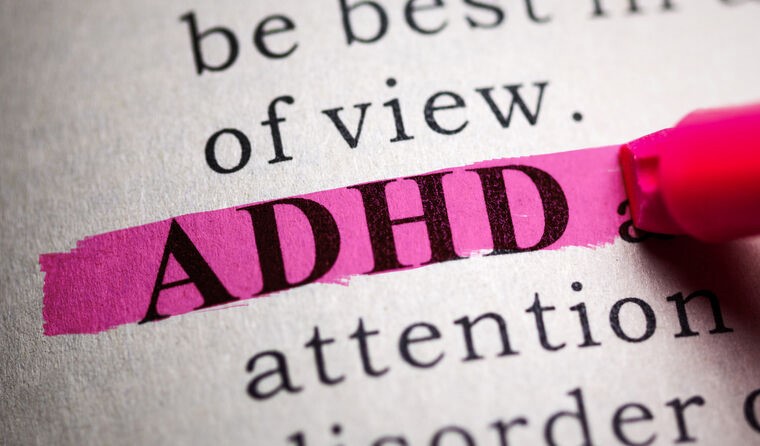 That is Dr James Best, Chair of RACGP Specific Interests Child and Young People’s Health. He is talking to newsGP about new research, published in JAMA Network, that he believes is likely to fan the flames on this debate.

For this study, researchers performed a systematic scoping review of 334 published studies in children and adolescents and concluded that attention deficit hyperactive disorder (ADHD) is overdiagnosed.

Study author Ms Luise Kazda, PhD candidate and research assistant at the University of Sydney, told newsGP she is aware of the conflicting beliefs surrounding ADHD diagnosis and treatment.

‘There’s been a lot of controversy around it in the last years or so,’ she said. ‘[Some people say], “Oh, it’s so overdiagnosed,” and other people say, “No, it’s really lacking awareness”.’

Ms Kazda says the first issue that surprised her when researching the topic was the lack of robust evidence.

‘There’s a lot of opinion pieces, but very little evidence,’ she said.

One of the key findings of her research was that diagnosis of ADHD has increased worldwide since the 1980s.

‘Similarly, medication rates have been going up quite dramatically in some countries,’ Ms Kazda said.

What makes those numbers more intriguing, she says, is that there was no corresponding increase in ADHD symptoms during that time.

‘Children now, on average in the population, are just as symptomatic as they were 20–30 years ago,’ she said.

‘So there hasn’t been this huge increase in all these children being now hyperactive or inattentive; that’s really remained very steady.’

Ms Kazda says the trend towards diagnosing children ‘who are the youngest in their year at school’ indicates that more children are being diagnosed because of their ‘relative immaturity’.

She also worries that ‘widening’ the parameters for diagnosis may lead to reduced benefits to medication and increased adverse outcomes.

‘All these things together really showed us … that there’s more and more milder children being diagnosed [with ADHD], so kids with borderline symptoms,’ she said.

The paper concluded there was ‘convincing evidence’ of ADHD overdiagnosis and overtreatment in children and adolescents. Researcher Ms Luise Kazda says ‘the lower you set the bar for diagnosing ADHD’, the more likely it is kids will reach it.

Dr Best agrees the paper shows a ‘fairly compelling amount of evidence’ that the rate of diagnosis and use of medication have both increased over the years, adding that these points are ‘very well known’.

He questions the conclusion, though.

‘What I am surprised at is the conclusion of the authors that they found “convincing evidence of ADHD overdiagnosis and overtreatment in children and adolescents”,’ Dr Best said. ‘I don’t think they did.

‘Just because there’s been an increase in rate and an increase in issuing medication, and that the increased rate is apparently skewed more towards milder cases, to me that is not compelling evidence of overdiagnosis and overtreatment.

‘They say that further research is needed, but then they also say that very strong statement “that we found convincing evidence of ADHD overdiagnosis and overtreatment”.’

Not only does Dr Best question that statement, he worries about the potential implications on clinicians, patients and their families who read about these findings.

‘I think it could potentially cause alarm,’ he said. ‘I think you have to be cautious in your conclusion, and I don’t think this [research] has been.’

However, Ms Kazda stands by the conclusions of her research.

‘There were loads of studies that showed us that there is a huge potential for overdiagnosis [of ADHD],’ she said.

She believes there are many children who display ADHD-like symptoms ‘to some level’.

‘And because ADHD is on a continuum… the potential to diagnose more and more children is obviously there by lowering the threshold,’ Ms Kazda said.

‘Because the lower you set the bar, the more kids will be able to jump over it.’

Dr Best says this can be viewed differently.

‘If we’re looking [harder for ADHD], we’re going to find milder cases because the more severe cases would have stood out earlier,’ he said. ‘So I don’t think that’s a surprise at all.’ However, Ms Kazda worries about the long-term effects of overdiagnosis and overtreatment.

‘The research that we did find suggested that children with mild symptoms [who are diagnosed with ADHD] fare worse than children with the same symptoms that aren’t diagnosed – and that’s for academic outcomes as well as social and psychological outcomes,’ she said.

‘Additionally, the treatment doesn’t benefit them as much.’

Ms Kazda says there is ‘quite good evidence’ for treating children with severe ADHD.

‘But for children with milder symptoms, the treatment benefits are much less so they might even not benefit from treatment at all,’ she said.

‘On balance, these children are much more likely to be harmed by diagnosis and subsequent treatment than they are to benefit.

‘So we concluded in our review that we think there’s a really high potential for this group of borderline kids to be overdiagnosed and actually be harmed by a diagnosis.’

But Dr Best is keen to point out there are also harms associated with untreated ADHD.

‘If you have someone who has behavioural issues, dropping self-esteem and confidence, ADHD can be very disheartening, not only for the child but the family as well,’ he said.

‘That doesn’t mean that every kid with ADHD should be given medication by any means, but we also know that ADHD has been underdiagnosed previously, and possibly still is.’

Dr Best says that while 5–7% of children are affected with ADHD, only 1–2% are given stimulant medication.

‘So because this is a spectrum of behaviours that are presenting, and these can be vague and subjective to assess, there is likely to be some overdiagnosis,’ he said.

‘But also I think there are lots of kids out there who are not being treated who should be.

‘It can be a very difficult call to make clinically, and there are all sorts of other factors that come into it, such as the attitude of parents [to medication] and other issues.’

Ms Kazda says her research focused on overdiagnosis of ADHD, not misdiagnosis or underdiagnosis, but says both of those are ‘important complementary issues’ that have a place in broader discussions on care.

‘Our main point is the need for recommendations for clinical care to be based on the best available research, which is what we have endeavoured to provide, and which is why we point out the huge gap of evidence,’ she said.

Instead of diagnosing children with ADHD early on in the process, Ms Kazda says her team recommends adopting a ‘stepped diagnosis’ approach.

‘Our suggestion was to maybe look into that further,’ she said.

‘For parents, teachers and also doctors involved to see whether it might be possible to support these children and their families … without giving them a diagnosis; taking more of a “wait and watch” approach,’ she said.

‘I don’t mean leaving those children out in the rain.

‘But it might be better to not label them straight away; to not send them out into the world [saying], “You’ve got ADHD,” but to support them in a team of teachers, parents and doctors and just watch them for a while and see how they go.’

While Dr Best understands this thinking, he worries that adopting such an approach may see children and adolescents who could find benefit from treatment miss out on that opportunity.

‘Even though I am not a stimulant prescriber, I’m a GP who deals a lot with paediatric patients with ADHD and I see some really tremendous benefit from putting kids on medication at times,’ he said.

‘I think you need to look at both sides of the coin.’