Researchers at Tel Aviv University are offering a new explanation for the familiar scenario in which women bring a sweater to work while their male counterparts feel comfortable wearing short sleeves in an air-conditioned office: a built-in evolutionary difference between the heat-sensing systems of the two sexes related to the reproduction process and the caring of offspring, among other traits.

The researchers concluded that this phenomenon is not unique to humans, with many male species of endotherms (birds and mammals) preferring a cooler temperature than females.

The study was led by Dr. Eran Levin and Dr. Tali Magory Cohen from TAU’s School of Zoology and the Steinhardt Museum of Natural History; Yosef Kiat from the University of Haifa; and Dr. Haggai Sharon, a pain specialist from TAU’s Sackler Faculty of Medicine and the Tel Aviv Sourasky Medical Center (Ichilov Hospital).

The article was published in the journal Global Ecology and Biogeography.

The new study included a statistical and spatial analysis of the distribution of dozens of bird and bat species living in Israel, along with a comprehensive review of international research literature on the subject.

Levin, who studies the physiology and behavior of bats, noted that during the breeding season, males and females tend to segregate with the males inhabiting cooler areas. Entire colonies in caves on the slopes of Mount Hermon are composed of only males during the breeding season while in the warmer area of the Sea of Galilee, there are mainly females, who give birth and raise their pups there. It was this phenomenon that aroused his curiosity.

A study of the research literature reveals several examples of a similar phenomenon being observed in many species of birds and mammals. In migratory bird species, males spend the winter in colder areas than females. Among mammals, even in species that live in pairs or mixed groups all their lives, the males prefer shade whereas the females prefer sunlight, and the males ascend to the peaks of mountains while the females remain in the valleys.

‘A difference between female and male heat-sensing mechanisms’

Following the literature review, the team conducted their own research. They sampled information collected in Israel over the course of nearly 40 years (from 1981 to 2018) on thousands of birds from 13 migratory bird species from 76 sites using data from Birdlife Israel and the Steinhardt Museum of Natural History, and 18 species of bats from 53 sites using data from the researchers themselves and the Society for the Protection of Nature. In total, the study included more than 11,000 individual birds and bats from Mount Hermon in the north to Eilat in the south.

The reasoning behind the choice of birds and bats is the fact that they fly and are therefore highly mobile. The researchers hypothesized that the spatial separation between the sexes—sometimes extending to different climatic zones—would be particularly clear in these groups. Moreover, Israel’s significant climate diversity allowed them to study individual animals of the same species that live in very different climatic conditions.

The findings clearly demonstrated that males prefer a lower temperature than females and that this preference leads to a separation between the sexes at certain periods during breeding cycles, when the males and females do not need, and may even interfere with, each other.

“In light of the findings—and the fact that this is a widespread phenomenon—we have hypothesized that what we are dealing with is a difference between female and male heat-sensing mechanisms, which developed over the course of evolution,” explains Levin. “This difference is similar in its essence to the known differences between the pain sensations experienced by the two sexes, and is impacted by differences in the neural mechanisms responsible for the sensation and also by hormonal differences between males and females.”

Dr. Magory Cohen notes that this difference has a number of evolutionary explanations. First, the separation between males and females reduces competition over resources in the environment and keeps away males who may be aggressive and endanger the babies. Furthermore, many female mammals must protect their offspring at a stage when they are not yet able to regulate their body temperature on their own, so they developed a preference for a relatively warm climate.

“The bottom line is, going back to the human realm, we can say that this difference in thermal sensation did not come about so that we could argue with our partners over the air-conditioning, but rather the opposite,” conclude Levin and Cohen. “It is meant to make the couple take some distance from each other so that each individual can enjoy some peace and quiet. The phenomenon can also be linked to sociological phenomena observed in many animals and even in humans in a mixed environment of females and males. Females tend to have much more physical contact between themselves, whereas males maintain more distance and shy away from contact with each other.” 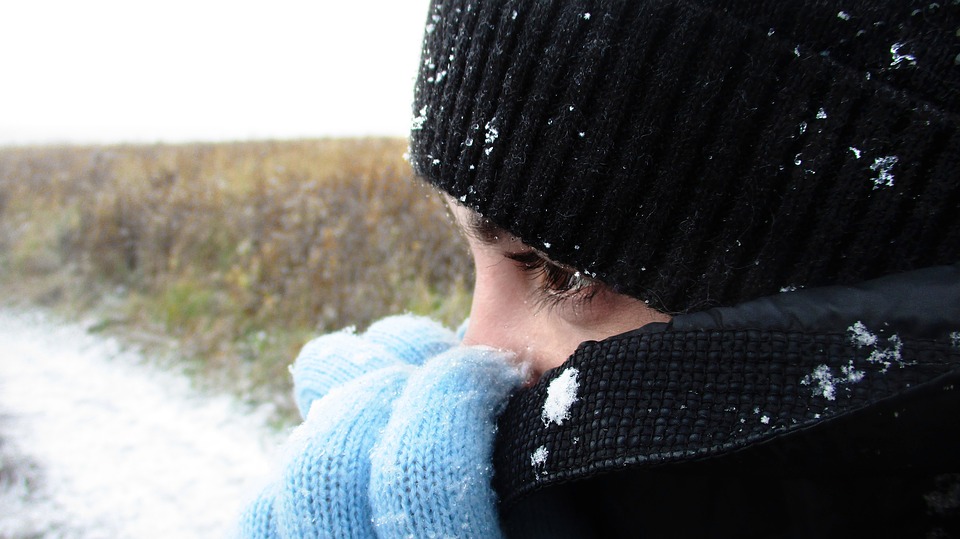 There is a scientific reason why women feel colder than men, according to researchers at Tel Aviv University. Credit: Pixabay.